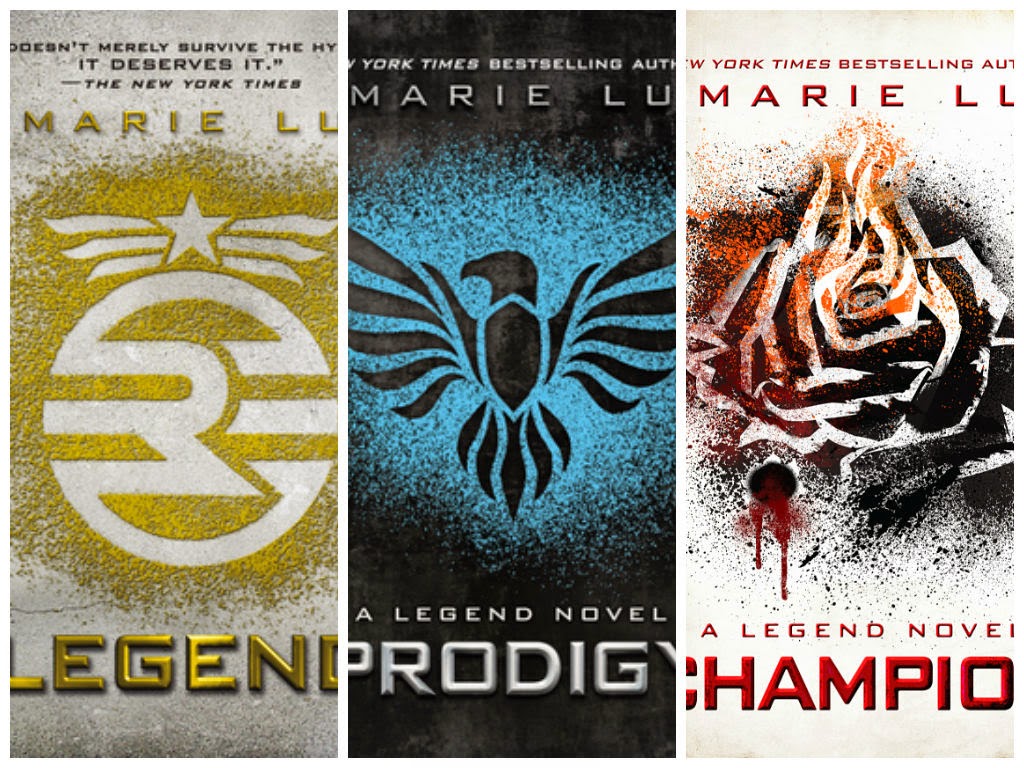 The Legend Trilogy by Marie Lu is the fast-paced dystopian kick you’ve been waiting for.

As a fan of the dystopian genre, I went into ‘Legend’ with extremely high expectations. However, as high as my expectations may have been, I was blown away by the epic feel of ‘Legend’. In fact the same can be said for the whole trilogy. I can only stand up and cheer for the epic story created by Marie Lu in her debut series ‘Legend’.

What was once the western United States is now home to the Republic, a nation perpetually at war with its neighbours. Born into an elite family in one of the Republic’s wealthiest districts, fifteen-year-old June is a prodigy being groomed for success in the Republic’s highest military circles. Born into the slums, fifteen-year-old Day is the country’s most wanted criminal. But his motives may not be as malicious as they seem.

From very different worlds, June and Day have no reason to cross paths—until the day June’s brother, Metias, is murdered and Day becomes the prime suspect. Caught in the ultimate game of cat and mouse, Day is in a race for his family’s survival, while June seeks to avenge Metias’s death. But in a shocking turn of events, the two uncover the truth of what has really brought them together, and the sinister lengths their country will go to keep its secrets.

The Legend Trilogy by Marie Lu is the fast paced dystopian kick you’ve been waiting for. Told from the dual perspectives of Day, a most-wanted criminal and a legend to the people, and June, an elite student and a prodigy to the people. Both characters are essentially the product of broken and dysfunctional homes and so, when they cross paths, there is an instant connection between the two. As well as this, the conflicting personalities of our main characters clash in what has to be some of the most hilarious banter ever.

Set in the Republic of America, ‘Legend’ deals with themes of corruption at the highest level. The government running the Republic is immediately defined as been corrupt to the core. Although typical to dystopia, the depth of detail Lu commits to the world building within the government of this story immensely strengthens all aspects of the story. As well as this, the series deals with themes of betrayal, standing up for what is right and challenging authority with dauntless level courage.

Our two lead characters carry the story perfectly. They are both so awesome that it is hard to pick a favourite. June, the prodigy, works with a precise accuracy in everything she does, which Marie Lu weaves into writing with snappy short sentences. Day, the legend, is intelligent in more of a freelance way to June, but his style and awesomeness is again reflected in the writing style.

The writing style fits the overarching storyline so well. The short snappy style of Marie Lu’s writing reflects the perspective of each character so well. Lu’s straight-to-the-point style of writing gives readers a perfect insight into the world in as little word space as possible.

As a whole, the ‘Legend’ trilogy is as fantastic as it is hyped up to be. With two incredibly strong leads, an epic dystopian plot and a writing style that is enjoyable for all, ‘Legend’ doesn’t merely survive the hype, it deserves it.

The characters, the plot and the writing — it’s all good.