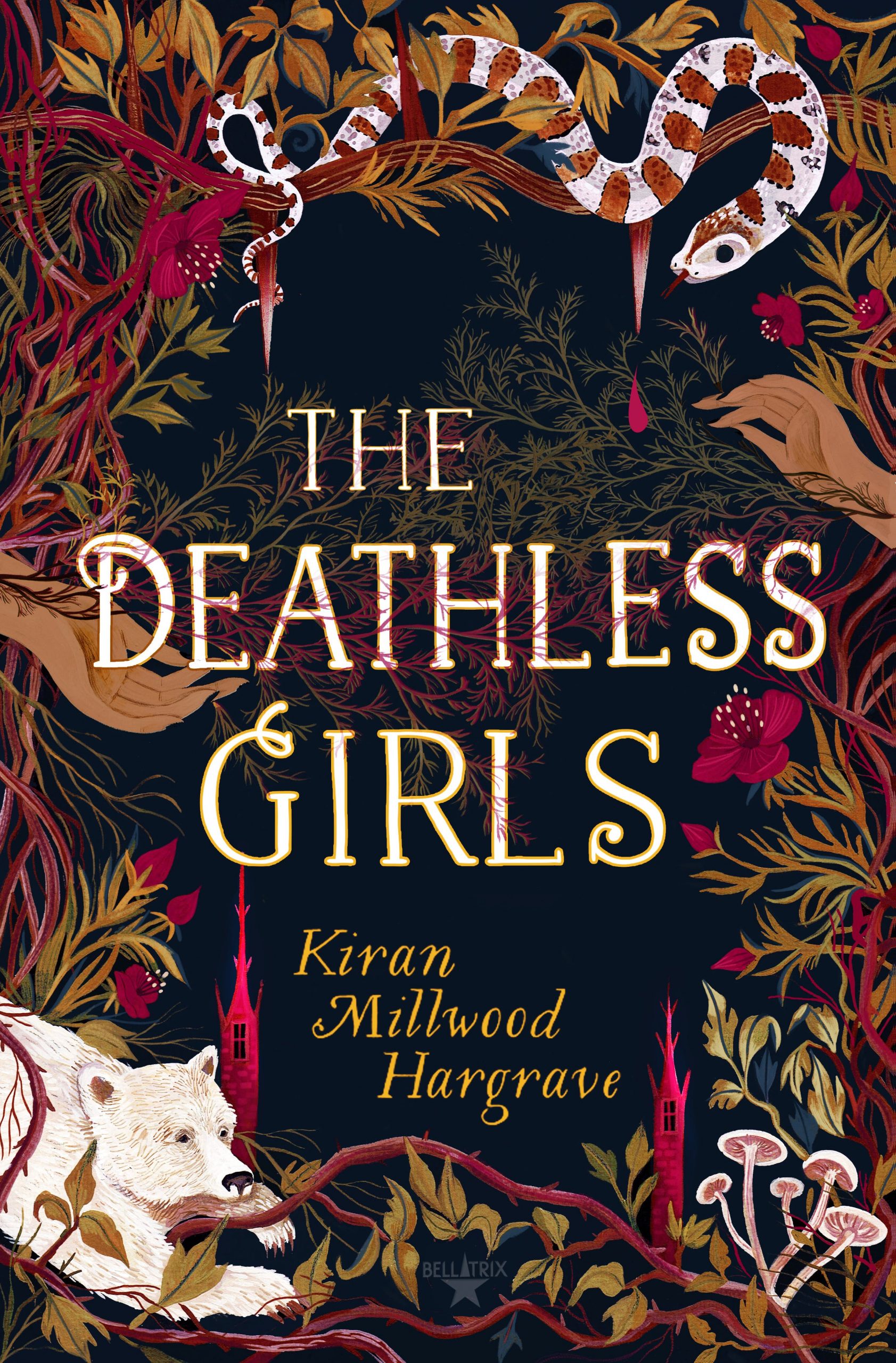 REVIEW: ‘The Deathless Girls’ by Kiran Millwood Hargrave is a beautiful take on the mysterious wives of Dracula

‘The Deathless Girls’ beautifully delves into the tragic backstory of two fierce women.

Kiran Millwood Hargrave has created a rich, dark world in which to tell the story of two of literature’s most mysterious women. The story she weaves is so captivating that readers will have a hard time putting down The Deathless Girls.

They say the thirst of blood is like a madness – they must sate it. Even with their own kin.

On the eve of her divining, the day she’ll discover her fate, seventeen-year-old Lil and her twin sister Kizzy are captured and enslaved by the cruel Boyar Valcar, taken far away from their beloved traveller community.

Forced to work in the harsh and unwelcoming castle kitchens, Lil is comforted when she meets Mira, a fellow slave who she feels drawn to in a way she doesn’t understand. But she also learns about the Dragon, a mysterious and terrifying figure of myth and legend who takes girls as gifts.

They may not have had their divining day, but the girls will still discover their fate…

The Deathless Girls begins a long time prior to the setting of Bram Stoker’s Dracula, in a time where Travellers are common. Our main characters, Lil and Kizzy, are introduced in the setting of their family and Traveller way of life, which begins their wonderfully rich backstory.

I fell in love with this novel within the first few lines, as the writing immediately felt lyrical. The descriptions were constantly vivid which evoked strong reactions. Descriptions of beautiful things had me wanting to live in the world, but those of awful events had me feeling horrified.

There are some dark themes in this novel. Kiran Millwood Hargrave truly places vampires back in their traditional fearsome place. There is no hidden romance here, no dark and brooding supernatural creature come to whisk our girls off their feet. Instead, we are presented with monster upon monster, and shown the harsh realities of such a creature.

But the vampires are not the only evil in the novel. Other, human characters also fill the antagonist role. The things they do and say are shocking and devastating, but this adds to the depth of the story. The evil in this novel is varied, meaning Lil and Kizzy are tested on many levels. It brings out the best and worst in them, and I particularly loved Hargrave’s representation of people responding differently to the same situation.

There is some lovely character development in The Deathless Girls. Lil tells the story, and we watch as she struggles with being the twin of someone she considers much more beautiful and talented than herself. At the beginning, she falls victim to this insecurity, appearing weak in the shadow of her fierce sister. However, as the plot progresses she demonstrates strength without Kizzy. She develops into a much more confident character by the end.

Despite their differences, the relationship between the sisters is a delight to read. They look after each other, as well as other members of their group, with such passion that I couldn’t help but admire it. It was really enjoyable to read a novel focussed on familial bonds.

But Hargrave doesn’t stop there. Lil begins to develop feelings for another girl. The only problem any of the characters have with their relationship is that the girl is Settled, not because it is an f/f relationship. Although there are some hints that the wider world wouldn’t be as accepting of them, I thought it refreshing to see this kind of relationship come to life without being taboo.

Although I knew what the outcome of the novel had to be, I desperately wished it would somehow be different. The Deathless Girls is written so beautifully and vividly that it is impossible not to feel a connection with our main characters. I only wanted the best for them, and was devastated when they reached the inevitable ending.

I loved this take on the ‘wives of Dracula’. It wasn’t what I expected, and I am glad of Hargrave’s decision to paint vampires back in their dastardly light. I highly recommend this novel. It is a fast-paced, interesting, and beautiful read.

The only reason my rating isn’t 5/5 stars is because I felt the novel moved very quickly. Although the descriptions remained detailed and the scenes remained vivid throughout, I felt that very little time was spent in each particular setting. I would have happily read a few more chapters if it meant getting to see a little more of the secondary characters and the world of The Deathless Girls.