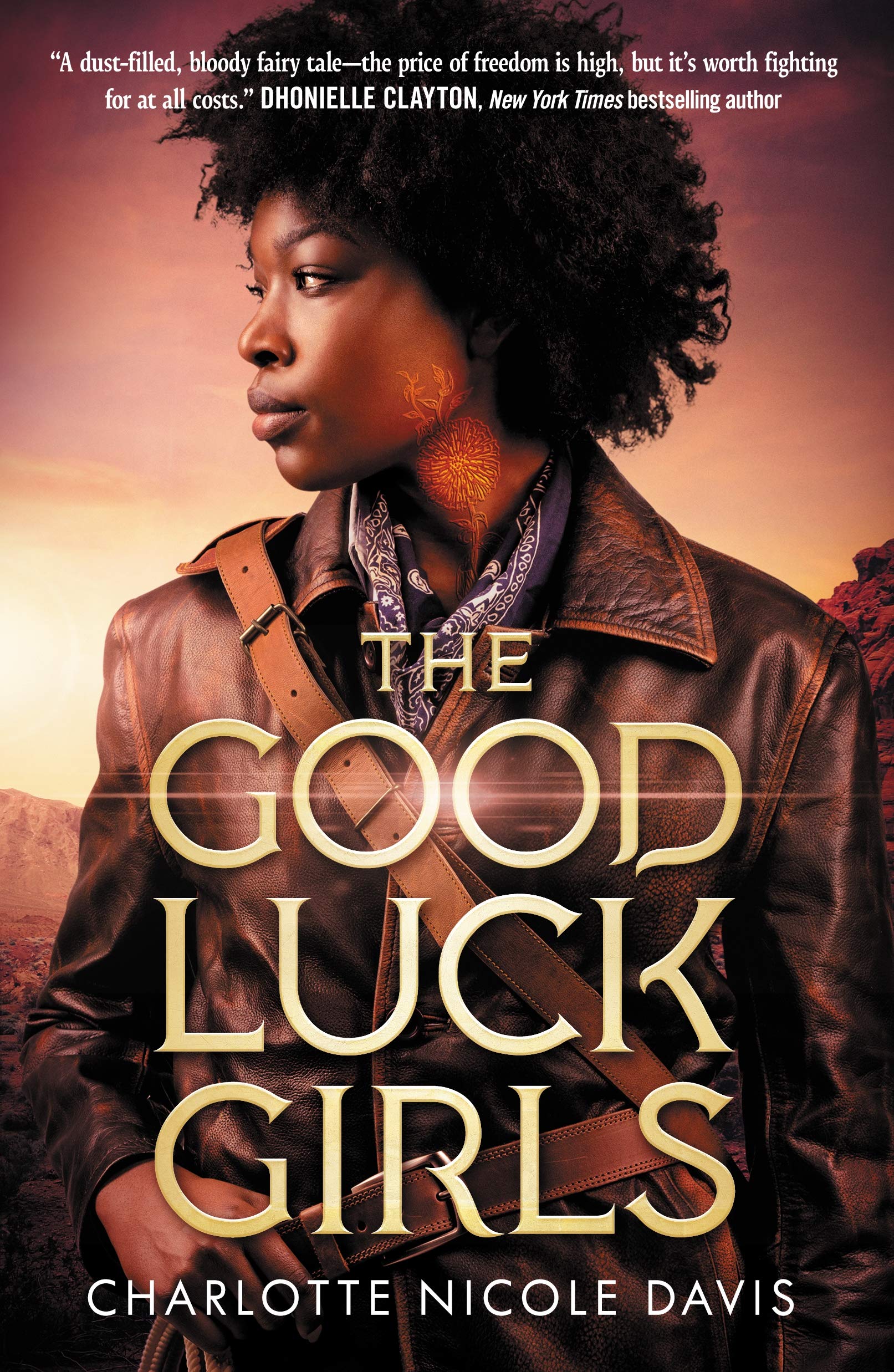 Despite its desert setting, The Good Luck Girls is like a refreshing glass of ice water, exploring post-trauma healing and subversion in a harsh world with even harsher laws.

The country of Arketta calls them Good Luck Girls–they know their luck is anything but. Sold to a “welcome house” as children and branded with cursed markings. Trapped in a life they would never have chosen.

When Clementine accidentally murders a man, the girls risk a dangerous escape and harrowing journey to find freedom, justice, and revenge in a country that wants them to have none of those things. Pursued by Arketta’s most vicious and powerful forces, both human and inhuman, their only hope lies in a bedtime story passed from one Good Luck Girl to another, a story that only the youngest or most desperate would ever believe.

It’s going to take more than luck for them all to survive.

Arketta paints itself as a country founded on fairness. The fairbloods, those who own shadows, control the narrative. The dustbloods, those who are born without shadows, are second-class citizens. The Scab, a ghost-filled place reminiscent of New Mexico in the late 1800’s, is a place inhabited by dustbloods, evil spirits and enslaved girls.

The Good Luck Girls is, above anything else, a desperate trek across a patriarchal wasteland. Think ‘Mad Max: Fury Road’.

Aster, the main character, leads a group of six sex-trafficked girls out of their welcome house and, hopefully, to freedom. Throughout their journey, the girls begin to heal through their sisterhood, but also through acts of revenge as they blaze through the Scab.

Aster is many things: Clementine’s protective older sister. A sex-trafficking victim. An outlaw. A teenage girl. She suffers with her past, and agonizes over the future.

One of the themes in this book is stolen childhood; all the girls were taken at young ages, stripped of their identity, and groomed to entertain the well-paying men who visit the welcome houses. The book handles their experiences with care, even as it remains grounded in reality.

The Good Luck Girls weaves trauma, redemption and generational poverty into an unforgiving, fantasy landscape. It has the spirit that old Western movies should have had, where saloon girls realize they don’t have to die but can pick up the shotgun instead.

In this New Western genre that Davis is creating, homesteading girls run off together instead of waiting for a man to show up. Black and brown men are the heroic cowboys instead of white men, which reflects American history better than any John Wayne movie. Native people are not the villains; rich people are.

There’s a lot this book has to say, and it says it well. Arketta has no room for those who aren’t in the elite class, and so they push them away, keep them downtrodden, and subdue those who rise up. Even so, Aster, Clementine, Mallow, Tansy and Violet fight tooth-and-nail to survive. And it’s fun. It’s dangerously fun, even as it tastes bittersweet.

Charlotte Nicole Davis is an amazing novelist who has found her sweet spot amongst fantasy, action and social commentary. In her Author’s Note, she cites many books she read while writing The Good Luck Girls, on sex trafficking, institutional racism and Native American genocide. Her effort shows.

Everything is handled with nuance, letting the gunslinging balance the heartache, and vice versa.

Every single minute is worth the read.

Almost everything in this book, from the action to the PTSD to the vengeful ghosts, is difficult to write. Davis does a wonderful job of it. All the characters felt complex, though the book itself is more plot-driven and Aster-centric. The world-building was outstanding, especially the Scab’s lore. It’s not a place you’ll want to visit, but it is one you’ll want more of.