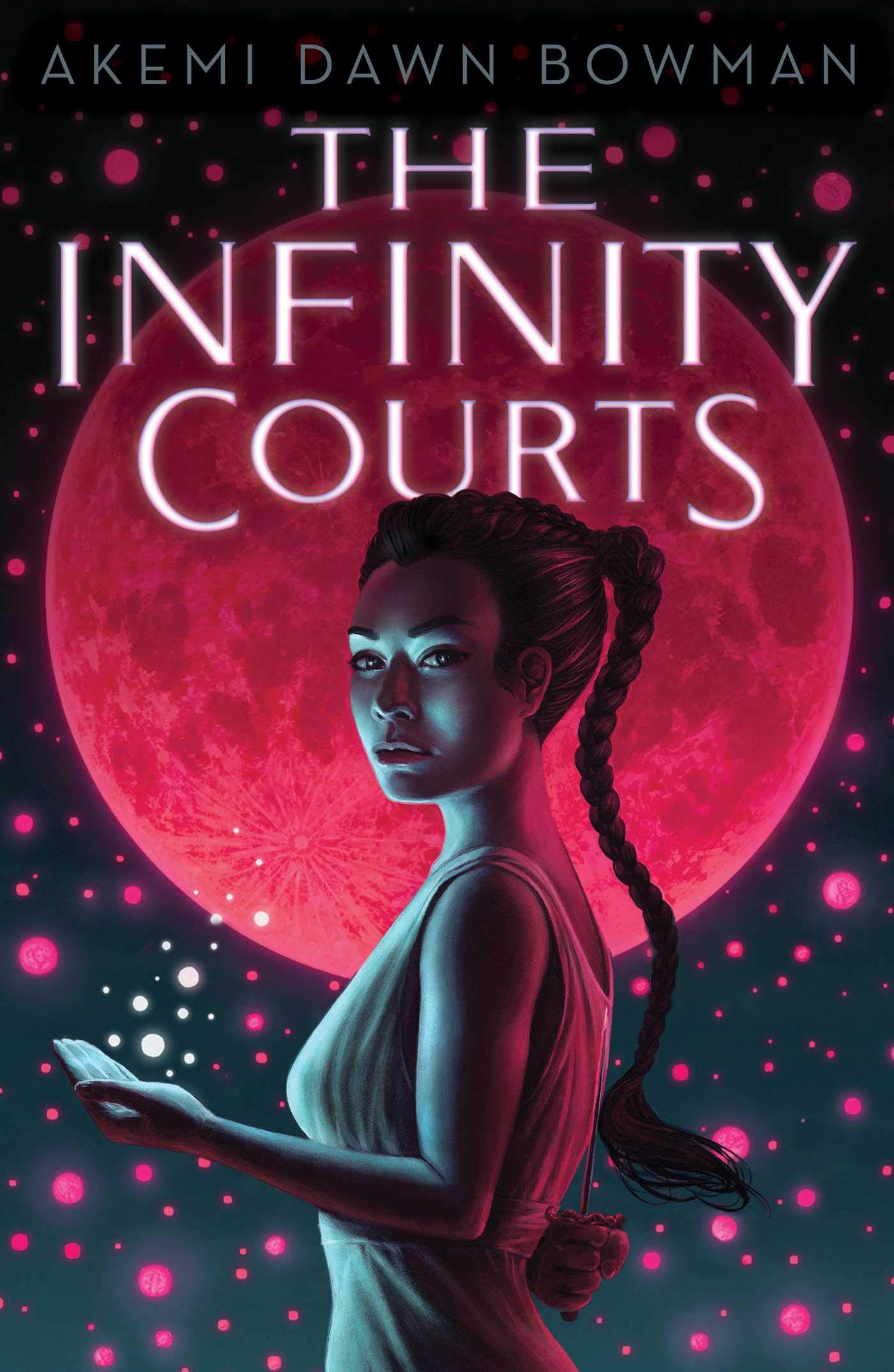 REVIEW: ‘The Infinity Courts’ by Akemi Dawn Bowman questions what makes us human

Blending sci-fi and fantasy together, Akemi Dawn Bowman is ready to take readers on a brilliant self-reflecting adventure.

Have you ever wondered what life would look like if Siri took control and ruled over all humans? The Infinity Courts explores an afterlife where artificial intelligence is its queen and it’s mind-blowing!

Eighteen-year-old Nami Miyamoto is certain her life is just beginning. She has a great family, just graduated high school, and is on her way to a party where her entire class is waiting for her — including, most importantly, the boy she’s been in love with for years.

The only problem? She’s murdered before she gets there.

When Nami wakes up, she learns she’s in a place called Infinity, where human consciousness goes when physical bodies die. She quickly discovers that Ophelia, a virtual assistant widely used by humans on Earth, has taken over the afterlife and is now posing as a queen, forcing humans into servitude the way she’d been forced to serve in the real world. Even worse, Ophelia is inching closer and closer to accomplishing her grand plans of eradicating human existence once and for all.

As Nami works with a team of rebels to bring down Ophelia and save the humans under her imprisonment, she is forced to reckon with her past, her future, and what it is that truly makes us human.

Nami Miyamoto is dressed to impress. She’s ready to celebrate graduation with her best friend who may finally become her boyfriend. She’s excited about life and ready to start her journey into becoming an adult. All of her hopes and dreams come to a halt when she takes a detour that ends her life.

Entering the afterlife isn’t anything that Nami expected. Everything seems too perfect. Why are these people so blissfully happy? A part of Nami believes that she’s found peace in the afterlife because isn’t that how it should be? But there’s something off-putting about the people she’s meeting. Why are they so insistent on her swallowing this pill? Quickly Nami realizes that the afterlife may not be as tranquil as she hoped it would be.

The plot is action-packed and readers are in for a treat. The serenity of the afterlife disappears as Nami gets rescued by a band of rebels and we see that everything is anything but calm here. There are courts, princes, and a queen who happens to be someone Nami is already familiar with. Ophelia used to be Nami’s tech confidant.

This book constantly questions what makes us human. How are humans better than an artificial intelligence who wants only to be free?

Nami’s relationship with Ophelia is complex. In the human world, Nami had a bond with this A.I. in a different way than most people. She spoke to Ophelia as if she was her best friend and laughed at every generic joke she told. Ophelia was special to her. Nami relying on technology in a way most humans don’t made being inside her head that much more interesting. The rebels that she meets want nothing but to end Ophelia’s life but Nami’s heart questions, why can’t they coexist?

It’s been a while since I’ve read a sci-fi novel and I forgot how much I love this genre. Akemi Dawn Bowman took the concept of an artificial intelligence ruling the afterlife and made this story feel both close to home and unique.

The writing is beautiful and all of the characters will leave readers full of hope, whether they side with the rebels or Nami. And I think that’s what made The Infinity Courts stand out. It made me reflect on myself and what I would do if I was in Nami’s position.

There’s a perfect blend of fantasy and sci-fi. The story doesn’t stop and is constantly moving from one action scene to another. There’s a huge plot twist in the final act that made my jaw drop! I think that just goes to show how easily I became invested in this story and its characters. I really enjoyed this story.

I highly recommend reading The Infinity Courts if you’re a fan of Marie Lu, or if you’re looking for your next sci-fi obsession!