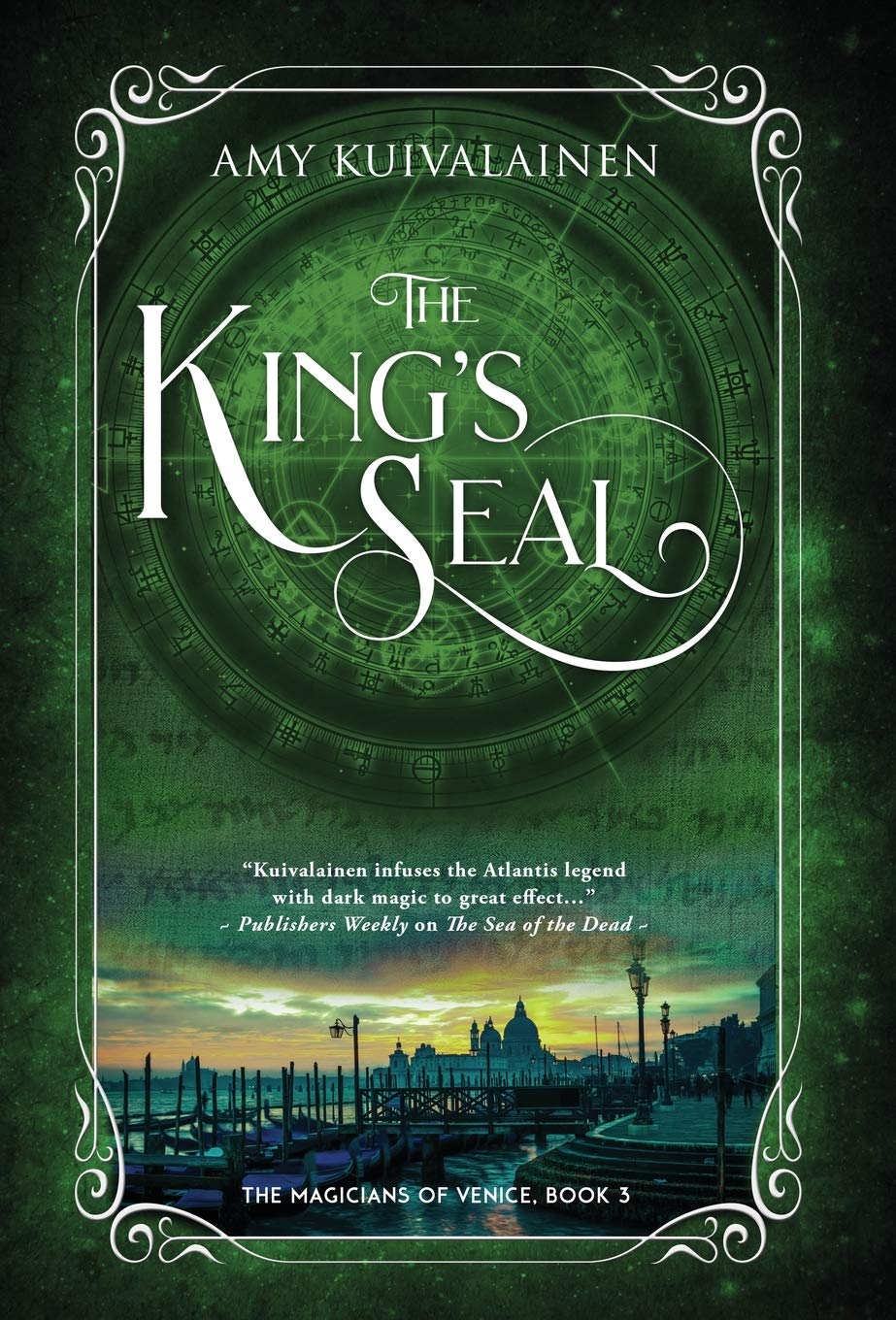 REVIEW: ‘The King’s Seal’ by Amy Kuivalainen was a rollercoaster final book

Picking up a month after the end of the last book, The King’s Seal by Amy Kuivalainen delivers a dynamic conclusion to her trilogy.

The search for the legendary ring of King Solomon has begun, and Penelope must sift through its long and convoluted history of lost emperors, crusaders, and other famous historical figures — including one with whom the magicians share their own complicated past — if she hopes to find it in time.

As Penelope’s magic continues to grow stronger with the coming high tide, she and Alexis will have to depend upon each other more than ever to keep everyone they care about safe from the continuing attacks by Thevetat’s priests.

When the magical high tide finally peaks, the long-awaited battle against Thevetat will begin, and Penelope, Alexis, and the magicians will have to rely on both powers of old and new if they hope to defeat their enemy once and for all.

The story opens with Penelope’s grief. Tim’s death brought the apocalypse much closer to home and Penelope has a hard time reconciling with that. Because of her situation, she hasn’t been able to process the loss so it creeps up on her throughout the novel. Since her relationship with Tim was fraught in the last book, The King’s Seal allows her to remember the good times, making his loss affect her deeply. This also makes her more anxious and prone to being overwhelmed. It isn’t often that the effects of grief are dwelled on, so I really liked what Kuivalainen did here.

Penelope’s relationship with Alexis also changes. The looming end of the world does nothing to dampen their love for each other, neither do the constant challenges that arise. Just like the previous book, they both calm each other’s anxieties, with Alexis being especially attentive to Penelope’s grief. Kuivalainen makes their relationship even more delightful by avoiding tropes that would separate them for the drama of it all, which I found a welcome break from love triangles.

One thing that stood out, however, was Alexis’ need for control. He struggles with letting go, especially when it comes to Penelope’s safety, even towards the end of the series. This left the occasional bad taste in my mouth as it could’ve been done better. As is, it comes off as a lot of telling without many actions to show it from his part.

Amy Kuivalainen looks beyond her main couple in The King’s Seal. While there are few chapters from Lyca’s POV, Marco’s chapters more than make up for it as the book explores their friendship. A welcome break from all the romance, those two make the perfect team and I would gladly experience more of their adventures. Finally, Kuivalainen delves into the relationship between Aelia and Phaidros. The long time rivalry between the two comes to a peak in this final book and it was fascinating to see how it all unravelled. As far as other side characters go, there’s another immortal brought in to stir things up, while Elazar also makes a reappearance.

The plot in The King’s Seal is much like in previous books. There’s a lot of research to further the plot, along with another treasure hunt for Solomon’s Ring. It had a good pace, with mounting tension that cumulated in the final battle and a lovely ending full of hope. There were times when the research or history slowed the book down a little, but not to the extent that I would call it ‘dragging’. Without spoiling too much, the ending felt somewhat rushed. At 275 pages, adding another 20 or 30 wouldn’t have changed the length significantly, but it would have allowed for a more satisfying ending.

As far as the writing goes, I didn’t find much that stood out. Kuivalainen’s dialogue is stilted at times but the prose flows well. She still weaves the Atlanteans throughout history in a fascinating manner, this time delving into the relationships they created along the way. The pacing was good enough, but I continue to think Kuivalainen’s strength lies in her characters.

All in all, I enjoyed The King’s Seal by Amy Kuivalainen. I would have liked to see more character development from some and a little more plot at the end of the novel. This final book outshines its prequel to deliver a satisfying conclusion to the trilogy. If you were a fan of the previous ones, don’t hesitate to pick this up!

Editor’s note: This book is classified as adult, and as such it contains on-page sex scenes and depictions of violence/death.