REVIEW: ‘The Love Curse of Melody McIntyre’ by Robin Talley is a rom-com with a flair for the dramatic 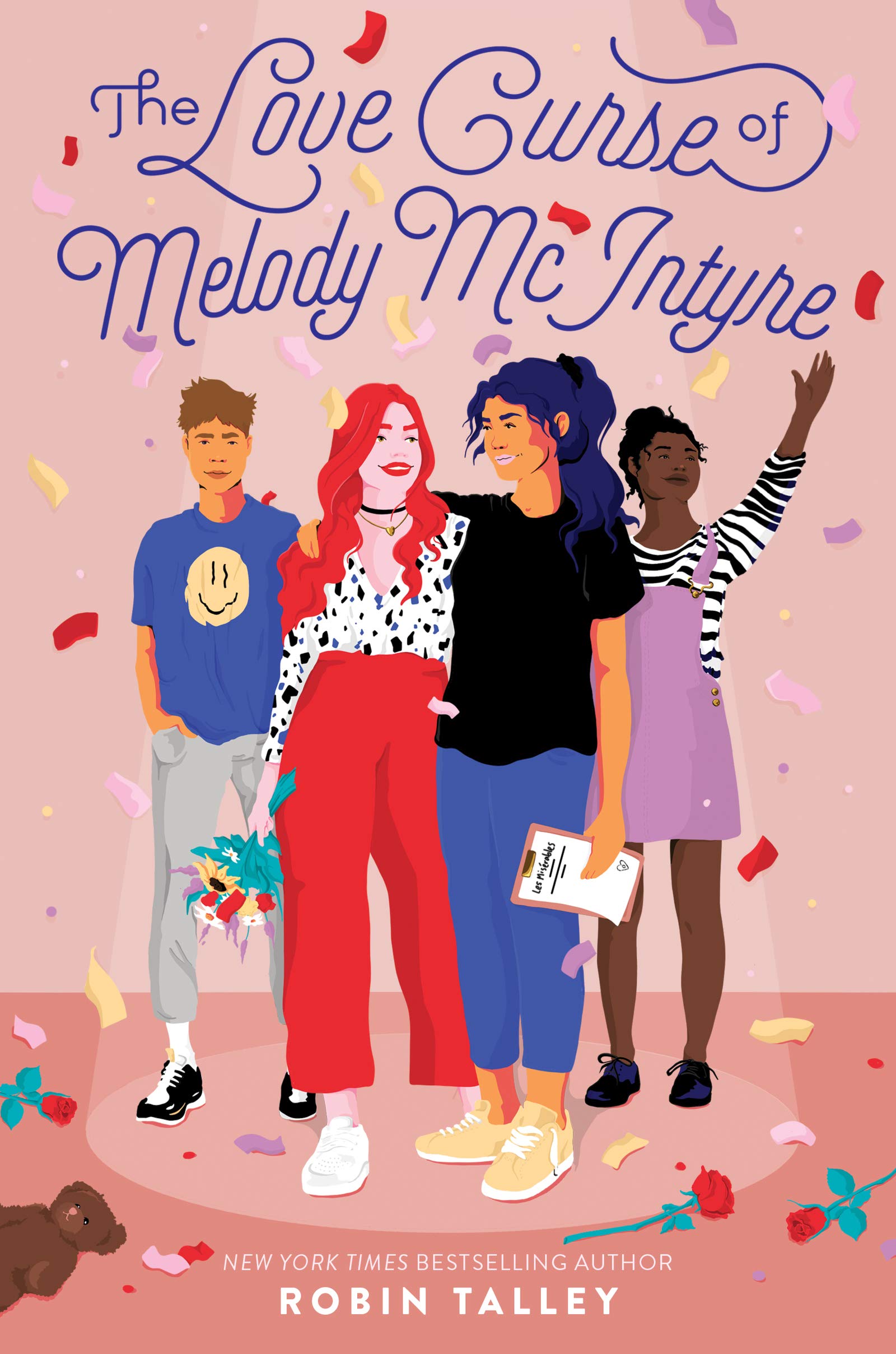 'The Love Curse of Melody McIntyre’ by Robin Talley. (HarperTeen)

I would have been absolutely obsessed with this book when I was a queer teen, with all its sharpness, rounded-out characters, and adorable romance at the very center.

Melody McIntyre, stage manager extraordinaire, has a plan for everything.

What she doesn’t have? Success with love. Every time she falls for someone during a school performance, both the romance and the show end in catastrophe. So, Mel swears off any entanglements until their upcoming production of Les Mis is over.

Of course, Mel didn’t count on Odile Rose, rising star in the acting world, auditioning for the spring performance. And she definitely didn’t expect Odile to be sweet and funny, and care as much about the play’s success as Mel.

Which means that Melody McIntyre’s only plan now is trying desperately not to fall in love.

Melody McIntyre is, first and foremost, a stage manager.

She’s dated plenty of people, but so far they haven’t quite measured up to the love of her life: musicals. In high school, the love of something like theater can be overwhelming. It’s a community, filled with people equally as passionate.

And, along with a community, superstitions go hand-in-hand.

Every production, they choose a different superstition to ward off bad energy. One year, it’s chanting an incantation about misogyny, and in another it’s not allowing one of the actors to fist bump. This year, for Melody’s biggest production yet, the superstition is that she isn’t allowed to date.

Which seems fine, until Odile Rose auditions and throws Melody’s promise into a tailspin.

Most of Talley’s characters were perfectly fine. In the same vein as Becky Albertalli’s Simon vs The Homo Sapiens Agenda, the supporting cast is meant to enhance the general witticism of the novel, rather than break away into their own spotlight.

Melody and Odile are the exception. Melody contains the nuance often left to characters in adult fiction, and certainly rarely afforded to YA rom-com protagonists. She’s a workaholic, she knows what she wants, and she’s a serial monogamist. She doesn’t have commitment issues, but she can’t figure out how to be a girlfriend and a stage manager at the same time.

The curse, and the dating ban, allows Melody and Odile to get to know each other naturally. As they get close, Odile reveals herself as a delightful character, heartfelt and genuine, with a passion for something that’s exceedingly hard to monetize. Though Odile’s acting career isn’t exactly relatable, Robin Talley does a wonderful job of distilling the universal fears, and anxiety, senior year brings.

I may have been a nerd in high school, but unfortunately, I wasn’t a theatre nerd. Musicals were never quite my thing. And, as this book truly captures, high school plays take up one’s entire life. Ergo, I was worried that my lack of theatre knowledge would affect my ability to understand the book.

To an extent, I was right. Understanding Les Mis will definitely add a layer of nuance to your comedic experience.

However, while there were definitely references I didn’t understand, The Love Curse of Melody McIntyre does a good job of striking the balance between realistic and overly referenced. These characters live and breathe theatre; of course they’re going to wax poetic about Fantine’s tragic storyline. However, the spirit of the scenes stay within reach, regardless of your Les Mis knowledge.

For a lightweight novel with fun pacing, a well-researched backstory of high school theatre productions, and plenty of moon eyes, The Love Curse of Melody McIntyre is one to beat.