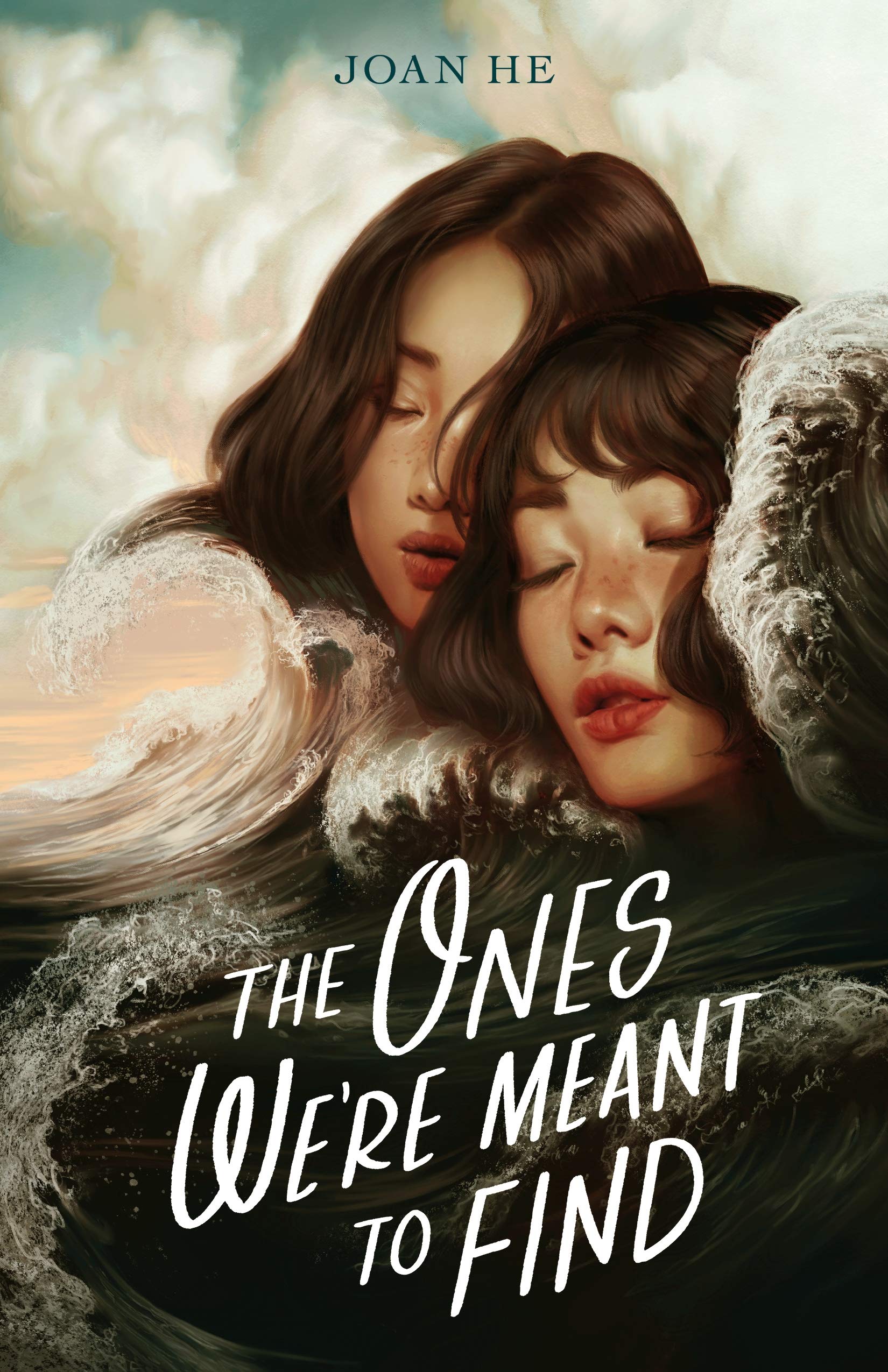 'The Ones We're Meant to Find' by Joan He (Roaring Brook)

REVIEW: ‘The Ones We’re Meant to Find’ by Joan He will take readers to a futuristic world that hits close to home

Joan He’s new novel lives up to the comparison of ‘We Were Liars’ meets Black Mirror. Sci-fi fans will love this story!

The Ones We’re Meant to Find will be reminiscent for YA readers who enjoyed the dystopian era of Hunger Games and Divergent. Although, this story will still feel unique with the sci-fi elements factored in as well.

Cee has been trapped on an abandoned island for three years without any recollection of how she arrived, or memories from her life prior. All she knows is that somewhere out there, beyond the horizon, she has a sister named Kay. Determined to find her, Cee devotes her days to building a boat from junk parts scavenged inland, doing everything in her power to survive until the day she gets off the island and reunites with her sister.

In a world apart, 16-year-old STEM prodigy Kasey Mizuhara is also living a life of isolation. The eco-city she calls home is one of eight levitating around the world, built for people who protected the planet ― and now need protecting from it. With natural disasters on the rise due to climate change, eco-cities provide clean air, water, and shelter. Their residents, in exchange, must spend at least a third of their time in stasis pods, conducting business virtually whenever possible to reduce their environmental footprint. While Kasey, an introvert and loner, doesn’t mind the lifestyle, her sister Celia hated it. Popular and lovable, Celia much preferred the outside world. But no one could have predicted that Celia would take a boat out to sea, never to return.

Now it’s been three months since Celia’s disappearance, and Kasey has given up hope. Logic says that her sister must be dead. But as the public decries her stance, she starts to second guess herself and decides to retrace Celia’s last steps. Where they’ll lead her, she does not know. Her sister was full of secrets. But Kasey has a secret of her own.

The Ones We’re Meant to Find is a painful story of two sisters, Celia and Kasey Mizuhara. They are polar opposites. Celia is the oldest and she’s an adventurous person. She’s outgoing and popular, and she spends her life living it to the fullest with no regrets. Celia is best described as someone who loves love. She loves falling in love with people, the world, and everything in between. Then there is Kasey, who is more closed off to everything surrounding her. She sees the science and facts behind everything. There aren’t many people she’s met that understand her beside her sister.

They live in a world where the planet has suffered from climate disaster, and there are eco-cities built to protect people. Celia and Kasey live with their father in one of eight eco-cities that provides them with clean air, water and shelter.

The world-building pulled me into this story from the very beginning. I found everything Joan He created to be fantastic! I always find this is the case when reading YA dystopias because they are always familiar worlds but ones that we still have a lot to learn about, too.

The most interesting factor is how people are now ranked based on their ancestral environmental impact. The Mizuhara’s are lucky because they are highly ranked for how their ancestors protected the planet; they don’t have to worry much about suffering.

But that doesn’t mean that the sisters don’t suffer in other ways, right?

One day Celia goes missing and Kasey has no idea what happened, if she’s alive, or why she would just vanish. Kasey knows that her sister has always been curious about what life would be like if they didn’t live in a “bubble” but she never thought she’d actually abandon her like this.

Then we find Cee who has been living on an abandoned island with no memories besides that she has a sister, Kasey. She’s been trapped with no sense of herself for over three years. Cee lives each day trying to build a boat out of junk around the island because she knows that no matter what she has to survive so she can be reunited with Kasey.

Earlier when I mentioned that this is a painful story of two sisters, I truly meant that this book will break your heart. I felt so much for both of the sisters. I love how Joan He took us back to the era in YA when sibling relationships were explored more. Cee and Kasey felt similar to Katniss and Prim in Hunger Games. Every action they made was based on the love they had for each other. Their bond was beautiful.

Along with the sci-fi and dystopian elements, there is also some mystery, too. There are a lot of twists and turns as the story progresses. Joan He writes some of the best game-changing twists in YA and the one in this book left me speechless! All of my theories were completely wrong and I admire how Joan He pulled it off and tied everything together in a stunning way. That’s why I’m such a huge fan of her writing.

Overall, The Ones We’re Meant to Find is a beautiful story. The plot moves slowly and the main focus stays on both Cee and Kasey. There’s a lot of shock value but it is a very character-driven story. I appreciated the sci-fi and mystery elements because they made it feel more unique than what I’m used to from a typical YA dystopia. I can promise that readers will be self-reflecting afterward and questioning the roles we play as humans in everything we choose to do.

Confusing but in a good way