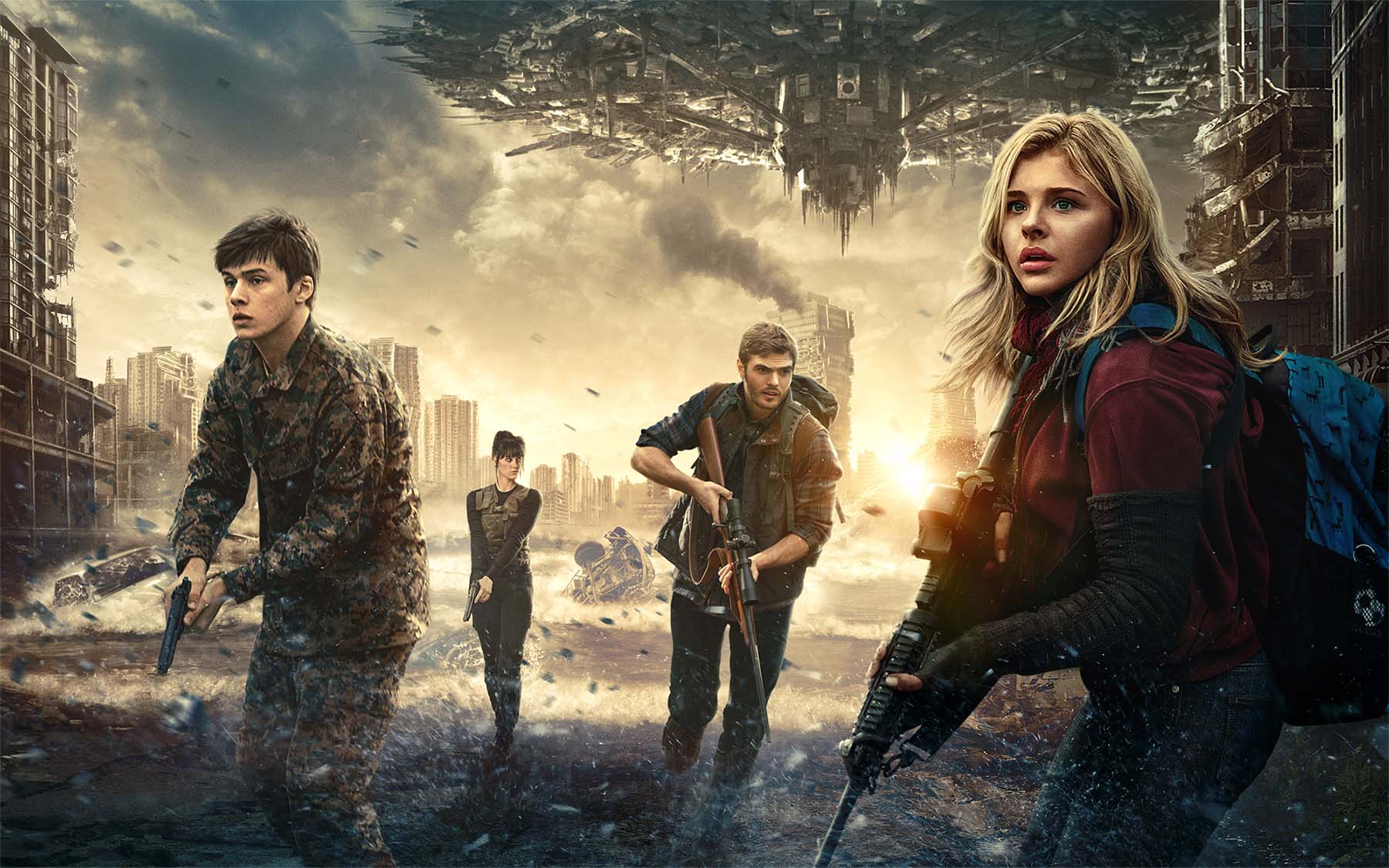 “While the movie is faithful to the book, it loses a very large and important aspect of the story: emotion.”

The 5th Wave starts off strong.

The opening sequence, in which Cassie (Chloe Graze Moretz) stumbles upon a wounded man (a soldier in the book) and then mistakenly kills him, promises an emotional journey ahead. However, as the movie progresses, that emotion seems to fade.

Watching the waves roll over the earth is both cool and terrifying. One scene stands out among them all, primarily that of the literal wave that crashes into a coastal city. Likewise, we get a heart-racing moment where Cassie and her younger brother Sammy (Zackary Arthur) try to escape a rush of water by climbing into a tree. This is effective in solidifying the relationship between Cassie and Sammy—something so crucial to the storyline. Chloe Grace Moretz and Zackary Arthur pull off a believable and authentic dynamic as brother and sister. A lot of credit has to be given to Arthur who succeeds in performing the innocence and vulnerability of Sammy’s character.

As far as adaptations go, fans will be happy to know that the movie stays pretty faithful to the book in terms of plot. With the exception of some notable changes, it hits most of the events and introduces the majority of the characters that we see in the books.

With that said, while the movie is faithful to the book, it loses a very large and important aspect of the story: emotion.

The sister-brother dynamic between Cassie and Sammy is really the only emotional aspect to the movie. The sad part is that the writers dropped the ball on this. Sammy, for example, could have had a handful of more scenes than he actually did. There are moments among Squad 53 where he doesn’t feel present. Again, Arthur does a wonderful job at tapping into a realistic Sammy when he’s on screen—the problem is that the writers and director don’t use him enough. He’s one of their more powerful assets.

Likewise, Cassie almost feels like a completely different character in this movie. In the book, she’s very snarky, sarcastic, and witty. There are moments in the book (which I noted a couple of years ago in my book review) where the tension is heavy but Cassie’s personality shines through. Her narration of events like the massacre at the refugee camp adds both a sense of urgency and humor in an otherwise gloomy circumstance. This is entirely lost in the film. Cassie comes off as less vicious and (overall) more flat in the movie’s presentation. The snarky, funny, but determined girl we saw in the books isn’t so present in director J Blakeson’s re-telling of the story.

Don’t get me wrong, Chloe Moretz is an amazing actress. But the writers didn’t give her a lot to work with.

The issue extends beyond Cassie. Characters like Ben, Evan, and Colonel Vosch also come across as simplified shadows of their original book counter-parts. This is especially seen in Vosch. While there’s no doubt that Liev Schreiber is a master-actor, his portrayal of Vosch comes out as very calm and solemn. This was something of a disappointment considering the sadistic nature and motivations that drive Vosch in the books.

Having said all of that, I need to emphasize that this is not a bad movie. On the contrary, I was entertained throughout and I enjoyed many of the sequences with Ringer (Maika Monroe), who provides a lot of well-needed humor to the film. But by the time the movie was over, I didn’t necessarily feel anything like I did when reading the book.

Fans, above everyone, will appreciate the movie and will certainly have a good time. Again, I was entertained. But will the movie turn moviegoers into wavers? Probably not.

In the end, this is a classic case where the book is definitely better than the movie.