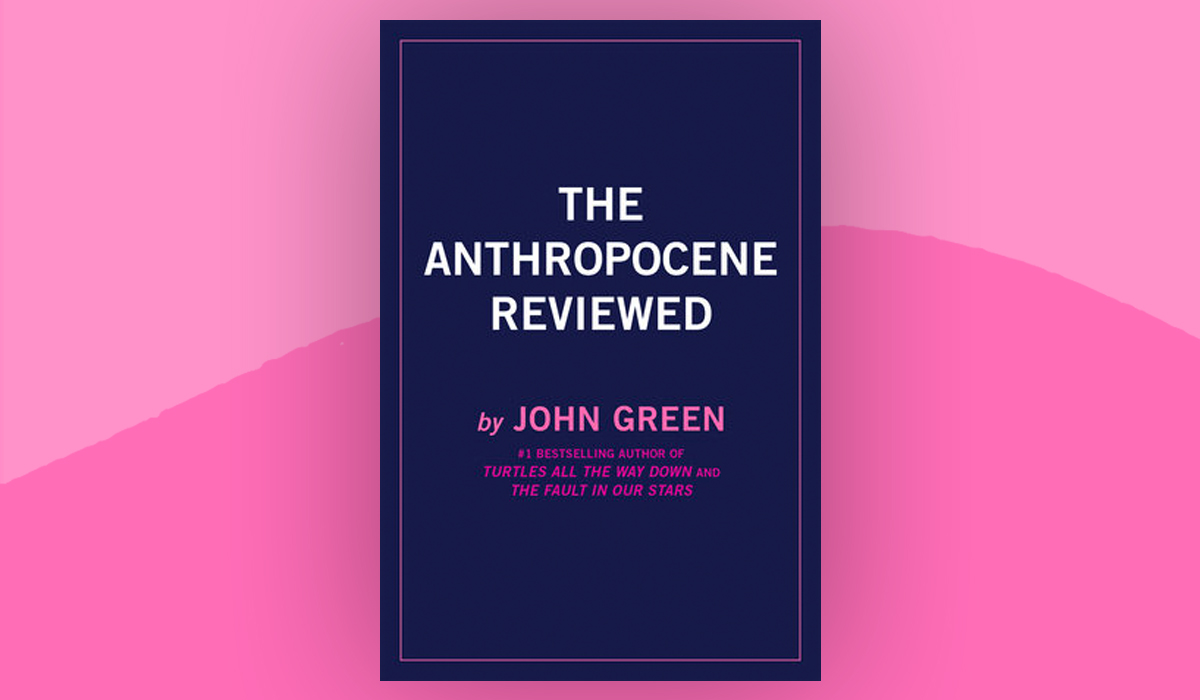 Green’s popular podcast is getting a book adaptation.

Author John Green has a new book in the works, but it’s different from the novels he’s known for writing.

Green announced the book on Thursday during an episode of his podcast ‘The Anthropocene Reviewed.’ The upcoming book, a collection of essays, is an adaptation of the podcast and will share the show’s name.

“I discovered that I really want to adapt the podcast into a book of essays,” Green said on his podcast. “It’s been great fun to work on. The book also contains several new reviews — of the drug mirtazapine and the movie Penguins of Madagascar, of an August Sander photograph I love, and more.”

Check out the blurb from Penguin Random House:

A deeply moving and insightful collection of personal essays from #1 bestselling author John Green, adapted from his critically acclaimed podcast The Anthropocene Reviewed.

The Anthropocene is the current geological age, in which human activity has profoundly shaped the planet and its biodiversity. In this remarkable symphony of essays adapted and expanded from his groundbreaking podcast, John Green reviews different facets of the human-centered planet—from the QWERTY keyboard and Staphylococcus aureus to the Taco Bell breakfast menu—on a five-star scale.

Complex and rich with detail, the Anthropocene’s reviews have been praised as “observations that double as exercises in memoiristic empathy.” John Green’s gift for storytelling shines throughout this artfully curated collection that includes both beloved essays and all-new pieces exclusive to the book.

Anthropocene Reviewed will be Green’s first book to hit shelves in three years. His last book to hit shelves was 2017’s Turtles All the Way Down, a novel inspired by Green’s experience with mental health. He spoke about taking a break from novel writing on his podcast before announcing the new book.

In addition to announcing the book, Green took to Reddit for a session of Ask Me Anything.

“Today I feel excited and nervous and a little overwhelmed,” he wrote in response to a question. “It’s been a long time since I have published a book, and the old butterflies are back!”

The Anthropocene Reviewed is available for pre-order now and will be released May 18, 2021.

Related:
The Anthropocene Reviewed • Turtles All the Way Down