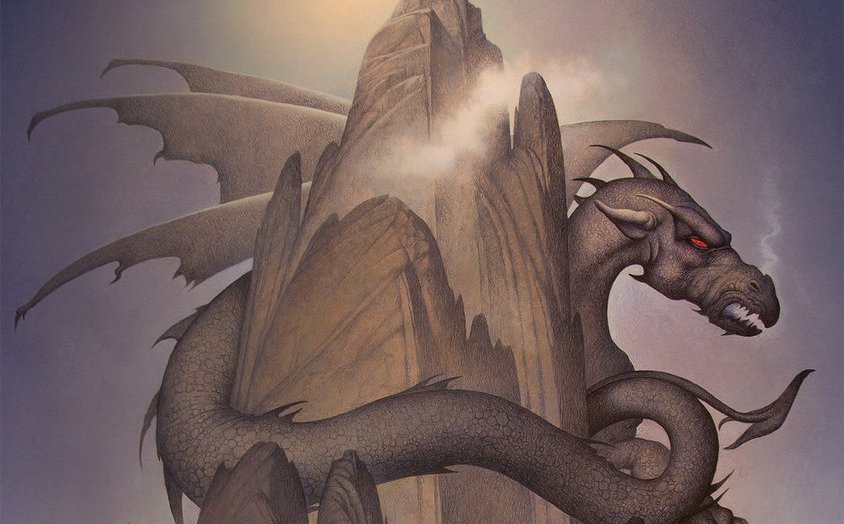 Fans of Christopher Paolini’s Inheritance Cycle are finally about to dive back into the world of Alagaësia!

After days of teasing, Christopher Paolini has revealed that a volume of short stories, The Fork, the Witch, and the Worm, featuring characters from his best-selling Inheritance Cycle is to be released on December 31st, 2018. This will mark Paolini’s first major release since Inheritance, the epic finale to the Inheritance Cycle, hit shelves in 2011.

Eragon and sequels Eldest, Brisingr, and Inheritance chronicled the rise of a young farm boy who found himself in possession of a strange blue stone which turned out to be a dragon egg. Learning the ways of the Dragon Riders would bring Eragon into an ongoing war against the evil King Galbatorix.

The Fork, the Witch, and the Worm – Tales from Alagaësia (Volume One: Eragon) will bring Eragon and his dragon Saphira, as well as a number of fan-favourites from the original series, back to the page. Interestingly, The Fork, the Witch, and the Worm will also feature new content about popular character Angela the Herbalist written not by Christopher Paolini, but his sister and inspiration behind the character, Angela Paolini. See the cover and read the official description below, however, beware spoilers for Inheritance!

A wanderer and a cursed child. Spells and magic. And dragons, of course. Welcome back to the world of Alagaësia.

It’s been a year since Eragon departed Alagaësia in search of the perfect home to train a new generation of Dragon Riders. Now he is struggling with an endless sea of tasks: constructing a vast dragonhold, wrangling with suppliers, guarding dragon eggs, and dealing with belligerent Urgals and haughty elves. Then a vision from the Eldunarí, unexpected visitors, and an exciting Urgal legend offer a much-needed distraction and a new perspective.

This volume features three original stories set in Alagaësia, interspersed with scenes from Eragon’s own unfolding adventure. Included is an excerpt from the memoir of the unforgettable witch and fortune-teller Angela the herbalist… penned by Angela Paolini, the inspiration for the character, herself!

In the seven years since the publication of Inheritance, fans have been desperately waiting for a Book V—which Christopher Paolini has admitted he will write in the future. While this volume of short stories may not be exactly what fans were expecting, it’s something that will definitely tide fans over until another full-length instalment is announced.

Pre-Order The Fork, the Witch, and the Worm here (US) or here (UK)!

Have you read the Inheritance Cyle? Are you excited for this new collection of short stories? Leave a comment and let us know!

See also: Who else remembers how terrible the ‘Eragon’ movie was?