READ: Christopher Paolini unveils excerpt of his first book since the Inheritance Cycle 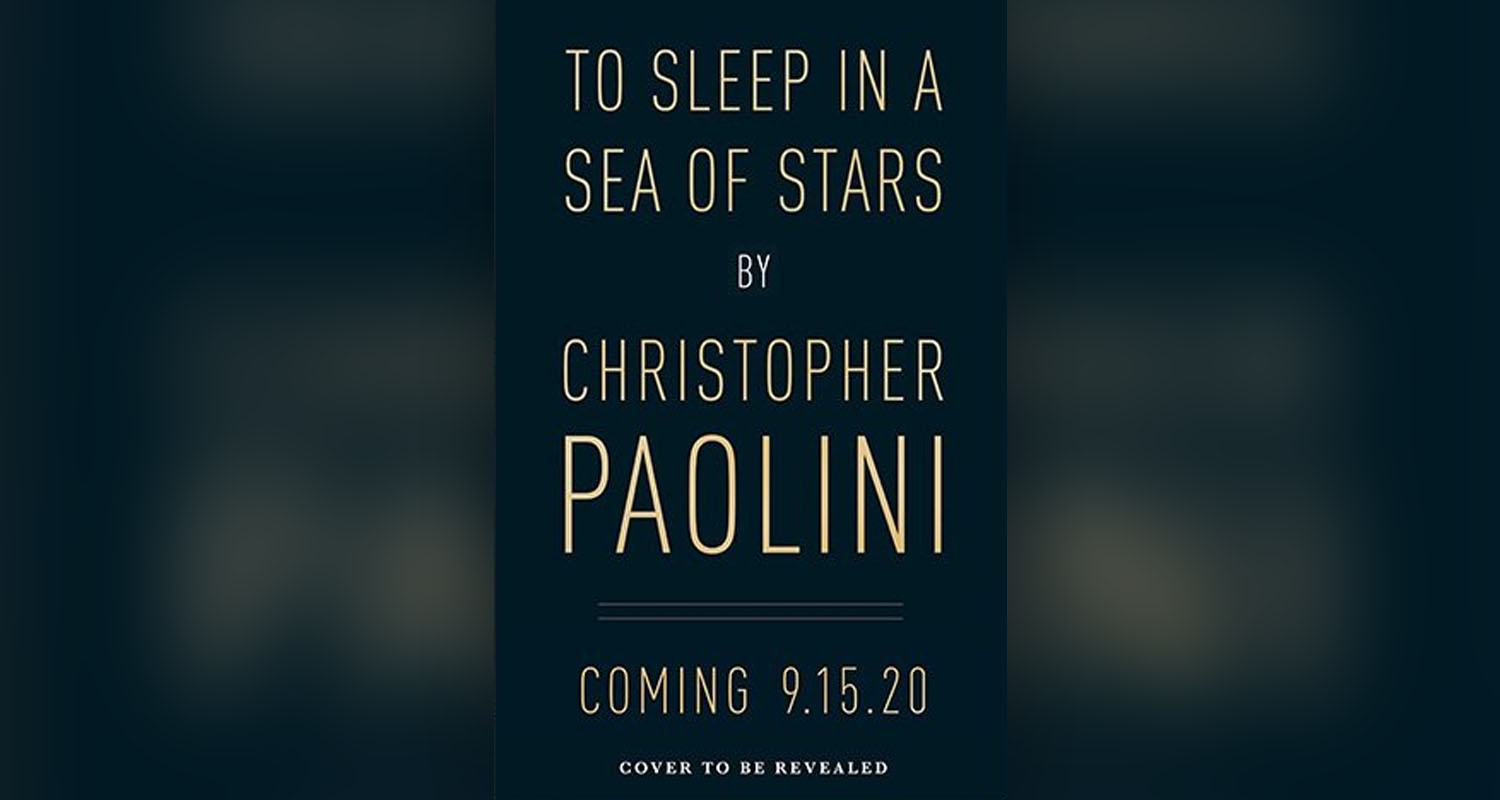 Announcement cover for Christopher Paolini's 'To Sleep in a Sea of Stars.' (Tor Books)

Are you excited for Christopher Paolini’s new book?

Dragons are in Christopher Paolini’s rearview mirror for the time being.

Paolini’s been hard at work at writing his first book beyond the Inheritance Cycle, the book series that began with Eragon and put the then-teen author on everyone’s radar. We’ve known since 2014 that his next book would be in the realm of science-fiction. The title, To Sleep in a Sea of Stars, was announced late last year.

And fans can now read some of that book.

Entertainment Weekly released an except from To Sleep in a Sea of Stars last week. The book is set for release on September 15.

Read a portion of the excerpt below:

Kira lay where she was, stunned.

The impact had knocked the breath out of her. She tried to fill her lungs, but her muscles wouldn’t respond. Not at first. For a moment she felt as if she were choking, and then her diaphragm relaxed and air rushed in.

She gasped, desperate for oxygen.

After the first few breaths, she forced herself to stop panting. No point in hyperventilating. It would only make it harder to function.

In front of her, all she saw was rock and shadow.

She checked her overlays: skinsuit still intact, no breaches detected. Elevated pulse and blood pressure, O2 levels high normal, cortisol through the roof (as expected). To her relief, she didn’t see any broken bones, although her right elbow felt as if it had been smashed by a hammer, and she knew she was going to be sore and bruised for days.

She wiggled her fingers and toes, just to test that they worked.

With her tongue, Kira tabbed two doses of liquid Norodon. She sucked the painkiller from her feeding tube and gulped it down, ignoring its sickly-sweet taste. The Norodon would take a few minutes to reach full strength, but she could already feel the pain retreating to a dull ache.

She was lying on a pile of stone rubble, and the corners and edges dug into her back with unpleasant insistence. Grimacing, she rolled off the mound and onto all fours.

The ground was surprisingly flat. Flat and covered with a thick layer of dust.

It hurt, but Kira pushed herself onto her feet and stood. The movement made her lightheaded. She leaned on her thighs until the feeling passed and then turned and looked at her surroundings.

Read the rest at Entertainment Weekly