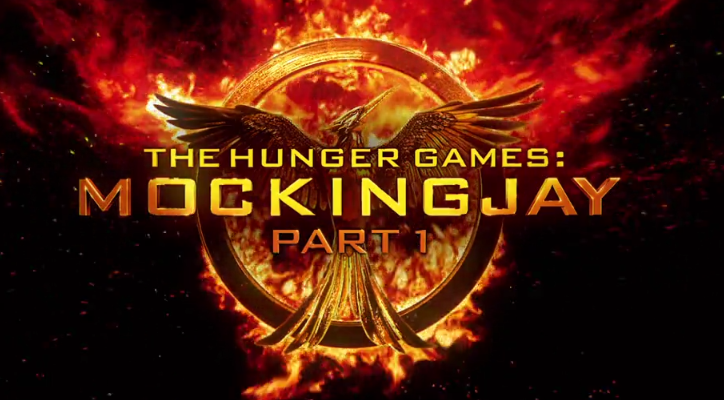 It seems like only yesterday that I was lined up with other fans for the first movie premiere. Now the first part of the final book to film adaptation of The Hunger Games Trilogy is finally here. Monday night was the Los Angeles premiere of Mockingjay Part 1. In my opinion, Mockingjay is such a […]

It seems like only yesterday that I was lined up with other fans for the first movie premiere. Now the first part of the final book to film adaptation of The Hunger Games Trilogy is finally here. Monday night was the Los Angeles premiere of Mockingjay Part 1. In my opinion, Mockingjay is such a visual book more so than the others, there is so much packed into the book that it makes you wonder how it will play on screen. Let me tell you, it’s great and don’t worry I will NOT be mentioning spoilers in this review.

The main thing to keep in mind is that the films are book adaptation, meaning that they are adapted/changed to make the story work on screen. With that being said I’ll begin.

Let me start off with one of the biggest and most overlooked things in the film, the music score. It’s the first thing we hear in the film and is what makes the movie that much better. The music is subtlly in the background and is yet perfectly set to the intense scenes and intense themes of this film. Francis Lawrence is amazing in how he manages to create this world that Suzanne wrote into something so visually interesting. The sets are all incredibly well done. Just going from the scenes of the living quarters, the hallways and all the sets of District 13 really give you a sense of being underground. The scenery and sets are just so well done, you feel like they are actual places and you can tell that the majority of the sets aren’t CGI or made with green screen effects, they are physical places in the film. My favorite thing about Francis directing these movies is how true he stays to the books. I love the fact that parts of the actual dialogue were taken directly from the book, word for word.

Although Mockingjay is a pretty serious book, there are bits and pieces of comedic relief throughout the movie and the way they’re timed, work out perfectly, they don’t feel forced or out of place. The new cast is amazing! They all play their roles so well. Julianne Moore as Coin is amazing. In the books we have very limited information about her and very few scenes with her, but Francis and Julianne worked together to give Coin more of a backstory and a bit more personality. We see Coin as this figure who we can tell genuinely wants this revolution to happen and you want to be on her side, you empathize with her but we also get the sense of someone who we should be careful around because she seems to enjoy having all the power just a little too much. Natalie Dormer as Cressida is someone I had been looking forward to see from the moment her casting was announced and I have to say I was not disappointed. Elden Henson and Wes Chatham who play brother Castor and Pollux are great in their roles and if you watch them carefully you’ll notice some little details that get you thinking about Avoxes in the Capitol. Phillip Seymour Hoffman, who sadly passed away last year just before finishing the film, was great in his role as Former Gamemaker and Instigator of the Revolution Plutarch Heavensbee and his interaction with Coin was interesting.

By now most of you have watched the trailers and T.V. spots so much that you know every line and I like you, was a bit confused as to some of the scenes that were show in the trailers. There were scenes which were not in the book that were added to the film which definitely contribute to the overall feeling of the story. My overall favorite scene is when Katniss sings The Hanging Tree. For the past 4 years, I’ve been imagining how the song would be portrayed and presented in the film and I was not disappointed. The song is haunting and fitting and just amazing, better than I expected. You’ll have the melody of the song stuck in your head.

Tears! Prepare yourselves, because you will cry. Josh Hutcherson will make you cry. His acting skills have reached a new level in this film and I only expect that they will be even better in Mockingjay Part 2. Jennifer Lawrence, need I say more? The delivery of Katniss’ speeches will give you chills. Jennifer delivers the speeches with such a passion, such determination and emotion, you feel like you are watching Katniss on a screen somewhere in Panem and not Jennifer on a giant screen in a movie theater. Liam Hemsworth (finally!) gets some more screen time. Gale really steps up his game this time around and we start to see the strain on his and Katniss’ relationship as friends as they struggle with their differing opinions on how to take down the Capitol.

This movie is intense, emotional and action packed. You get a rush watching the movie. Like Sam Claflin said, this movie will leave you wanting more.  Francis Lawrence is a genius on where and how he decided to split the film. As for where the movie ends, I’ll let you see that for yourselves.

How many of you have your tickets to the movie? I know I do. I’m watching the movie again tonight at midnight. Will you be seeing the movie this weekend? Let us know your reaction to the movie!