The books that made us readers 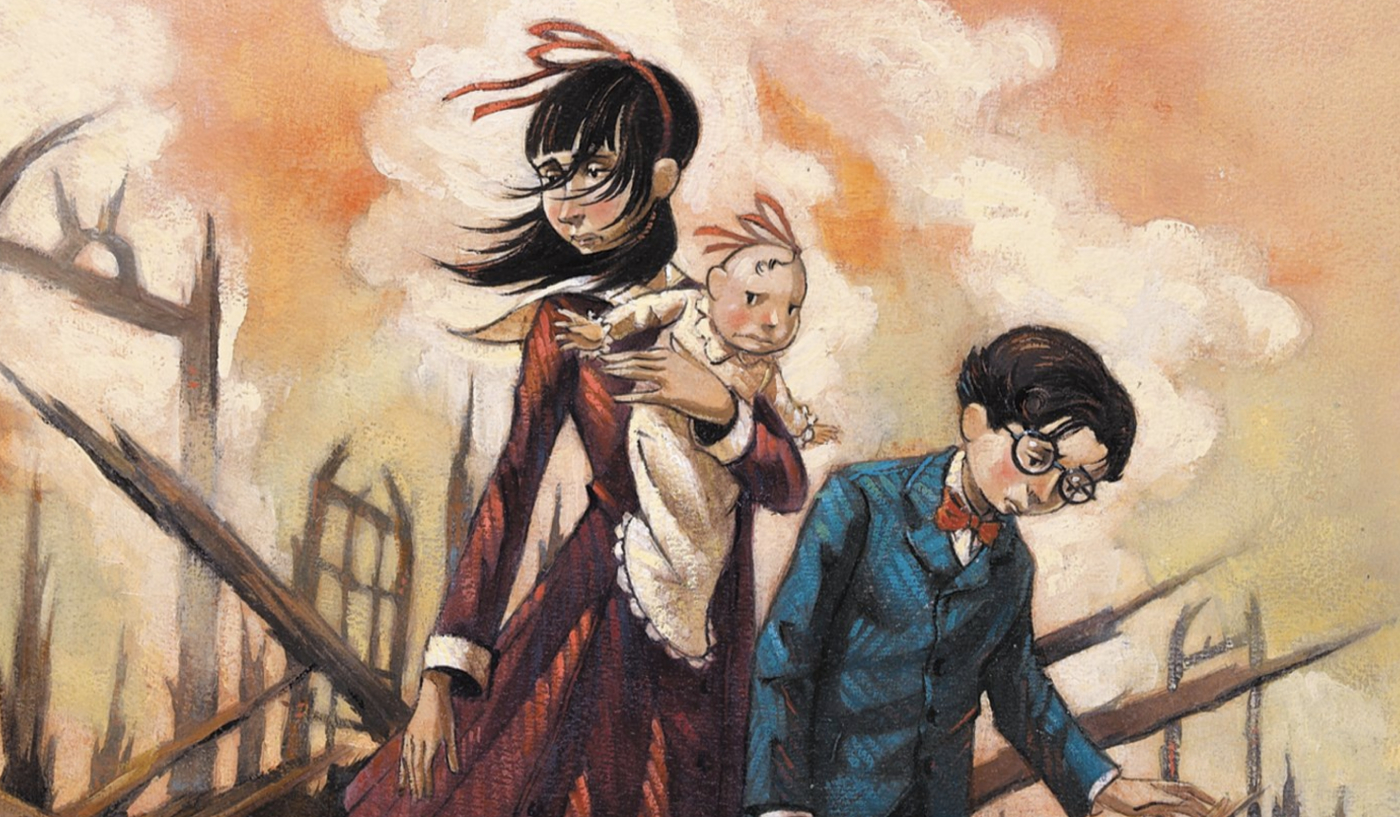 Violet, Klaus and Sunny Baudelaire from Lemony Snicket's 'A Series of Unfortunate Events', as illustrated by Brett Helquist. (Scholastic, Inc.)

We reminisce about the books that got us hooked on reading.

Readers across the world come together every spring to celebrate reading — whether it be on Dr. Seuss’ birthday or later in April for World Book Day.

To celebrate books, Bookstacked writers came together to reminisce on the books and series that launched their addiction to reading.

Take a look below to learn about the books that made us readers. ❤️

Little House on the Prairie series by Laura Ingalls Wilder

We started reading Little House in elementary school and it was one of the first series on our radar told by the child’s point of view from age five to 18. Bookstacked writer Addie said, “I loved that the story was being told almost from a child’s pov and the fact that there was more than one book by the same author, which is what I think got me hooked as a fan of book series rather than stand-alone books.”

Because this series was first published in 1932, Little House allowed multiple generations to enjoy the prairie life and was eventually turned into a family-friendly television show.

A Series of Unfortunate Events series by Lemony Snicket

Some of our Bookstacked writers grew up in small suburban towns and this series resonated with them on another level!

“Most people my age fell in love with reading thanks to Harry Potter, but this series was actually the first one that pulled me into becoming a bookworm,” Bookstacked reviewer Kristy Mauna said. “Being from a small suburban town, I loved the imagination in this series. I loved transforming into a world so different than my own!”

Lemony Snicket (a unique pen name for Daniel Handler, as well as a character in the series) narrated a dark world that allowed us to escape reality and embrace our imagination. Needless to say, we were ecstatic when the Netflix series started! (You can read our reviews of Season One and Season Two.)

Who remembers those Scholastic book fairs? This one caught our eye at one of our elementary school book fairs and once we read one, we couldn’t stop reading! Before we knew it, we’d finished the entire series (don’t you hate that feeling?).

Bookstacked writer Davion stated, “When I read these books, I felt like I traveled alongside Jack and Annie. I traveled to Ancient Greece, the North Pole and so many other places. These books not only fed my imagination, but they made me the reader I am today.”

Any book written by Roald Dahl

Another beloved children’s author wrote a plethora of our favorite books growing up! (Anyone else singing “Send me on my way” from Matilda right now?) In the words of Bookstacked writer Saul, “[Dahl] treats children as intelligent equals.” He never shied away from a child’s imagination and explored the magic and darkness within all of us (Matilda and BFG come to mind specifically). Roald Dahl was a terrifyingly brilliant creator of worlds and characters.

Anyone else have hand-me-down books? These were them — perhaps along with the Little House on the Prairie series. As an only child for seven years, I loved the idea of having close siblings and being adventurous with them. The Boxcar Children solved mysteries without adult supervision which appealed to our unrealistic minds as children.

It wouldn’t be Read Across America day without mentioning the Harry Potter series. For those of us who happened to be 10-12 years old when Harry Potter and the Sorcerer’s Stone was released, we truly grew up with Harry Potter and his friends. It is no doubt that Rowling created an intense magical world that existed within our own muggle existence (I’m still waiting for my letter) which developed into an entire Wizarding World franchise. She made us truly believe in magic.

What are you reading today? What book(s) got you hooked on reading?