Netflix’s ‘A Series of Unfortunate Events’, Season One Review 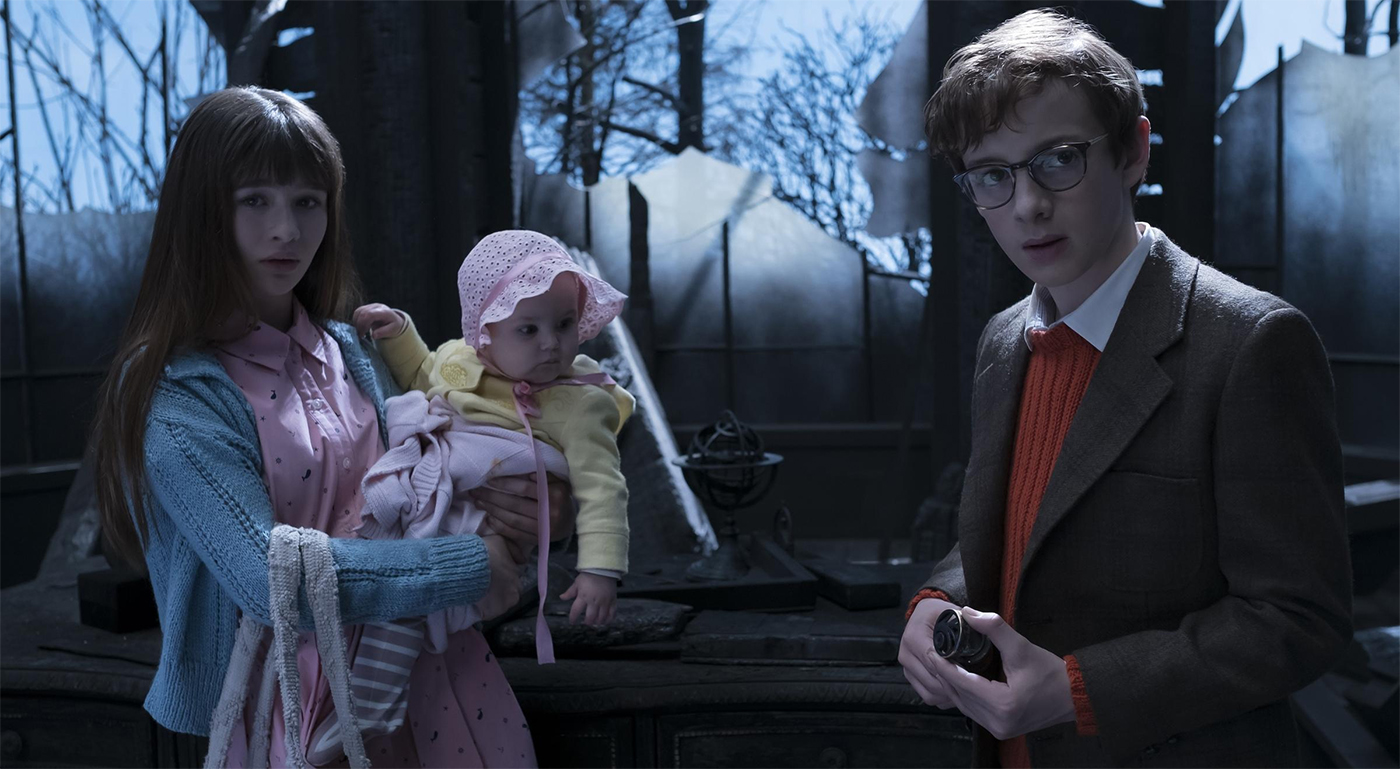 Netflix’s ‘A Series of Unfortunate Events’ is amazing, a phrase which here means, “You should watch this show.”

Netflix’s adaptation of Lemony Snicket’s A Series of Unfortunate Events is the adaptation fans have been waiting for.

That’s not to say that Nickelodeon’s 2004 film wasn’t any good. In fact, I love the movie and I’m still raving about Jim Carrey’s performance as Count Olaf. However, the show takes what was accomplished in the movie a step further. It’s really a show for the fans.

The amount of detail laced in Netflix’s show is incredible. If you were like me as a kid and found joy tearing through the pages of Lemony Snicket: The Unauthorized Autobiography and The Beatrice Letters, looking for clues and trying to solve the mysteries surrounding the Bauedelaire orphans, then you’ll find just as much pleasure in watching the show. Secret codes, phrases, and hidden images can be found in nearly every scene. Each episode had me at the edge of my seat, hoping to catch the faint noise of a bell ringing in the distance or spotting a sugar bowl in the background.

The point is, the show is every bit as complex and layered as the books.

A large part of the show’s brilliance is due to the spot-on acting of Malina Weissman and Louis Hynes who play Violet and Klaus Baudelaire. These young actors excel in catching the desperation, misery, and wit of the story’s primary protagonists. Of note is also Presley Smith who portrays the youngest Baudelaire, Sunny. While not doing much, she’s a cute and well-utilized presence in the show–even if she is CGI half the time.

A lot should be said about Neil Patrick Harris as well. I was skeptical about his performance as Olaf as I started watching the show, but was fully sold by the end of final episode. While there are certain moments where I would have preferred Jim Carrey, Harris really shines when Olaf is in disguise. His Stephano is much more loyal to the books and hits all the right notes. Captain Sham is a blast every second he’s on screen–and as for Shirley, this is where Harris really shines best. His performance embodies just about every quirk Count Olaf has to offer.

Of all the performances, I was most surprised and delighted by Patrick Warburton as Lemony Snicket. Like with Harris, I was at first nervous. Warburton is an iconic comedic actor with an even more iconic voice–I worried he would be more of a distraction than anything. But, boy, was I wrong. He is, in every way, Lemony Snicket. It really is hard to picture anyone else delivering such dry humor in such a serious and solemn manner. I was hooked with every word, anxiously listening to each monologue, waiting for the twisted and dark punchline at the finish. One monologue in particular had my roommate and I in complete silence. When Warburton delivered the final word, we looked at each other and busted out laughing.

All in all, the show is a faithful and enjoyable adaptation of the books. It keeps to the story while still adding a couple gasp-worthy twists. For those of us who spent so long undergoing our own detective work, trying to solve the many mysteries woven through Snicket’s morbid but brilliant tale, this is the missing piece that we’ve been waiting for.

Sorry, Mr. Snicket. It’s just too good of a tragedy to ignore.