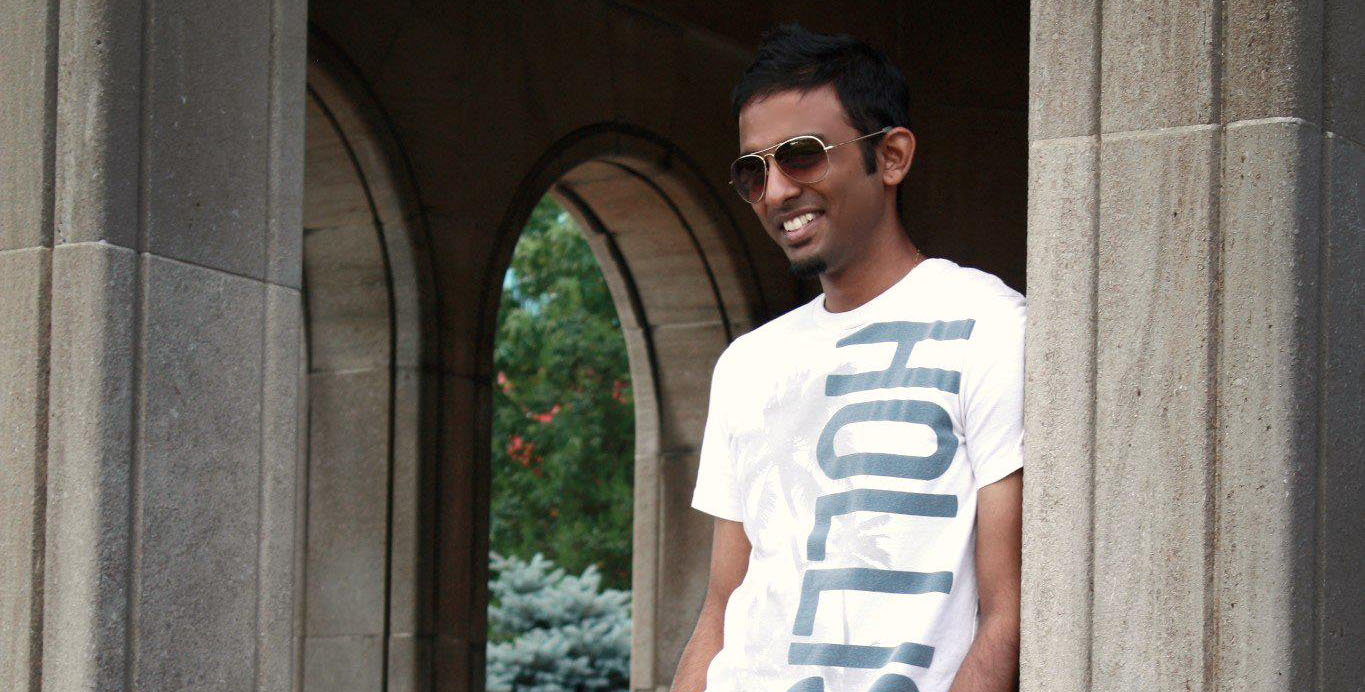 [dropcap]W[/dropcap]e’re proud to present 7th Page’s first author interview! Just a few days ago we reviewed the book Dream Caster by Najeev Raj Nadarajah and today we’re interviewing the author himself! We asked the Dream Caster author seven questions (in tune with the name of the site) and learned a lot about his insight into writing, characters […]

We asked the Dream Caster author seven questions (in tune with the name of the site) and learned a lot about his insight into writing, characters and inspirations!

First, what is your book about? If you were in an elevator and had to pitch your novel to someone in thirty seconds, what would you tell them?

What if the very world you knew was now nothing more than just ashes and ruins, and you were among the last of its survivors? Nightmarish creatures roam the streets, electricity has been long extinct, and the very presence of fire could be the last thing you would ever see. Could you survive in such a world that was broken by a madman who wields the accursed ability to take his dreams and manifest them into reality? As dark and foreboding as it may seem, what if I were to tell you that there is hope, and that there is another who shares this very ability, and seeks to save our dying world. That is the tale of Dream Caster, a story filled with darkness, wonder, and redemption.

Is there anyone close to you who has had a large impact on your writing?

I can list a few of my family and friends who’ve all had minor to moderate impacts on my writing, but no one in particular who’s had a large enough impact to really stand out. They’re all great in terms of assisting, motivating, and continuing to support my ambition. But when it comes to leaving that lasting impact, I think that territory solely belongs to two authors: Tolkien and Rowling. It was they who left such an impression on me that I know no matter what, I’ll continue to write and continue to tell stories for as long as I possibly can.

What would you say is the hardest part about writing a book?

What I found most difficult (not while writing Dream Caster, but while editing Dreamweaver) was staying focused and prioritizing. There’s another epic fantasy concept that’s been steadily forming in my head and it’s such an exciting world with such wonderful characters that it sometimes tends to pull me away from my current work. That, I find, is one of the hardest things about being a writer: trying to write down all of your ideas when there’s so many swimming through that head of yours.

Your characters are very interesting. I personally liked Abanel because of the mystery and intrigue that surrounds her story. If you could have dinner with one of your characters, who would it be and why? What do you think they would order as a main course?

If I was to go out for dinner with (only) one character, I think that’d definitely be yiMona. I’ve heard that she’s ridiculously good looking. At least, that’s the talk among the guys at the Shield.

Now, if I was allowed to take two of my characters out for dinner, I’d definitely take the tandem of Toggen and Minyun. You’ll find out who the latter of those two is in Dreamweaver. Toggen’s a bit of a grouch and Minyun’s just the guy Toggen needs to get him all riled up.

As for what they’d order. Considering the world they live in, not one of them has ever had a warm hearty meal. My guess is that, upon seeing the food, yiMona would probably hold the closest person to her at knifepoint and take their meal. Toggen would definitely force his way into the kitchen and raid the place, taking as much food as he can. As for Minyun, he’ll probably just sit there laughing and egging Toggen on. Simply put, not one of them would pay much attention to the menu, and the dinner would turn into a disaster.

Dream Caster is all about dreams becoming reality. Have you ever had a dream that you would like to see become reality—and maybe one that you hope never does become reality?

A few weeks ago I had a dream that I was at my very first book signing and it was really exciting. It’d be great if that dream were to come true is what I’d say if that dream hadn’t ended as a nightmare, because no one showed up to the signing (hahaha).

Authors always hope that their books will teach life truths to their readers, but what about you? Have you learned anything new from your book and characters—and if yes, what might that be?

I set out to teach my readers that we’re taking the luxuries of this world for advantage. In terms of that, we as people are constantly learning (or not), and that’s myself included.

I know you like Lord of the Rings and are a big J.R.R. Tolkien fan. Everyone is constantly amazed by Middle Earth—and that leads me to our last question: If you were given the chance to visit one location in all of Middle Earth, where would it be and why?

This question isn’t fair. I find it’s the equivalent of having someone pick and choose a favourite amongst their kids. Seeing as you’ve asked. As much as I love Middle Earth (and would like to visit all of its many places) I’d have to choose Osgiliath as the one place I’d like to visit. The reason being, from Osgiliath, I’d be able to see both Mordor and Minas Tirith, as well as the mountains that surround both regions.

And seeing as Osgiliath is split by the Anduin River, I’d be able to eventually head upstream and visit Rohan, Fangorn Forest, Lothlorien, Mirkwood, then cut across the Misty Mountains and into Rivendell, and ultimately finish my journey by winding up in the Shire.

Najeev Raj Nadarajah has been an enthusiast of the fantasy genre since he first picked up a copy of The Hobbit as a twelve year old. Uniting that unwavering passion with the written word, Nadarajah’s debut novel, Dream Caster, ignites the post-apocalyptic fantasy tale of the Dream Cycle.

Nadarajah resides in Toronto, Canada, where he works as campus security for the University of Toronto. He is a post-apocalyptic research enthusiast, a strategist, and considers himself an honorary fantasy geek. Dream Caster, being the first part of the Dream Cycle, is his debut novel.

A special thanks to Najeev Raj Nadarajah for answering our questions!