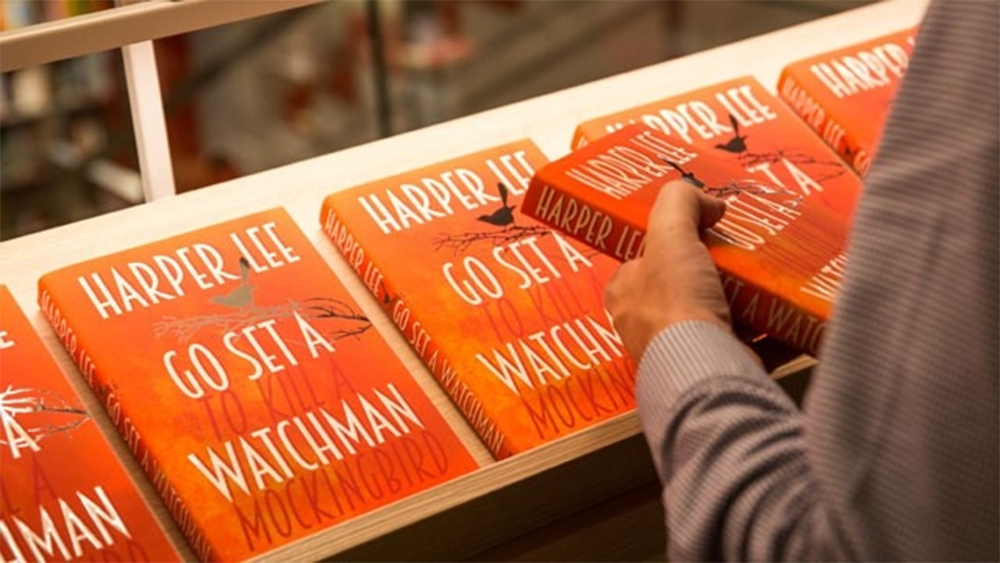 Today is a historical event in literary history–one not seen since Harry Potter. But it’s been met with controversy.

Harper Lee’s highly anticipated novel, Go Set a Watchman hit shelves this morning across the globe, becoming what is the largest book event since the release of the final Harry Potter book. However, the road leading to publication has been a long and criticized one.

Lee wrote Watchman during the 1950’s, years before the publication of her beloved (and before today, only) novel, To Kill a Mockingbird. Watchman, which is being publicized as a sequel to Mockingbird, follows the iconic characters of Jean Louise (“Scout”) and Atticus Finch, the primary characters of Lee’s first book.

The story goes that Lee intended for Watchman to be her first published novel. However, when her editor suggested that she write a story from Scout Finch’s point-of-view, Lee discontinued her work on Watchman and began penning Mockingbird.

To Kill A Mockingbird was later published on July 11, 1960 and saw immense success. Not only did the novel go on to win the Pulitzer Prize, but it became a cornerstone in American literature. To this day, the book is included in many middle and high-school curricula across the United States.

But as Mockingbird rose to prominence, Lee’s original novel, Go Set a Watchman, was forgotten. The years following Lee’s success were marked with rumors of follow-ups and prequels to Mockingbird. At one point, a trilogy was discussed, but it never saw fruition. Lee became infamously known for having only ever published a single novel.

That’s why, earlier this year, when HarperCollins announced the publication of a sequel to Mockingbird, the world was both shocked and overjoyed. In fact, the Watchman manuscript was thought to be lost. That was until 2011, when Lee’s lawyer found the manuscript in an old safe deposit box. Although at the time Lee’s lawyer thought the manuscript to be an early draft of Mockingbird (and some suggest that it is), she later learned about the rumors of Lee’s supposedly planned sequels. The publication announcement came soon after.

While the world rejoiced in anticipation for Watchman, many were also suspicious of the circumstances behind the publication. Some suggested that Lee, now 89-years-old and living in a nursing home, had been coerced into releasing the novel by her lawyer, agent, and publisher. It had become such a concern that investigators in Alabama looked into the matter. Last April the investigation concluded that the claims were untrue.

When HarperCollins announced the publication of Watchman, they noted that the book would not be revised by Lee. In many ways, it’s still a first draft. And now that the book is out, many are finding themselves disappointed.

The main criticism of the book seems directed at Atticus Finch–a character who has been seen as the moral backbone of Mockingbird. He’s often cited as a model for real-life lawyers. However, in Watchman, Finch is reportedly portrayed as an aged bigot, going against the previously held image of the beloved character.

“Atticus, more than any other character, has stood for justice and righteousness in the American imagination,” wrote Daniel D’Addario for TIME, following the revelation of Finch’s portrayal. “And now he’s revealed as a bigot? Perhaps especially as anxieties rise over the apparent absence of justice in racially charged cases, it seems somehow too much, We need heroes in our fiction, at least.”

In another review from NPR, it was written that, “Go Set a Watchman is kind of a mess that will forever change the way we read a masterpiece.”

The book currently holds three out of five stars on the Barnes & Noble website.

Despite the criticism, Watchman has still been met with a strong level of excitement. Bookstores left their doors open until midnight last night, something that has rarely been seen since the publication of J.K. Rowling’s Harry Potter series. The book currently sits at the top of all the best-seller lists.

The question now is whether or not Watchman will truly affect the way readers approach Mockingbird. Does the book offer the same intellect and insight as its predecessor? Will it be regarded as a classic or a dud?

Regardless of the controversy, Watchman has gone on to become (and will surely remain) one of the best-selling novels of this decade.