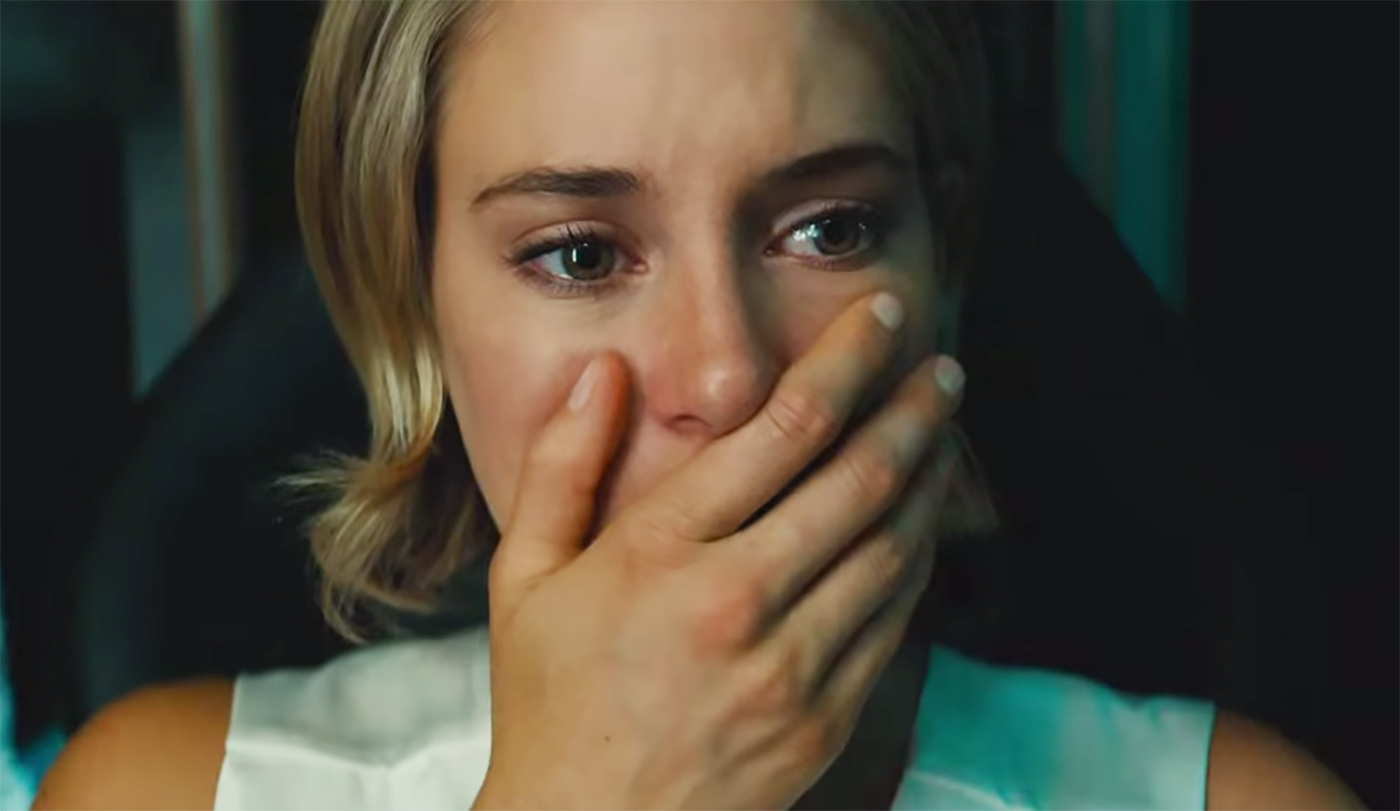 The new Allegiant teaser trailer gives us a glimpse back on the past movies and show us our first look at the upcoming Allegiant movie!

The teaser trailer gives us our very first look at the upcoming movie based on Veronica Roth’s book of the same name. Like in the book, Tris Prior (played by Shailene Woodley), Four (played by Theo James), and the other intiates escape the wall surrounding their city following the events in ‘Insurgent’.

You can watch the trailer below:

In addition to new footage, the trailer opens up by looking back on some of the key and pivotal moments in the first two movies. In the montage, we see the journey that Tris and the others have gone through and what’s brought them to the point where they can go beyond the wall.

One of the biggest reveals in the trailer is that of actor Jeff Daniels who will be playing David. Anybody nervous?

‘Allegiant’ will be based on the first part of Veronica Roth’s book of the same name. Lionsgate and Summit announced last week that the final movie, based off the second half of Allegiant, is being renamed ‘Ascendant’, shocking a lot of fans.

RELATED: Listen to our podcast in which we discuss the renaming of the final Divergent movie! What does the name ‘Ascendant’ mean, exactly?

Concerning the name change of the final movie, author Veronica Roth said that “it means there are going to be some changes, but it’s really too early to know exactly what those changes will be or the extent of them.”

Time will tell what sort of changes fans should expect in these final two films. While we don’t know much at this point, we imagine that we’ll be seeing a lot more footage and stills as we near 2016.

WHAT DO YOU THINK ABOUT THE ALLEGIANT TEASER TRAILER?