Will Dumbledore’s sexuality be explored in 19 years of ‘Fantastic Beasts’? 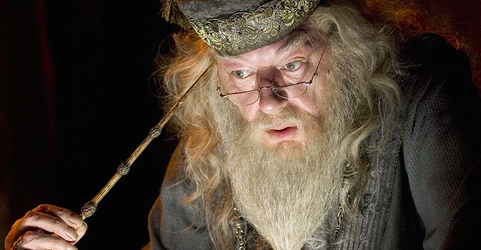 Thursday night saw the world premiere event for Fantastic Beasts and Where to Find Them. Many of the stars from the original Potter films attended, alongside the cast and creative team behind Fantastic Beasts, including the Queen herself, J.K. Rowling.

It was a massive press day for Jo. At the live stream event on the 13th of October, she revealed to the world that there would be not three but five films in the Fantastic Beasts franchise. It has also been revealed that the second film will be set in Paris.

With five films to tell this story, Rowling confirmed to a Variety reporter on the red carpet that the films will span 19 years! A number that is already incredibly significant to Potter fans. Fantastic Beasts and Where to Find Them takes place in 1926 New York, meaning that the final scene in this adventure will be set in 1945. Muggles may know this as the year WWII ended, but it was also the year the global Wizarding War concluded when Dumbledore defeated Grindelwald, making him the rightful owner of the elder wand.

It has been confirmed that Johnny Depp will be portraying Gellert Grindelwald in the films to come, with a small appearance in Fantastic Beasts. While many fans have been expressing their disapproval of this casting choice, on the red carpet Rowling expressed that she is “delighted” with his performance thus far (The Mirror).

Fans will know that Dumbledore and Grindelwald were close friends before their duel in 1945. Working together on plans for “the greater good.” After the release of Harry Potter and the Deathly Hallows in 2007, Rowling revealed that Dumbledore was gay. Many fans have since speculated about his relationship with Grindelwald. At a press conference on Thursday, when asked whether Dumbledore’s sexuality would be explored in the Fantastic Beasts films, Rowling responded:

You will see Dumbledore as a younger man and quite a troubled man. We’ll see him at that formative period of his life. As far as his sexuality is concerned, watch this space. Hypable,

There has been no announcement regarding Dumbledore’s casting, although fans are anxious after Depp was revealed to be playing Grindelwald.

With less than a week to wait until the film’s release on November 18th, fans all over the world are preparing for yet another Harry Potter story. This time, the film will explore a time long before Harry’s in the completely new setting of New York City. There is so much yet to be discovered about J.K. Rowling’s Wizarding World and the team here at Bookstacked are hoping that Fantastic Beasts lives up to expectations.