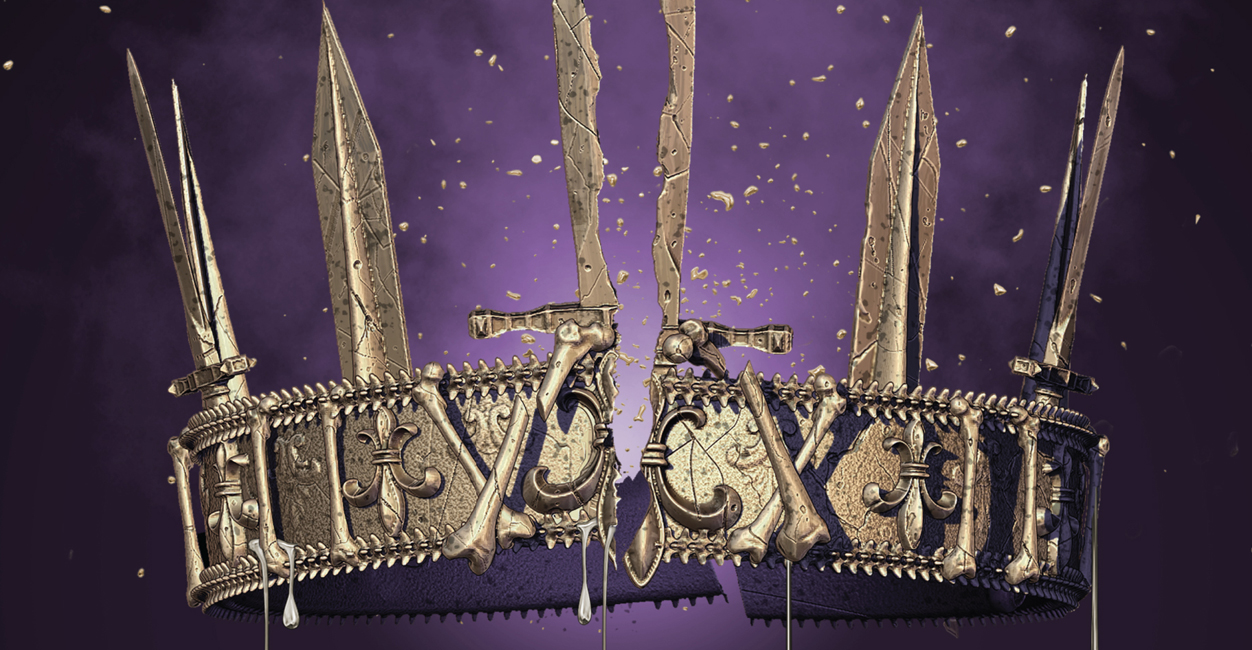 Who else is excited about ‘Broken Throne’? 😍😍😍

The primary story arc of Mare Barrow and Norta may have ended in War Storm, but author Victoria Aveyard still has a bit more of their story to tell.

Epic Reads unveiled the cover for the final book of the Red Queen series Thursday morning. Titled Broken Throne, this installment is a collection of short stories that will take place during and after the series.

CHECK IT OUT BELOW:

Of note: Unlike previous covers in the Red Queen series, this one features a crown broken down the middle. On top of that, the blood spilling from the crown is… silver (as opposed to the previous books where it was a mixture of red and silver). 🤔

“I can’t wait to see BROKEN THRONE lined up with the rest of RED QUEEN,” Aveyard tweeted after the cover’s reveal. “The colors, as always, are symbolic.”

It’ll be no question that fans are eager to learn more about the fates of their favorite characters. Aveyard left many of their stories open for more at the end of War Storm.

Broken Throne is scheduled for release May 7.