YA authors react to the 2020 presidential election 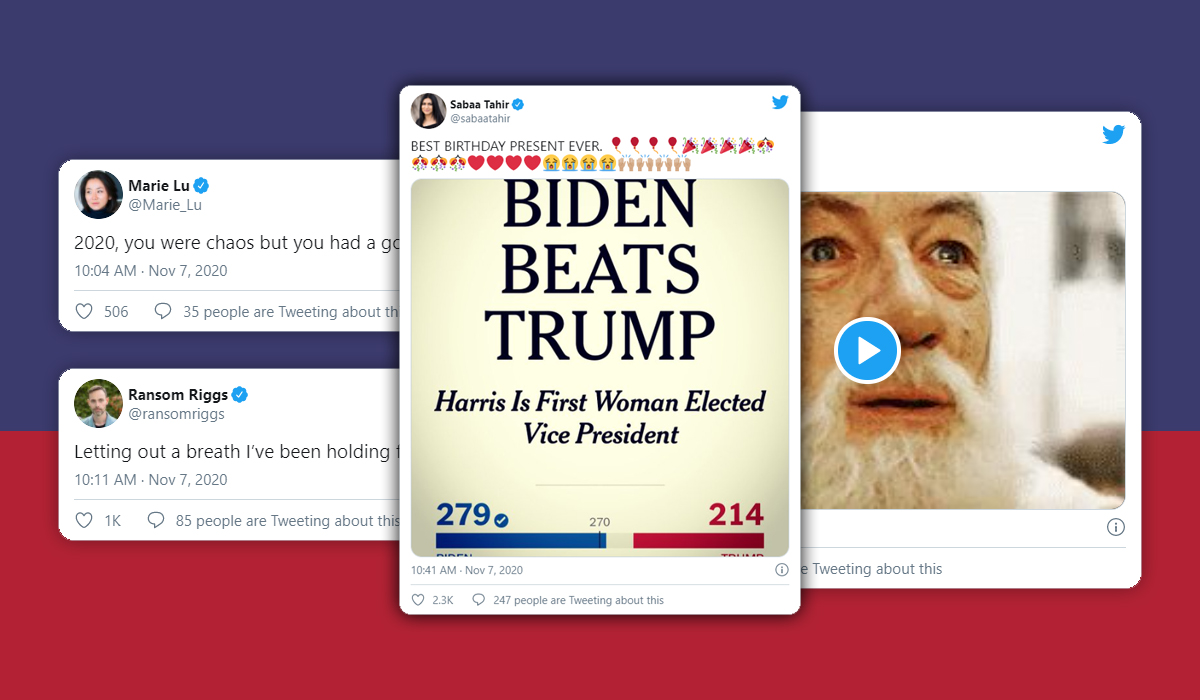 YA authors celebrated the results of the 2020 U.S. presidential election on social media. (Composite: Bookstacked)

“I will never criticize a YA character again. I’ve definitely been holding a breath for 4 years.”

YA authors are making their voices heard across social media about the presidential election in the United States. The tone? Festive.

Joe Biden was elected the next president of the United States Saturday morning, according to numerous news sources. The election signals the end of Donald Trump’s presidency. It’s also a historic election, with Kamala Harris becoming the first female, first Black and first South Asian vice president-elect in the United States, according to CNN.

“I released the breath I knew I was holding,” The Hate U Give author Angie Thomas said in one tweet before adding in another, “I will never criticize a YA character again. I’ve definitely been holding a breath for 4 years.”

On Twitter, Sabaa Tahir posted The New York Time’s headline announcing the news with the message, “BEST BIRTHDAY PRESENT EVER.” YA authors Kiersten White, Julie Murphy and Ellen Oh (among many others) congratulated the author and wished her a happy birthday.

Like Thomas and Tahir, many other YA authors celebrated the results of the 2020 election.

Here’s a collection of other reactions posted to social media.