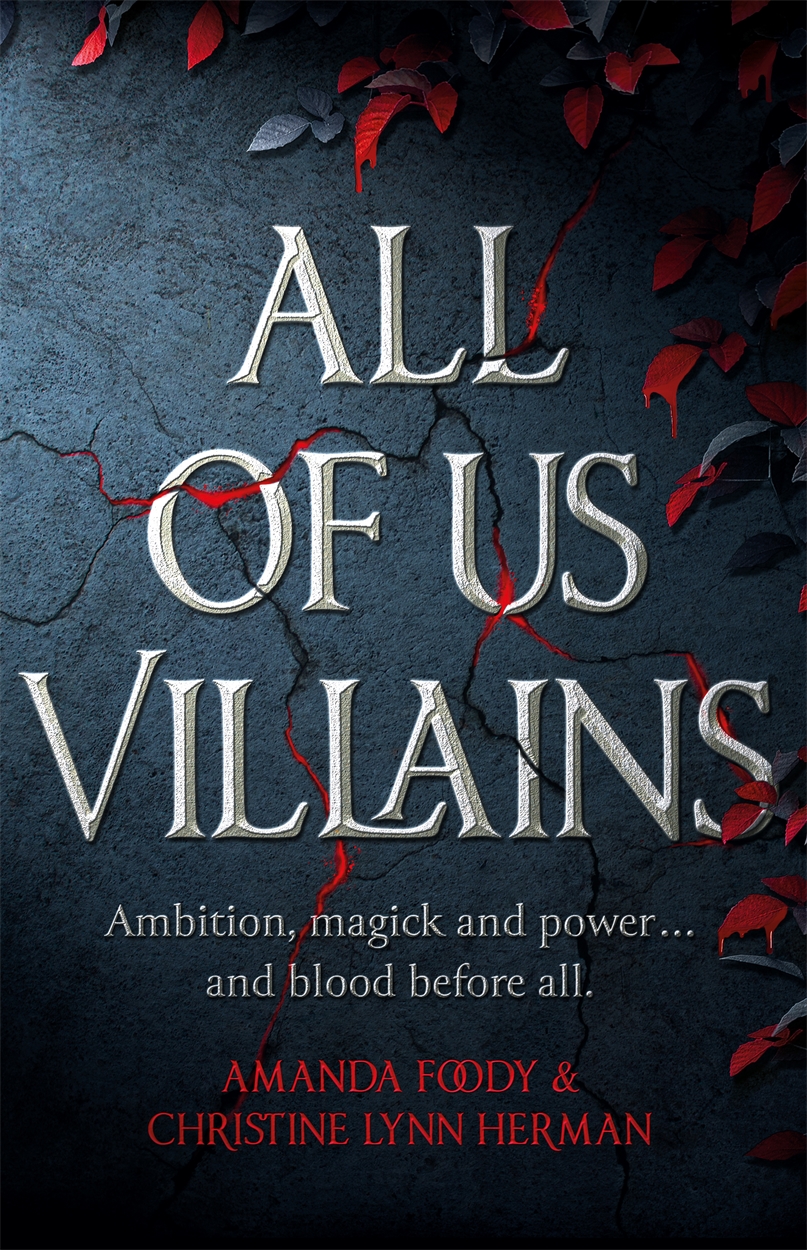 'All Of Us Villains' by Amanda Foody and Christine Lynn Herman. (Gollancz)

REVIEW: ‘All Of Us Villains’ by Amanda Foody and Christine Lynn Herman offered more than it gave

I wanted more from Amanda Foody and Christine Lynn Herman’s tale of villainy…which turned out to be not quite that.

For many readers, All Of Us Villains will be a somewhat familiar tale, with a death-tournament, high magic and teens subverting their family’s stereotypes.

After the publication of a salacious tell-all book, the remote city of Ilvernath is thrust into the spotlight. Tourists, protesters, and reporters alike flock to its spellshops and historic ruins to witness an ancient curse unfold: every generation, seven families name a champion to compete in a tournament to the death. The prize is their family’s exclusive control over the city’s high magick supply, the most powerful resource in the world.

In the past, the villainous Lowes have won nearly every tournament, and their champion is prepared to continue his family’s reign. But this year, thanks to their newfound notoriety, each of the champions has a means to win. or better yet: a chance to rewrite their story.

But this is a story than must be penned in blood.

The premise of All Of Us Villains is an interesting one, and it sounds like it has a lot to offer. Unfortunately, I found the majority of it to be a disappointment. From a lack of worldbuilding to solidify Ilvernath and the world of the story in my mind, to a predictable plot and characters, I struggled to get truly involved in this novel.

If you are expecting a novel full of villains, this is not that book. As much as the word “villain” is dropped throughout, the characters are all clearly on some form of redemption-arc to get away from their family’s reputation. Which isn’t a bad thing in itself. In fact, this kind of story can be fantastic to read. But from the get-go, All Of Us Villains assures us this is a tale about evil people. And when it turns out to not be, at all, I couldn’t help but feel let down.

The majority of the evilness happens in the background, amongst the families of the competitors, and more often than not, off-screen. The tournament the teens must compete in has a familiar set up, and its purpose is for one champion to reign after killing everyone else. For a book based around such a dramatic death-tournament, there is surprisingly little death.

This novel is written from multiple perspectives, but each chapter is quite short. As a result, we flit very quickly between points of view, not getting much opportunity to settle into one before moving onto another. Some of the POVs were better than others, with Alistair Lowe being the shining star of the story. I cared about his arc and background the most. It often seemed like he was the main character, despite the whole thing not being written from his perspective.

A quick note on the writing: a lot of this novel was predictable, with a lot of telling rather than showing. I never beame fully immersed in the story because I felt almost kept at arms length. Similarly, I really must address the lack of representation and diversity in All Of Us Villains. Perhaps one or two POC, and a hint at a bisexual character. Otherwise, severely lacking.

Overall All Of Us Villains ended up disappointing me, after being so excited by the premise and determined to get absorbed in the story. I have seen a good number of positive reviews out there though, so I am sure this is a novel some people will really love. As for me, it all felt a little weak, and certainly not warranting the length of a duology.

I truly hope anyone who chooses to pick up this book finds themselves adoring it. Unfortunately, it just wasn’t the one for me.

Characters: aside from Alistair, I struggled to truly care about them.

Writing: in need of diversity!

Theme/Message: a very cool theme I wish I could have enjoyed more.