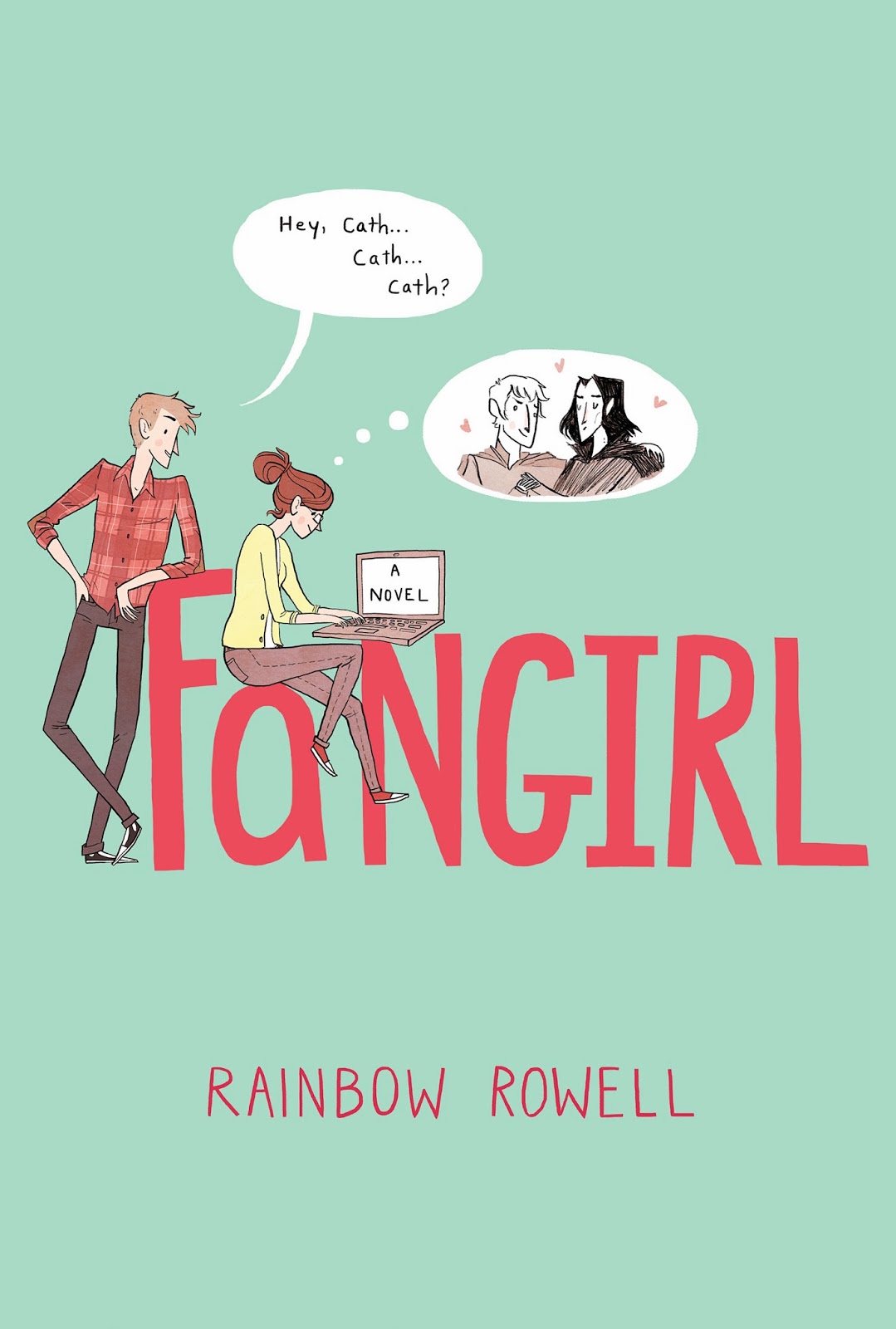 One of the best I’ve read in a long time

Every once in a while you find one of those books that puts an aspect of your life into words.  I had that experience as I read Fangirl by Rainbow Rowell.

A coming-of-age tale of fan fiction, family and first love.

Cath is a Simon Snow fan.

Okay, the whole world is a Simon Snow fan…

But for Cath, being a fan is her life—and she’s really good at it. She and her twin sister, Wren, ensconced themselves in the Simon Snow series when they were just kids; it’s what got them through their mother leaving.

Reading. Rereading. Hanging out in Simon Snow forums, writing Simon Snow fan fiction, dressing up like the characters for every movie premiere.

Cath’s sister has mostly grown away from fandom, but Cath can’t let go. She doesn’t want to.

Now that they’re going to college, Wren has told Cath she doesn’t want to be roommates. Cath is on her own, completely outside of her comfort zone. She’s got a surly roommate with a charming, always-around boyfriend, a fiction-writing professor who thinks fan fiction is the end of the civilized world, a handsome classmate who only wants to talk about words… And she can’t stop worrying about her dad, who’s loving and fragile and has never really been alone.

For Cath, the question is: Can she do this?

Can she make it without Wren holding her hand? Is she ready to start living her own life? Writing her own stories?

And does she even want to move on if it means leaving Simon Snow behind?

Now, I’ve mentioned before that I’m not a romance fan.  I don’t mind romance in books, I’m just not a huge romance book reader.  Make sense?  Ok.  Well, this is one of those love stories.  I put off reading this book for a long time because of that and I hate myself for doing it.

With that said, let’s get one thing out of the way: This isn’t necessarily a super-original story.  Girl’s life has issues.  Girl meets boy.  Girl and boy fall in love.  Life gets more complicated.  Life is better.

You’ve heard this story, right?  Can you guess what made it good?  Yeah, it’s the characters.

This was one of my biggest misconceptions when reading the book.  I’ve never been a fan of fan fiction.  I love Harry Potter.  I’m very familiar with the culture surrounding the fandom.  But fanfiction has never been my cup of tea.  I don’t hate on fan fiction writers.  I’ve just never understood why they do it.  For that reason, I was afraid that I’d have trouble connecting to Cath since her mind is so focused on writing fan fiction.

I’m not sure I’ve ever seen someone zero in on characters as well as Rainbow Rowell.  But somehow, the fan fiction didn’t create a barrier between Cath and me.  I started to understand her (and hopefully others’) need(?) to write fan fiction.  I felt her insecurities, her highs, and her lows.  I don’t know if I’ve ever connected with a character like I did with Rowell’s Cath.

Yet Rowell doesn’t just flesh out Cath’s character.  EVERY SINGLE CHARACTER that appears in this story–from the roommates to the professors, from the siblings to the parents–is written so incredibly well.  You think you have one character figured out, and then you see that their motives are more complex than you had realized.  The fact that even the minor characters are so detailed really makes reading Fangirl an incredible experience.

In my opinion, Cath’s roommate Reagan is the best example of this.  Keep an eye on her as you read this book.  She’s one of my favorite characters I’ve read in a long time.

With all of that said, not everyone will appreciate this story.  There are people out there who just never had that Harry Potter, Doctor Who, Star-Wars, Or-whatever-it-was-for-you experience.  But if you have even an inkling of an idea of what Harry Potter means to a Potterhead (or Doctor Who to a Whovian, or Divergent to an Initiate), then I think you’ll appreciate this book.

I really don’t know what else to say.  This story is all about the characters.  Something about them works.  They feel real.  And even though I’ve always shunned the fanfiction aspect of my favorite fandoms, I honestly came out of reading this book with a new attitude toward fan fiction writers.

Cath has somehow come to take on that part of my childhood where I fell in love with the characters in a book.

One of the best books I’ve read in a long time and one of truest I’ve ever read. Loved it!

The Most Defining YA Books of All Time