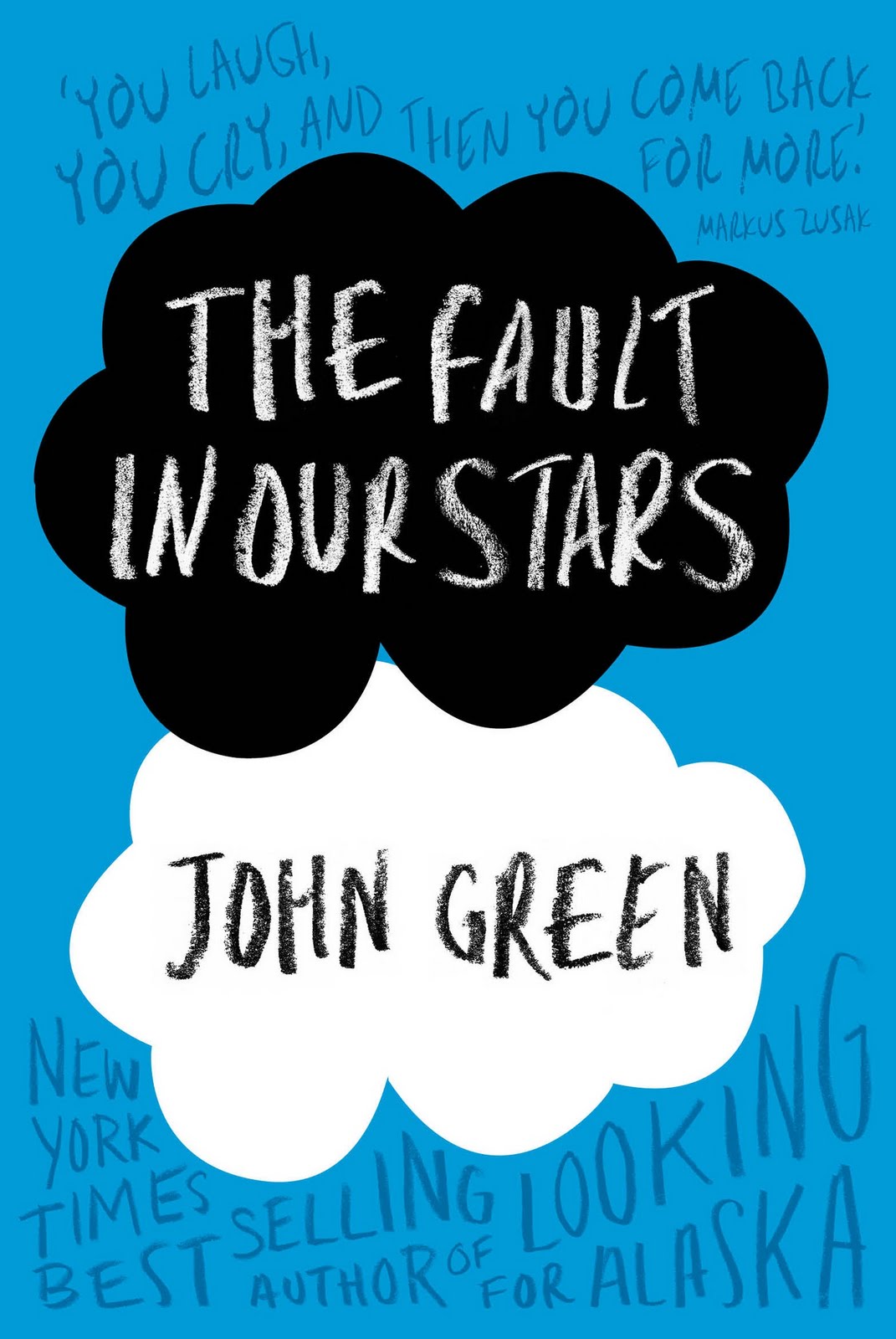 'The Fault in Our Stars' by John Green (Dutton Books)

[Import] The Fault in Our Stars by John Green (Book Review)

This book will leave you haunted.

I have read several books since returning home from my mission–particularly books that were released during my time in the mission field.  One of those books was suggested by a good friend of mine and since reading it, it has become one of my favorite books.  It’s certainly the best book I’ve read since my return.

I’m talking about The Fault In Our Stars by John Green.

Long story short: The Fault In Our Stars is the story of Hazel Grace who is diagnosed with thyroid cancer and she’s… expecting to die.  And that’s about all she’s ever expecting.  Until she meets Augustus Waters at a cancer support group, who, to her complete surprise, falls in love with Hazel.  And the book basically chronicles the story between these two teenage kids and the struggles and hardships they encounter in every day life.  Okay?  Okay. 😉

There are bucket-loads of reasons as to why I love this book but I’m not going to attempt to fit them all into a single blog post.

So here’s just one.

I normally enjoy reading books with large scale action and adventure but you don’t exactly find that here in The Fault In Our Stars.  And yet I was more invested in this story than I am in half the other books I’ve ever read!  Why?  I think that it is simply John Green’s ability to relate the characters to the readers.  They feel so real and I felt so attached to them.  They aren’t cardboard cut outs.  You laugh with them, you cry with them, you fall in love with them (and I’m not just talking about Hazel and Augustus either).  These young characters ask the deeper and more demanding questions that accompany the pains of life and death, love and hope and faith and reality.

The characters were written in such a way that even weeks after finishing this book, they still tend to occupy my thoughts from time to time.  The Fault In Our Stars is a book that will leave the reader with a strong sense of tragedy and enlightenment.  It’s a refreshing piece of literature and I highly recommend it for anyone who wishes to make some new–and (in many ways) very real–friends who will last in your heart long after you’ve turned the last page.

The Fault In Our Stars by John Green is published by Dutton Books and was released January 2012.  The film adaption is currently in pre-production with Shailene Woodley as Hazel Grace.

Buckets of reasons to love this book