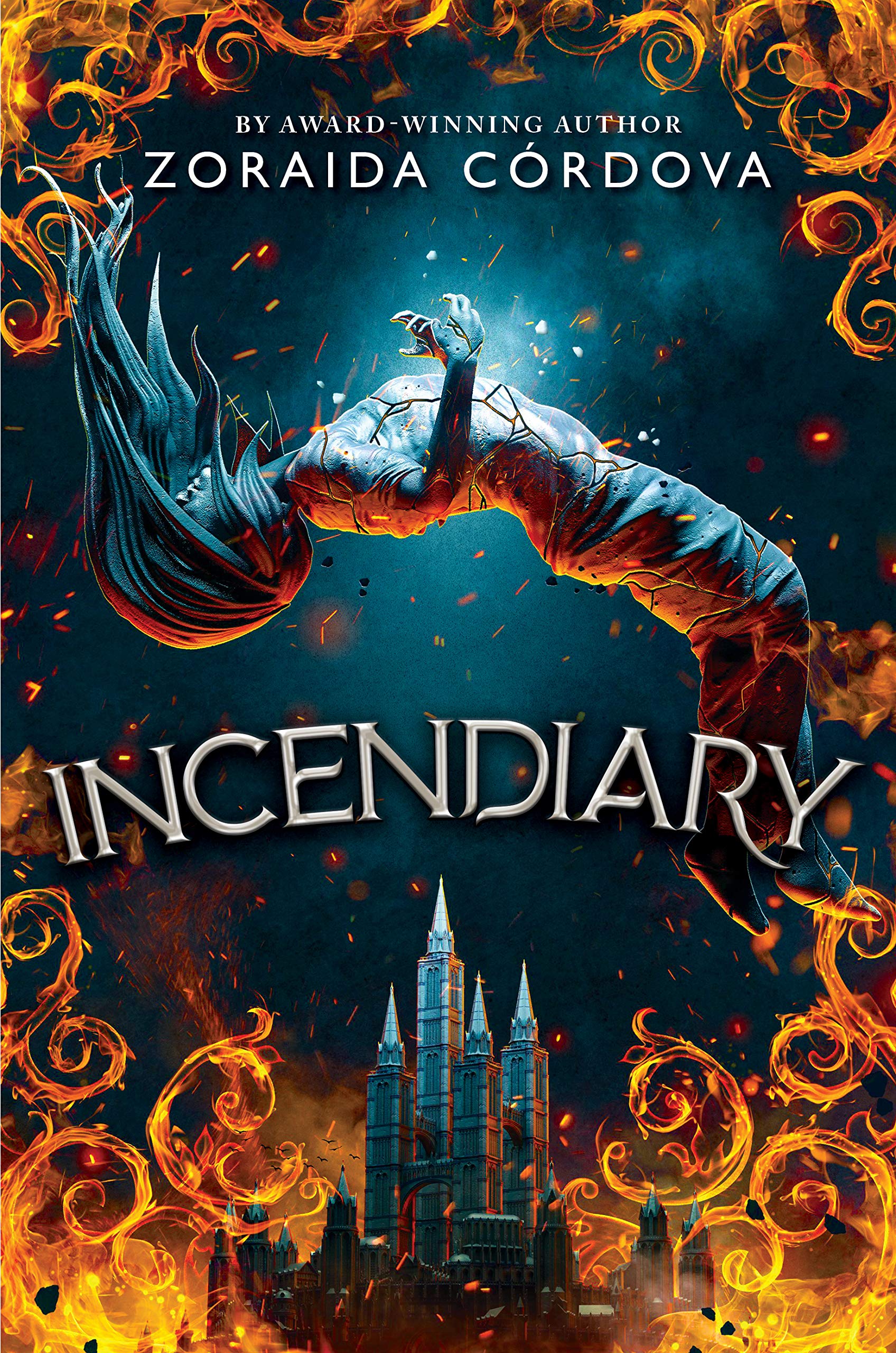 REVIEW: ‘Incendiary’ by Zoraida Córdova is a special type of magic

Incendiary by Zoraida Córdova starts out messy but moves past that to deliver a gripping story with echoes of Latin America’s own past.

I am Renata Convida.
I have lived a hundred stolen lives.
Now I live my own.

Renata Convida was only a child when she was kidnapped by the King’s Justice and brought to the luxurious palace of Andalucia. As a Robari, the rarest and most feared of the magical Moria, Renata’s ability to steal memories from royal enemies enabled the King’s Wrath, a siege that resulted in the deaths of thousands of her own people.

Now Renata is one of the Whispers, rebel spies working against the crown and helping the remaining Moria escape the kingdom bent on their destruction. The Whispers may have rescued Renata from the palace years ago, but she cannot escape their mistrust and hatred — or the overpowering memories of the hundreds of souls she turned “hollow” during her time in the palace.

When Dez, the commander of her unit, is taken captive by the notorious Sangrado Prince, Renata will do anything to save the boy whose love makes her place among the Whispers bearable. But a disastrous rescue attempt means Renata must return to the palace under cover and complete Dez’s top secret mission. Can Renata convince her former captors that she remains loyal, even as she burns for vengeance against the brutal, enigmatic prince? Her life and the fate of the Moria depend on it.

But returning to the palace stirs childhood memories long locked away. As Renata grows more deeply embedded in the politics of the royal court, she uncovers a secret in her past that could change the entire fate of the kingdom–and end the war that has cost her everything.

I have mixed feelings about this book because I’m not a fan of the events that kick-start the plot, specifically the romance.  In the first chapter Renata emphatically states she can’t act on her feelings for Dez, her commander, because of how this would impact the unit’s dynamics. However, a few chapters later she is sneaking off into the woods with him, where they all but proclaim their love for each other. In the time that passed there was no obvious development in her feelings, or an event to cement her decision. Their relationship felt rushed and her motivation slightly overblown.

Once the plot does kick off, Incendiary by Zoraida Córdova becomes much better. The writing becomes much more focused on the plot, with fewer info-dumpy passages and a good pace. While Renata’s stay at the palace isn’t the most action-packed part of the novel, her alertness and the constant underlying tension make it far from boring.

It also allows Córdova to develop Renata’s character alongside the secondary characters who appear throughout. Of those, Leo and Lady Nuria were my favourite because their loyalty was a question that kept me on my toes. However, I wish Córdova had developed the characters of Renata’s unit a bit more as they felt flat in comparison.

I also want to touch on Castian’s character because he surprised me the most. The prologue sets him up as a formidable villain but most of what we know about him, once Renata is in the palace, comes from local rumours and the rebels’ impressions of him. It’s impressive how present he is in the story all while he physically remains in the shadows.

Finally, I want to talk about the world. It’s incredibly rich and relies on an attention to detail. Beyond the fascinating magic system, there’s a lot of history and politics thrown in, which can become confusing at times. The information wasn’t overwhelming — Córdova creates links between events, places, and political events and/or figures — but it was a lot to remember.

Córdova’s skill with her characters were my favourite feature and I can’t wait to be reunited with them in the sequel to Incendiary!

A messy start to a good book