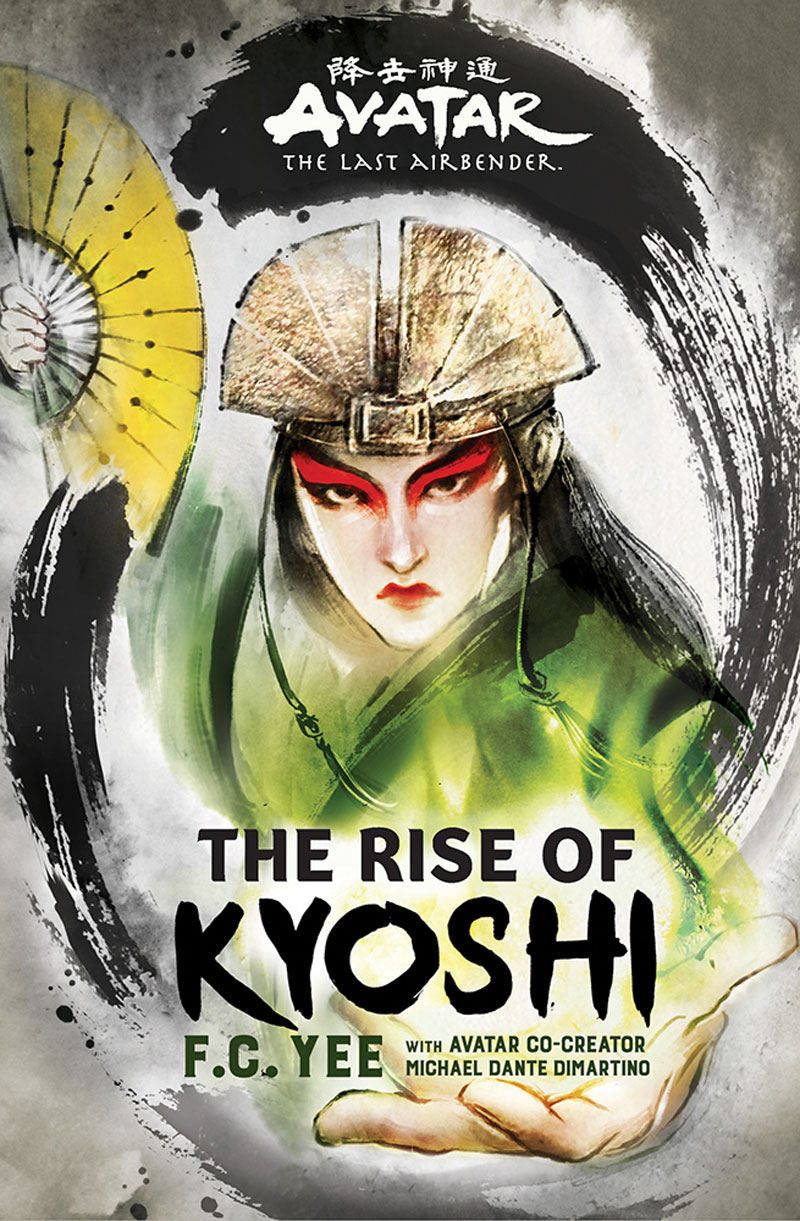 'The Rise of Kyoshi' by F.C. Yee (Abrams Books)

REVIEW: ‘The Rise of Kyoshi’ by F.C. Yee is essential reading for Avatar fans

F.C. Yee hits every level of storytelling in a way that only a master story-bender can.

Reading a really good book for the first time is magic. That holds true for other story mediums as well. Nickelodeon’s television show ‘Avatar: The Last Airbender’ gave a generation that experience years ago. Its new spin-off book, The Rise of Kyoshi, has done it again.

F.C. Yee’s The Rise of Kyoshi delves into the story of Kyoshi, the Earth Kingdom–born Avatar. The longest-living Avatar in this beloved world’s history, Kyoshi established the brave and respected Kyoshi Warriors, but also founded the secretive Dai Li, which led to the corruption, decline, and fall of her own nation. The first of two novels based on Kyoshi, The Rise of Kyoshi maps her journey from a girl of humble origins to the merciless pursuer of justice who is still feared and admired centuries after she became the Avatar.

Let’s make one thing clear: This is the third Avatar series.

This isn’t some companion book that adds simple context to the world, nor is it a shallow spin-off in the form of a comic book. This is as much a tale as the stories of Aang and Korra are.

And those who felt uneasy after some of the uneven storytelling in ‘Korra’ can rest easy. F.C. Yee has taken the familiar ingredients of an Avatar coming-of-age story and brought them together in a fresh and exciting way. The Rise of Kyoshi never crawls at the pace of an aardvark-sloth. Rather, it hooks you from the beginning and sends you hurtling toward an exciting, emotional and unexpected finale.

Suspense is built into this book from the very beginning. Kyoshi is the Avatar, though nobody knows it — not even her. In fact, most people believe it’s the admirable hotshot Yun who wears the mantle of the bridge between the spirit and physical worlds. It’s not until a daring rescue and a shocking betrayal that the truth is revealed.

That’s pretty much all that can be said in terms of plot without spoiling anything. You see, the twists and shocks come early and fast in Yee’s novel. It’s your favorite binge-show in book form.

But here’s what can be said: Yee has crafted something special.

Kyoshi, a legendary figure of Avatar lore who makes several appearances throughout Nickelodeon’s original show, is brought to life in a very real sense. Meaning that she isn’t legendary here at all. She’s young, inexperienced and learning. Suddenly, the legends about Kyoshi seem to make sense, as their origins begin to take form in the young Avatar’s early years.

It’s also a queer story. The romantic elements that are present in ‘Korra’ are here as well. However, unlike the water-bending Avatar’s queer relationship (which was groundbreaking for its time), Kyoshi’s is front and center.

That said, what separates Kyoshi, more than anything, from the stories of Aang and Korra is just how much more mature her journey is. The Avatar creators have been creeping toward this for some time. ‘The Last Airbender’ infamously kills off a popular character without actually depicting the death on screen. ‘The Legend of Korra’ pushed past this boundary, featuring a murder-suicide, regicide and a character getting her head blown off. Still, the depictions of these violent moments were tame. Kids were watching these shows, after all.

But Rise of Kyoshi doesn’t hold much back.

There’s no cutting away when it comes to the deaths in this book. While the intensity is far below the level of ‘Game of Thrones’, this is a story for older YA readers.

That maturity also offers complexity in the characters and the world. It carries the tradition established in ‘The Legend of Korra’ — the villains are not so clearly evil. Morals are questioned, even by Kyoshi herself. And one or two of our heroes don’t exactly have clean hands either. In that same vein, politics have always been at the forefront of the Avatar universe, but even more so here. The exploration of power and oppression in its different forms is prominent and seems almost born out of some of the earliest storylines of George R. R. Martin’s A Song of Ice and Fire. That’s a good thing.

Simply put: There’s not much more a person could want from a book. Yee hits every level of storytelling in a way that only a master story-bender can. It’s essential reading for every Avatar fan.

+ Plot: Like a perfectly-paced Netflix show. You’ll want to binge this one.

+ Characters: Complex and mature — each adds to the beautiful tapestry of the Avatar universe.

+ Writing: The animation of ‘The Last Airbender’ and ‘The Legend of Korra’ are top-notch. There’s no animation here, but Yee beautifully captures each moment — both quiet and action-packed — in beautiful language.

+ Theme/Message: An ambiguous take on power and its many forms.