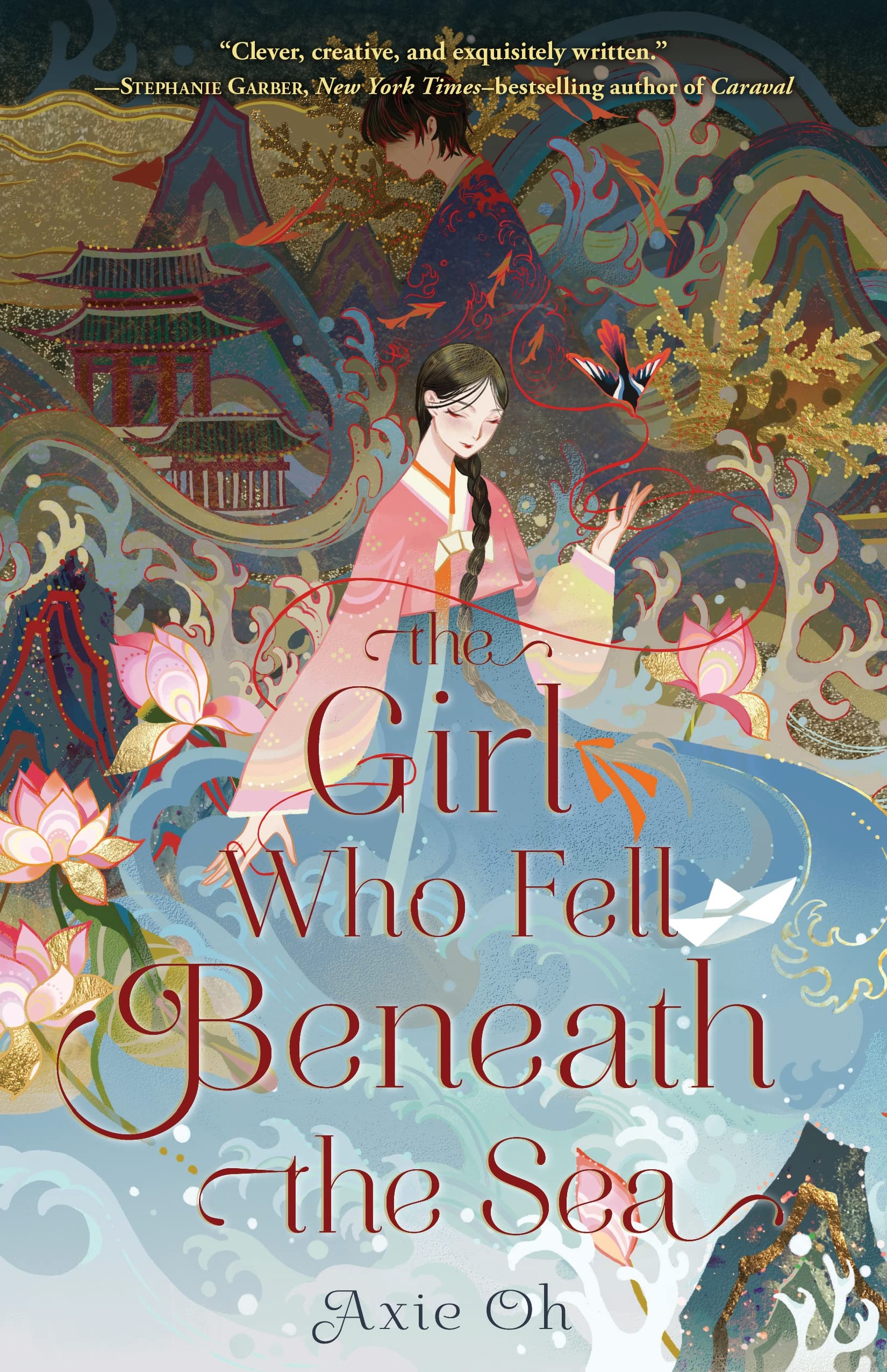 REVIEW: ‘The Girl Who Fell Beneath the Sea’ by Axie Oh is a magically heartwarming story

Axie Oh’s latest release is a charming tale about love and sacrifice set in a fantasy world.

Every once in a while you stumble upon a book that pulls you into its world and captivates you from beginning to end, and you can’t help but become obsessed with it. The Girl Who Fell Beneath the Sea was one of those books for me.

Deadly storms have ravaged Mina’s homeland for generations. Floods sweep away entire villages, while bloody wars are waged over the few remaining resources. Her people believe the Sea God, once their protector, now curses them with death and despair. In an attempt to appease him, each year a beautiful maiden is thrown into the sea to serve as the Sea God’s bride, in the hopes that one day the “true bride” will be chosen and end the suffering.

Many believe that Shim Cheong, the most beautiful girl in the village — and the beloved of Mina’s older brother Joon — may be the legendary true bride. But on the night Cheong is to be sacrificed, Joon follows Cheong out to sea, even knowing that to interfere is a death sentence. To save her brother, Mina throws herself into the water in Cheong’s stead.

Swept away to the Spirit Realm, a magical city of lesser gods and mythical beasts, Mina seeks out the Sea God, only to find him caught in an enchanted sleep. With the help of a mysterious young man named Shin — as well as a motley crew of demons, gods and spirits — Mina sets out to wake the Sea God and bring an end to the killer storms once and for all.

But she doesn’t have much time: a human cannot live long in the land of the spirits. And there are those who would do anything to keep the Sea God from waking…

Mina is a heroine that readers are sure to root for. She’s brave yet isn’t afraid to show her fears, especially when she’s being forced to make decisions to save the people of her village. She never gives up though, and I admired her relentless strength.

Her older brother, Joon, is the one person that Mina loves most in the world. She would do anything to protect him from heartbreak. The day the girl he loves, Shim Cheong, is to be sacrificed to the Sea God, Mina makes the ultimate sacrifice. It may seem like a reckless act to some, but I found Mina to be fearless at that moment. She chose to jump into the sea without knowing whether she’d live or die. Her undying love for her family is something special.

When Mina lands herself in the spirit world the book progresses and becomes a lot of fun! The world-building is brilliant. The introduction to the different Gods and demons, or how the spiritual world operates never felt too complicated. I have always enjoyed Axie Oh’s writing when it comes to setting up her worlds. They always feel familiar yet new.

Every character in this book is enjoyable. There are a few that will surprise you and ones that you thought you were going to despise but end up loving.

My favorite part was how there was a different type of love shared in the spirit world. The sense of found family these characters have is something I think readers will enjoy. They continuously fight to protect one another and it made the stakes feel higher than they already were.

There are a lot of themes in this book and so much magic and adventure, too. It was all fantastic! But for me, the heart of this story was about love and the sacrifices that we all make to ensure the people we care about are happy.

How do I best describe my feelings after finishing this book? I think it’s safe to say that my heart felt whole afterward. I loved reading about Mina’s adventures to save the people of her village and even the ones she fell in love with in the spirit world. She’s a fighter and I think she’s the perfect character for young readers.

The Girl Who Fell Beneath the Sea is for every fantasy reader out there! You will fall in love with the characters and the unique world they live in. Axie Oh’s writing has grown since her debut and I was completely enthralled with this story. There are a lot of twists and turns that will keep you on your toes!

Full of love and adventure