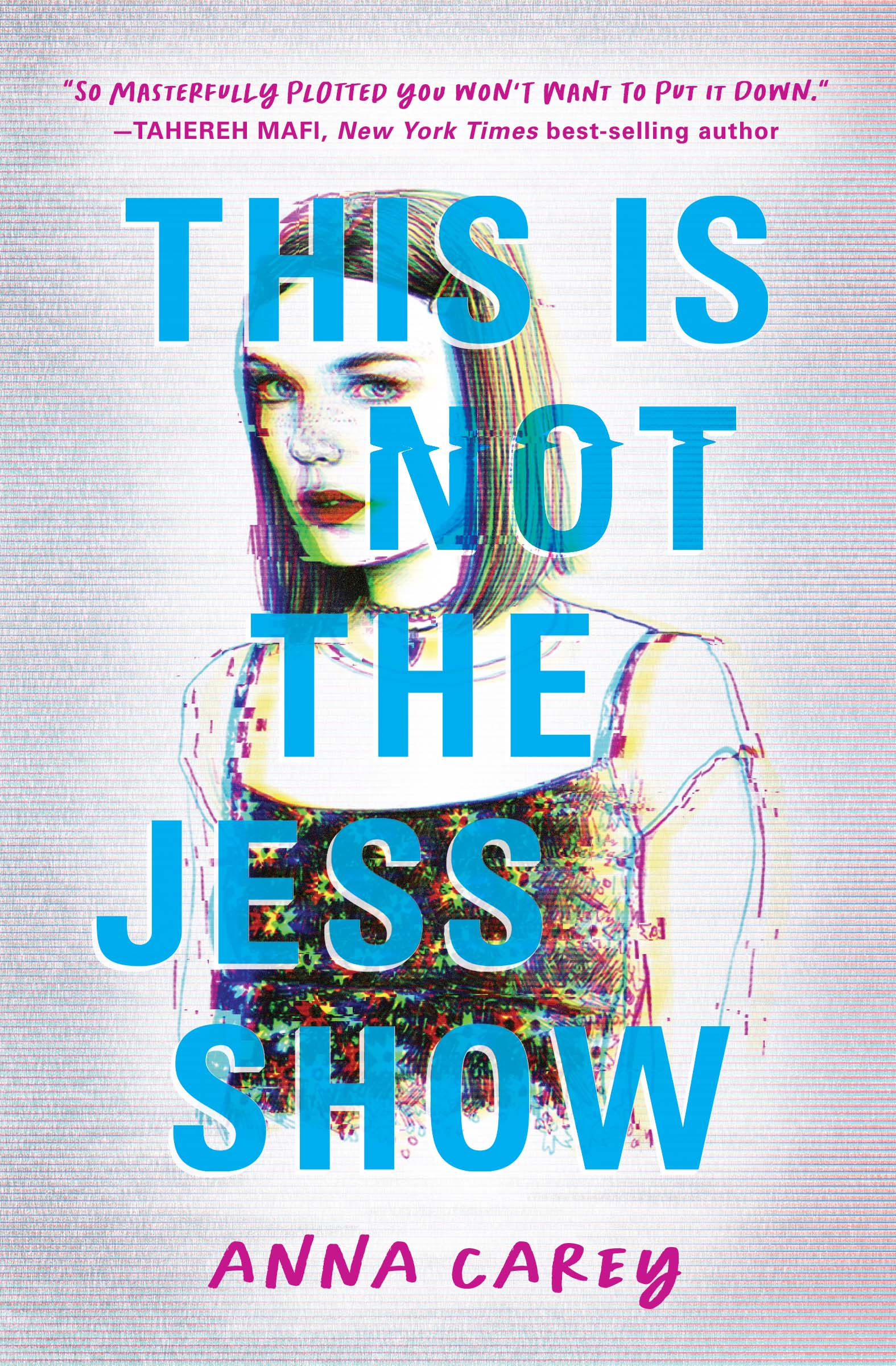 'This Is Not the Jess Show' by Anna Carey (Quirk Books)

REVIEW: ‘This Is Not the Jess Show’ by Anna Carey is a less-than-thrilling YA thriller

This could have been so much more if it delivered on some of the promises set out in its excellent opening.

90’s nostalgia and a fast-paced plot mix to make this an interesting YA take on a classic 90’s movie, which sadly doesn’t hit the highs it could have.

Black Mirror meets My So-Called Life in this fast-paced, timely YA thriller about separating fact from fiction — and how far we’ll go to create our own version of reality.

Like any other teenager, Jess Flynn is just trying to get through her junior year without drama…but drama seems to keep finding her. Between a new crush on her childhood best friend, overprotective parents cramping her social life, and her younger sister’s worsening health, the only constant is change — and her hometown of Swickley, which feels smaller by the day.

Swickley is getting weirder by the day, too. Half the population has been struck down by a mysterious flu. Conversations end awkwardly when Jess enters the room. And then one day, a tiny, sleek black device — with an apple logo on it — falls out of her best friend’s backpack and lands at Jess’s feet.

The premise of this book set it out to be something incredible, and the opening showcased all of the hallmarks of a special kind of book — a small town, an interesting main character, and some subtle hints that not everything is exactly as it should be. It was a shame, then, that as things progressed, particularly after the mid-point twist, that This Is Not the Jess Show really failed to live up to its promises.

There were plenty of positive notes throughout the book, though. While the second half sees an almost seismic shift in tone and pacing, the first half raises some interesting questions that I wish Carey had delved deeper into. Parallels to a certain classic 90’s film are unavoidable, and the way that Anna Carey subtly builds up to the twist at the midway point is truly wonderfully done. There are enough hints to keep the reader guessing, and when the truth comes out it feels deserved and is pulled off well.

However, it’s the pacing, especially in the second half, that really drags the novel down. Rather than spending any considerable time examining the nature of the turning point and its greater implications the plot changes to something entirely different than what was set up before it. I felt like there was so much that could have been said and explored, but rather than doing any of that we’re taken on a hundred-page chase sequence that, while occasionally having interesting moments, doesn’t really do much to live up to the psychological build-up during the first act. The jump after the twist just went in too vast a different direction, giving no time for things to breathe.

There’s been a common trend I’ve seen recently, too, with books opting to end before the cliff-hanger, which I was disappointed to find in this book, too. At just under 300 pages, I was wondering how anything could possibly be wrapped up in time. And the answer to that, seemingly, was to just not wrap anything up. Not for the first time in the last few months I’ve read the end of a chapter and turned to carry on with the story only to discover that it’s over. With a sequel only a few months away I understand that things will continue and characters who vanished early on will, hopefully, come back into play to conclude their arcs, but the ending of This Is Not the Jess Show really felt unnecessarily blunt, as if the author had written more but a decision was made to end it early.

The character development also felt severely lacking. Again, the central twist and premise could have given so much time to really explore these characters. They all begin in a place that sets so much groundwork for some really interesting developments. Sadly, none of them really go anywhere. Even Jess, the main character who learns a shocking and life-altering truth, just kind of…. goes along with things. After the turning point she blindly trusts someone who she discovers has been lying to her for her entire life, and only a few pages before hated, and gets on with her life as if nothing has changed.

We get hints of development between the secondary characters, but given we are so limited to Jess’ perspective means we don’t get a chance to see most of those characters or learn any of their motivations other than what other characters say.

But, for what its worth, I can’t deny that This Is Not the Jess Show can be read as a fun sub-300 page YA thriller if you don’t go into it looking to get too much out of it. It won’t take anyone very long to get through, and despite a fizzling-out ending, the questions raised in the first half should be enough to entertain on a base level.

Plot: Overall enjoyable, but with two halves which feel like they’re from entirely different books.

Writing: Good for the most part, building tension through the first half leading to a good payoff, and engaging enough through the second half despite plot issues.

Theme and Message: A let-down given how much could have been explored.