Ember in the Ashes Book 3 gets title, covers redesigned 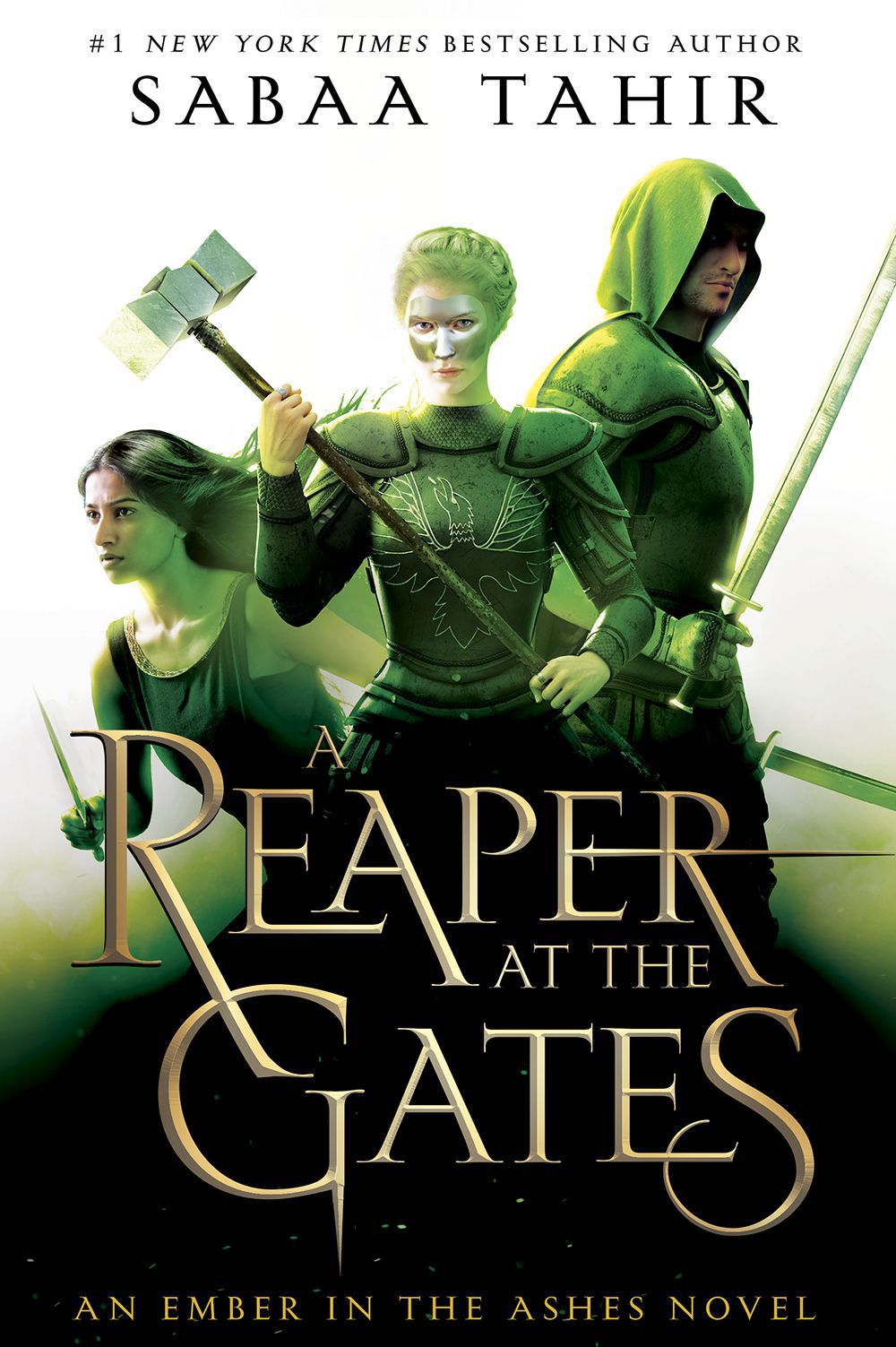 Take a look at the title, cover, and release date for the next book in Sabaa Tahir’s series ‘An Ember In The Ashes’

After months and months of speculation and silence, we finally have some news about the third book in An Ember in the Ashes series.  Mashable released the title, cover, and release date of Sabaa Tahir’s next book.  The next book will be called A Reaper at the Gates, which is set to hit bookstores June 2018.

If you’ve been following the news, you know by now that all the books are getting redesigns with new paperback covers.  They will be released on August 29.

Take a look at them! How cool do they look?

Without further ado here’s the cover for A Reaper at the Gates!!!

To get you more excited about  the book, here’s the blurb:

Beyond the Empire and within it, the threat of war looms ever larger.

The Blood Shrike, Helene Aquilla, is assailed on all sides. Emperor Marcus, haunted by his past, grows increasingly unstable, while the Commandant capitalizes on his madness to bolster her own power. As Helene searches for a way to hold back the approaching darkness, her sister’s life and the lives of all those in the Empire hang in the balance.

Far to the east, Laia of Serra knows the fate of the world lies not in the machinations of the Martial court, but in stopping the Nightbringer. But while hunting for a way to bring him down, Laia faces unexpected threats from those she hoped would aid her, and is drawn into a battle she never thought she’d have to fight.

And in the land between the living and the dead, Elias Veturius has given up his freedom to serve as Soul Catcher. But in doing so, he has vowed himself to an ancient power that will stop at nothing to ensure Elias’s devotion—even at the cost of his humanity.

Tahir tweeted her thoughts in regards to the cover’s redesign:

For the beautiful brown kids who deserve to see themselves on books:You’re heroes too. And these covers are for you: https://t.co/u0KOXr8uZJ

She also gave a short interview to Mashable, to read it click here.

How do you feel about all the information? I’m loving the new covers and the meaning behind them.

Sound off in the comments below.

To refresh your memory, read our reviews for the previous books: