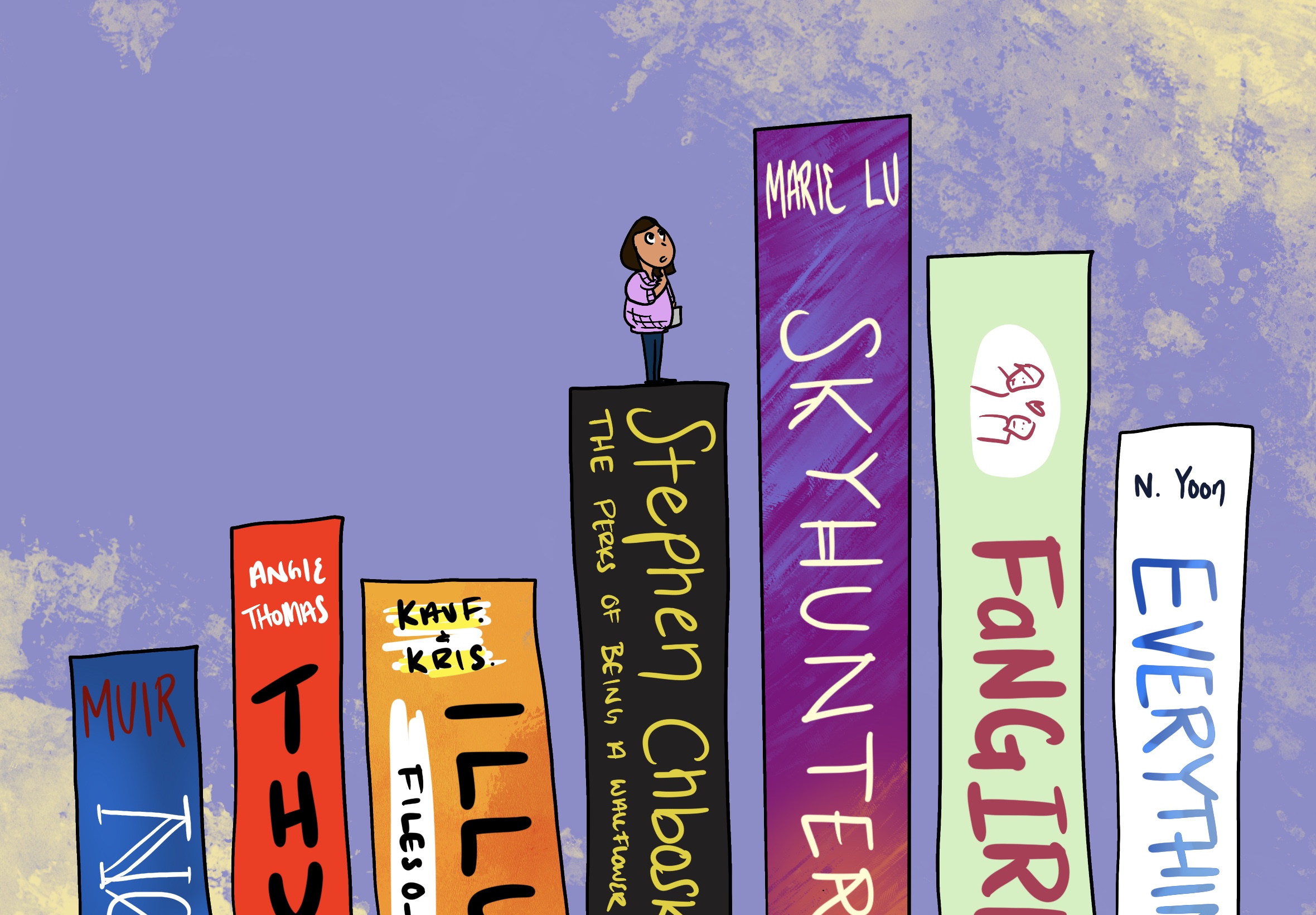 If you’re a book blogger, your follower count is important. But not as important as you think.

This article is part of a series of articles on blogging. Click here to access Bookstacked’s guide to book blogging. »

When you reach out to publishers and authors to request opportunities for interviews, to receive ARCs, or to ask for exclusive content reveals, you’ll be asked about your numbers. They say follower counts and engagement are the primary metric publishers are interested in these days. In Bookstacked’s experience, we had a decent following on social media, but our website’s readership was our strength. For us, that meant page views were our golden metric.

Numbers can be an icky topic when discussing creative projects. Unfortunately, if you want to grow your blog’s impact, it’s important to keep your finger on at least some of your metrics. But I’ll tell you a secret: success isn’t always found in the numbers.

I mentioned in an earlier blog post that there used to be a lot of independent news sites like Bookstacked. Some of these websites were very aspirational for me; they were the types of websites I wanted to build and run. Because of this, it was easy for me to play the game of me versus them.

I think there’s some use in watching your competition. There’s a lot to learn from them. But you shouldn’t be obsessive about it. You certainly shouldn’t become angry or even jealous if you feel like you’re lagging behind. Nothing good will come from that.

Instead, look for success outside the numbers.

We launched our podcast, Bookmarked: A YA Book Podcast, in 2015. There were very few YA-related podcasts at the time, so we were well positioned. If someone searched for YA in a directory like Apple Podcast’s, we tended to be at the top of the results. That changed a bit over the years. As the demand for podcasting boomed, more YA podcasts entered the space. Larger websites swooped in and launched their own podcasts. Smaller creators entered the space and rocked it too. Bookmarked was one of the top podcasts, but others surpassed it.

If the podcast were a numbers game, I would have been devastated. Thankfully it wasn’t.

I call the podcast a success, not because of the number of listens we had, or even for the doors it opened for us in terms of author interviews. It was a success because it’s where I made friends.

Bookmarked was a panel-format podcast. Multiple Bookstacked writers would hop on to discuss a single topic for an hour or less. When I started building the Bookstacked Team in 2014, we were internet strangers. Our communication was limited to emails and direct messages on Twitter and Slack. When we started recording the podcast together, the dynamic completely changed.

I don’t need to tell you how seeing a face and hearing a voice across a call is so much more personable than typing a message in Slack. (We all experienced the pandemic, didn’t we?)

Meeting the Bookstacked Team over Google Hangouts and Skype let me actually get to know them. I’ve met a handful of the team members in real life. When we finally met in person, it didn’t feel like I was meeting a stranger. I knew who these people were. They were my friends. We were simply catching up and hanging out.

The podcast, like this website, is ending in a couple of weeks. That’s prompted me to spend a lot of time looking back on the last nine years (hence this series about book blogging). As I think on the podcast, the numbers are the last. thing. on. my. mind. I care much more about the people I took this journey with. The challenges, the laughs, the memories.

If the numbers had been the primary driver of the podcast, then I would have been devastated every time a new podcast surpassed us in the charts. Fortunately, the podcast’s success was found in the fact that it helped create a more unified team. We became our own little book club. It made no difference that we were separated by oceans and continents — we were united by our love for books and each other. That’s an amazing thing.

Standing here at the end, I can tell you that the numbers don’t matter as much as you think they do. Sure, keep tabs on them. Your metrics are going to help you set and achieve goals — there’s value in that. But don’t drown yourself in them. There are plenty of successes outside of follower and page view counts.

The heart of your project isn’t in the numbers.

📚 Want to learn more about blogging? Check out the other installments in Bookstacked’s Guide to Book Blogging: