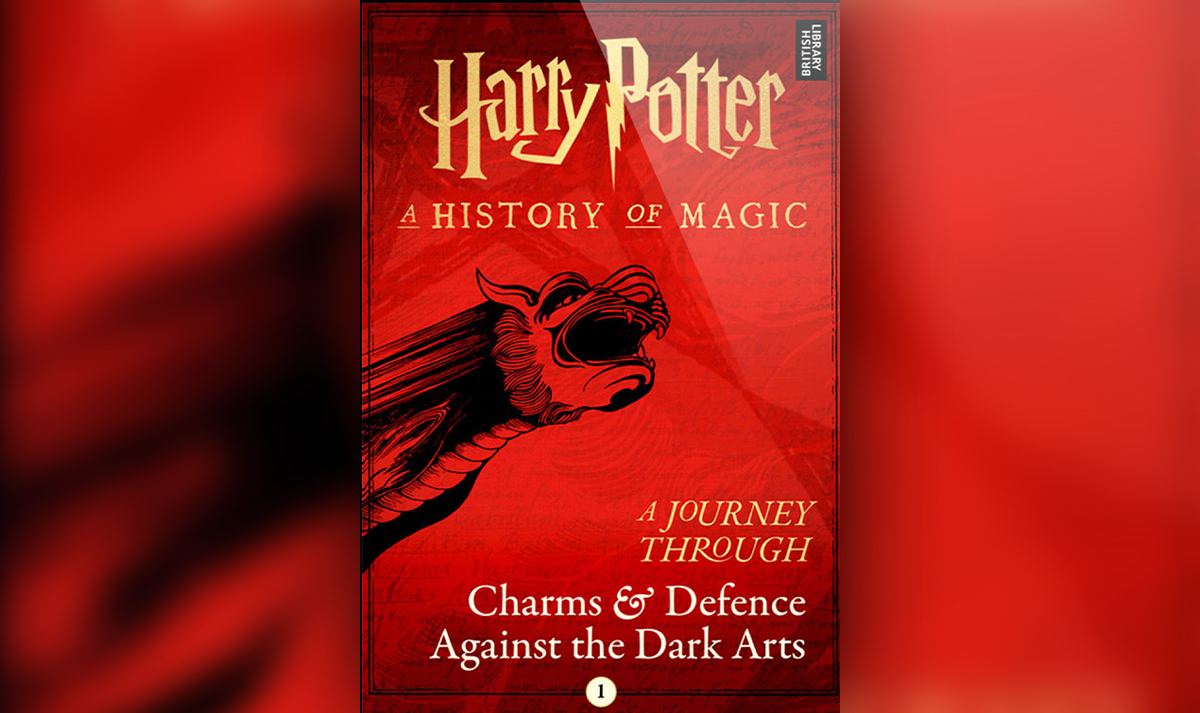 Cover art from Pottermore's upcoming eBook, 'Harry Potter: A Journey Through Charms and Defence Against the Dark Arts.' (Pottermore Publishing)

The books will explore the real-life history and inspiration of Wizarding World magic and lore.

Pottermore Publishing announced a new collection of non-fiction eBooks on Friday that will delve behind-the-scenes of the Wizarding World’s lore from J.K. Rowling’s Harry Potter books and Fantastic Beasts films.

The collection — titled Harry Potter: A Journey Through… — will be composed of four booklets inspired by the 2017 Harry Potter exhibition, ‘Harry Potter: A History of Magic’ as well as the audiobook of the same name narrated by Hunger Games and Game of Thrones actress Natalie Dormer.

Check out the statement from Pottermore:

The series features four bitesize reads, each themed by Hogwarts lessons, and will take you back in time once again to learn about the traditional folklore and magic at the heart of the Harry Potter stories, accompanied by some new, gorgeous line drawings from London-based artist Rohan Daniel Eason. You may remember ‘Harry Potter – A History of Magic’ and the family edition, ‘Harry Potter – A Journey Through A History of Magic,’ which came out back in 2017. This was followed by the audiobook last year, which featured expanded interviews with the exhibition curators, narrated by Natalie Dormer. These eBook shorts are adapted from the audiobook and are a chance to absorb the colourful characters and curious incidents of the real history of magic in a more compact form – perfect for the train or whatever Muggle transport you prefer.

The books are expected to drop in the coming months with the first, A Journey Through Charms and Defence Against the Dark Arts, releasing June 27.

Here are the titles of all four books:

And you can check out the books’ cover art too:

‘Harry Potter — A History of Magic,’ the exhibition the books are based on, explored the real-world mythology behind Rowling’s Wizarding World. It was curated by the British Library exhibition and made stops at the Google Arts & Culture exhibition as well as the New-York Historical Society exhibition, where it was open to the public until this past January.

Check out a video of Rowling talking about the history of the spell Avada Kedavra, which was explored at the exhibit:

Pottermore announced that it would transfer its interactive content to WizardingWorld.com earlier this month. It continues to exist as a publishing arm for the Wizarding World.

Do you plan to download the eBooks when they come out?