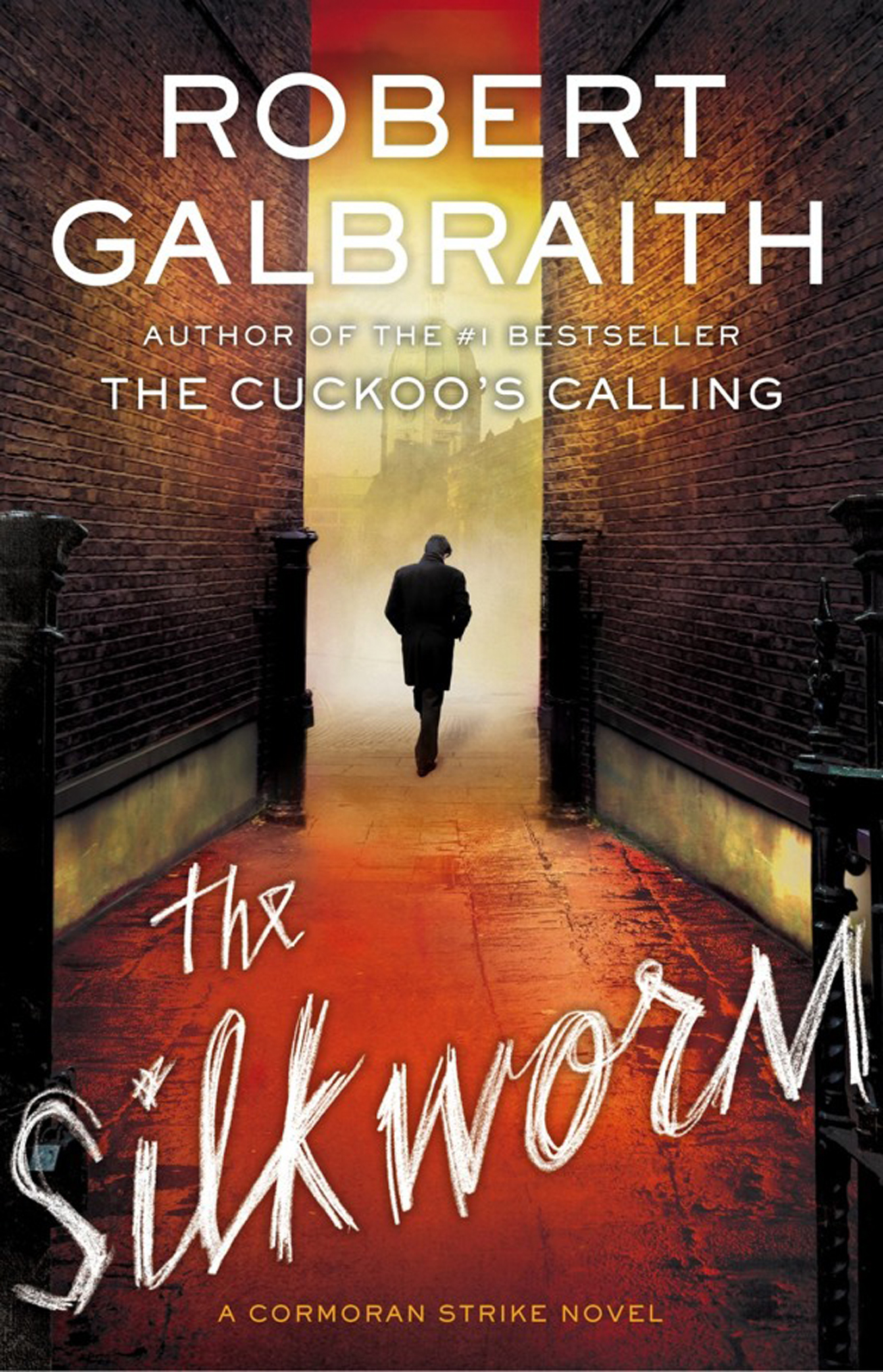 An all-around better novel than its predecessor.

Cormoran Strike is back, and there’s a lot of reason to be happy about it.

When novelist Owen Quine goes missing, his wife calls in private detective Cormoran Strike. At first, Mrs. Quine just thinks her husband has gone off by himself for a few days—as he has done before—and she wants Strike to find him and bring him home.

But as Strike investigates, it becomes clear that there is more to Quine’s disappearance than his wife realizes. The novelist has just completed a manuscript featuring poisonous pen-portraits of almost everyone he knows. If the novel were to be published, it would ruin lives—meaning that there are a lot of people who might want him silenced.

When Quine is found brutally murdered under bizarre circumstances, it becomes a race against time to understand the motivation of a ruthless killer, a killer unlike any Strike has encountered before…

Before I go any further, let’s get the obvious out of the way.  Robert Galbraith = J.K. Rowling.  This is her second book in the Cormoran Stirke series, and I think I ought to make something clear: If you’re expecting me to go all out and compare Galbraith’s work to Rowling’s, you best look for a different review.  No, I’m going to be comparing Silkworm to Cuckoo’s Calling.

We first meet Cormoran Strike in Cuckoo’s Calling, which, in my opinion, is a pretty good book.  Note the ‘pretty.’  While I generally liked Cuckoo’s Calling, it’s not without its issues.  The biggest one that comes to mind is the repetitiveness of the plot.  Strike spends a considerable amount of time interviewing suspect after suspect, so much that after a point they all blur into one person.  It starts off exciting and gets dull fairly quickly.  In my opinion, the thing that saves Cuckoo is the surprise ending.  Reading the book is worth it just for the ending. Unfortunately, however, that doesn’t make it great.

Enter The Silkworm. This book takes all those bad bits from the first book and shoves them out the window.  They don’t exist.

In this new novel, Strike investigates the disappearance of novelist Owen Quine, a pretentious and outright unpleasant author who’s penned what he believes to be his chef d’eouvre.  When Quine turns out dead, it becomes obvious that his disappearance had a sinister connection to his latest novel.

Silkworm sports a great collection of possible suspects.  The suspects in the first book almost come off as caricatures, whereas some of these newer ones seem much more competent, sometimes more so than Strike himself.  One thing Rowling really seemed to focus on was building up the suspects and their back stories. All in all, the attention given to these characters made for a much more engaging read.

Of course, Rowling’s greatest achievement has always been in her characters.  Suspects and villains aside, the best case of character development was in Strike’s assistant, Robin.  We meet Robin in the first novel, and I had decided back then that she was my favorite character, but she’s really fleshed out in this second installment.  Not only do we get to know her better, but she actually grows as well.  And the tidbits of her personal life (namely her fiance Matthew) add an extra layer of suspense to the book.

Oh, and there’s some action.  A lot more than the first.  You really get the sense of a cliffhanger at the end of each chapter.  This is a real page turner.

In the end, this was a great read. I found myself rushing to get it done. It’s a mjor improvement from the first and I highly recommend it to anyone who’s been hoping to try Rowling’s new stuff but hasn’t yet started.  You can even go without reading the first book and read this one.  This one’s a keeper.

NOTE: The Cuckoo’s Calling and The Silkworm are adult novels and deal with mature themes. If you’re younger in age, it might be best to get approval from your parents or guardians before reading this book.

Even better than the first

An all-around better sequel to its predecessor. Sports an engaging plot with many engaging characters.