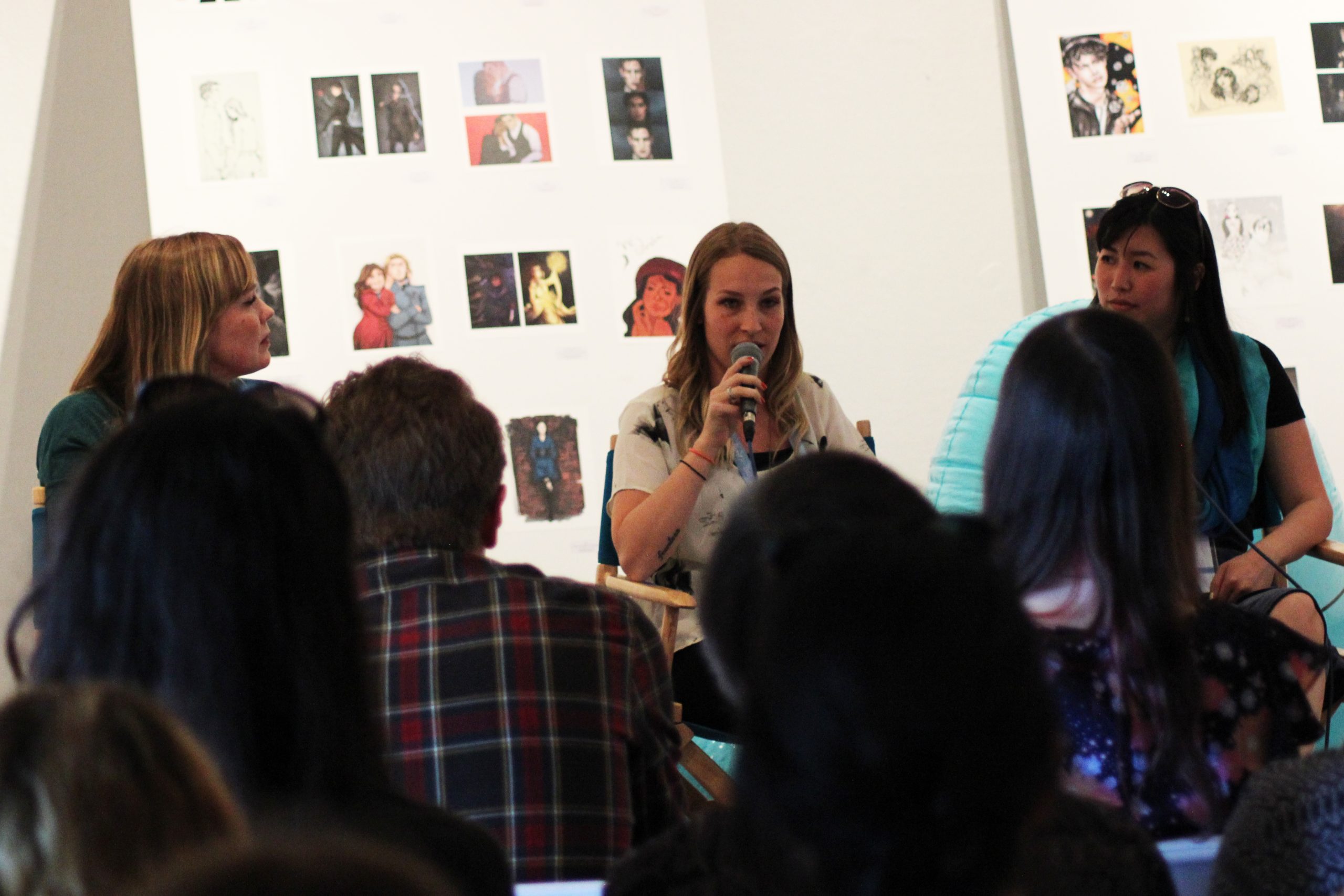 Panels, signings, and lots of freebies. Check out our weekend at YALLWEST!

Bookstacked writers Addie and Saul Marquez are reporting from Santa Monica to give you a run-down on all the events taking place. With over 100 YA authors, hundreds of readers, and a day’s worth of panels, there’s a lot to cover!

4 p.m. – 8 p.m. – YALLWEST kicked off with preview night at the Santa Monica Library. Fans lined up to meet their favorite authors for photos and book signings. Veronica Roth, Victoria Aveyard, Alexandra Bracken and James Dashner were among the favorites. The festivities also included games, trivia and a photo booth.

A fan is next in line to meet Veronica Roth.

YALLWEST attendees participate in a game of trivia outside the library.

9 a.m. – Fans arrived at Santa Monica High School and began lining up for wristbands, author signings, and many free giveaways.

Fans get a hold of Advanced Readers Copies, some of the most coveted freebies at YALLWEST. (Saul Marquez, Bookstacked)

Attendees wait in line to enter a panel in Barnum Hall.

Marie Lu signs copies of her novel The Young Elites.

There were many interesting panels for fans to choose from, ranging from topics of YA romance to writing YA books.

Related: Read about the panel Addie attended, I Ship It: Fandoms!

James Dashner and Leigh Bardugo together at a panel with fans.

Veronica Roth moderates a panel on dystopia and YA.

5 p.m. – We attend the evening keynote, The Persisters. Victoria Aveyard, Alexandra Bracken, and Danielle Paige talk about feminism, the importance of great female characters in media, and their experiences writing women in YA.

Related: Read about The Persisters panel in detail!

6 p.m. – The night ends with Smackdown, a hilarious show hosted by Veronica Roth and Alex London. Authors share their terrible early writing and play games like Never Have I Ever and Taboo.

Related: Read about the Smackdown in detail!