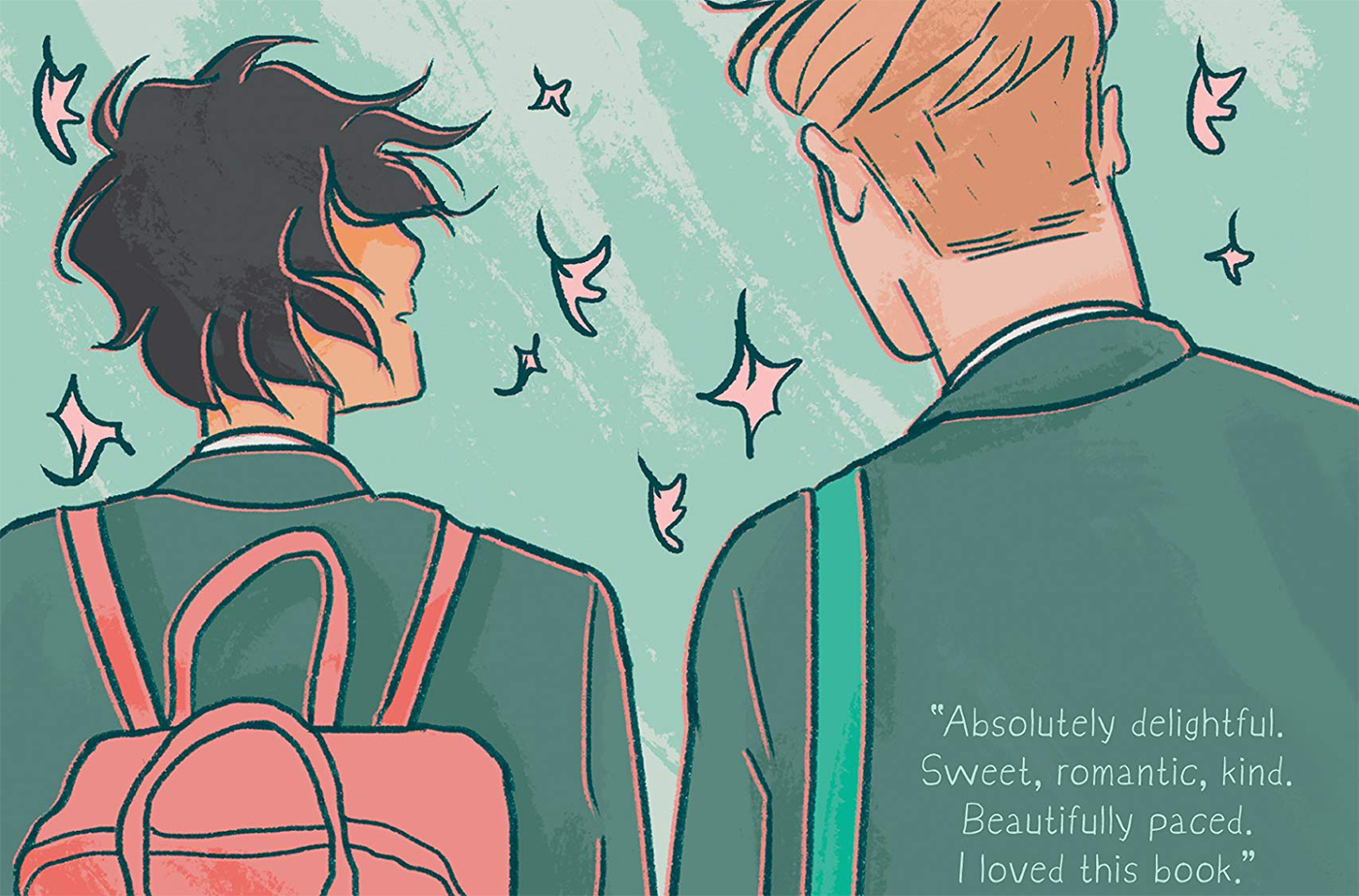 From the cover of ‘Heartstopper: Volume One’ by Alice Oseman (Graphix)

Oseman will adapt the series herself.

Deadline is reporting that Netflix greenlit a ‘Heartstopper’ television series — an eight-episode order that will be directed by Euros Lyn, who previously worked on ‘Doctor Who’ and ‘Sherlock.’ The show will be live-action.

“I feel incredibly lucky to get to work with a team of passionate, creative people who all adore Heartstopper and want to make it the most beautiful show we can,” Oseman said in a statement to Deadline.

Oseman, a UK-based illustrator and author, began the ‘Heartstopper’ comic series as a serialized webcomic in 2016 (she continues to publish the comic on her website). The comics were then published as graphic novels by Hachette Children’s Group in 2018. Thus far there are three volumes, with ‘Heartstopper’ 4, expected to hit shelves this May.

The comics follow the story of Nick and Charlie, two British teenagers who meet at Truham Grammar School for Boys. The two quickly become friends before falling in love.

Oseman is adapting and writing the episodes herself, according to Alexi Wheeler, who oversees kids and family content at Netflix.

“When we started to develop the project we collectively decided that Alice had such a clear vision that it would make sense for her to adapt and write the episodes herself,” Wheeler told Deadline.

Fans were immediately supportive online and congratulated Oseman on the development.

“I’M SO HAPPY AAAAA thank you so much everyone!!” Oseman tweeted. “I can’t wait to tell you more as we make this thing HAPPEN! I’ve been working on adapting Heartstopper with See-Saw for a couple of years now, and I’ve been working on the scripts for over a year! SO GLAD I CAN FINALLY TALK ABOUT IT.”

Oseman expressed excitement at revisiting Nick and Charlie’s story to Deadline as well.

“It’s a joy and an honour to get to re-tell Nick and Charlie’s story for TV and I am so excited to share it not only with Heartstopper’s existing readership, but also a whole new audience around the world,” she said.

No word yet on a release date for the ‘Heartstopper’ TV show.