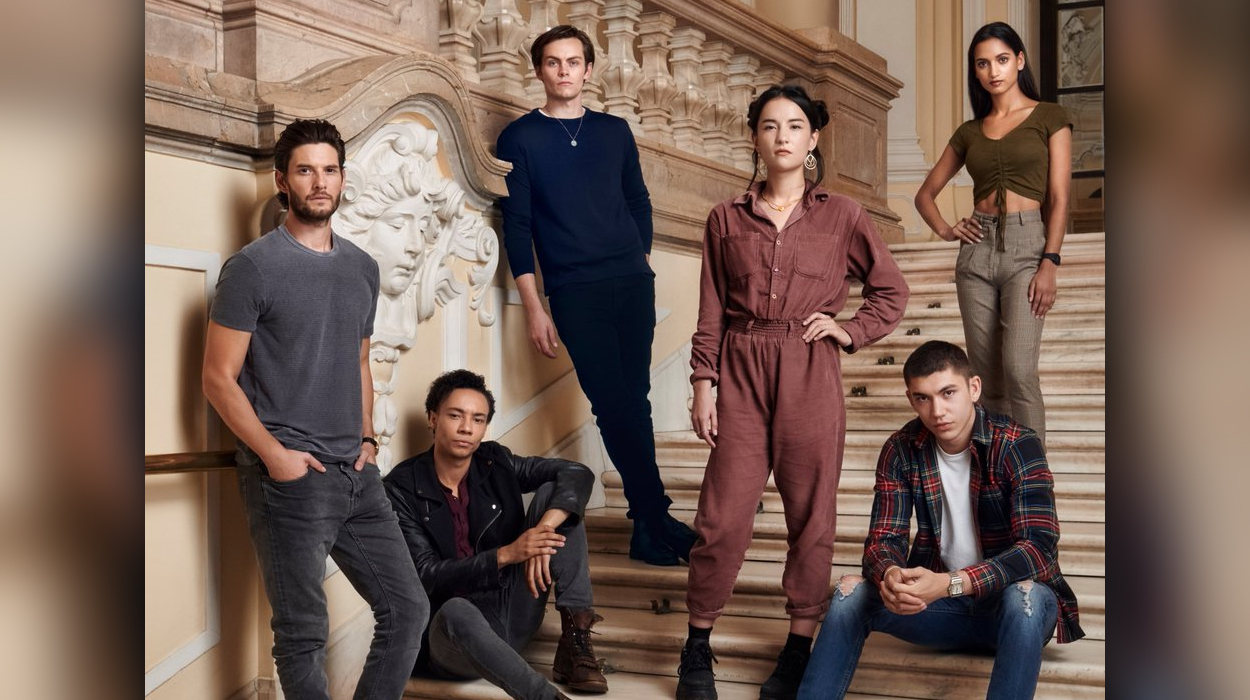 The 'Shadow and Bone' cast from Netflix's adaptation of Leigh Bardugo's books. (Netflix)

Netflix’s Grishaverse is coming together.

We finally have a name to tie to Alina Starkov — as well as the rest of the Shadow and Bone cast!

Leigh Bardugo took to Twitter Wednesday morning to unveil the cast of Netflix’s upcoming ‘Shadow and Bone’ and ‘Six of Crows’ adaptation, based on Bardugo’s bestselling fantasy novels.

A Guide to the Grishaverse: Looking for a refresher on the Grishaverse? Our guide dives into the world’s lore and characters, while also featuring quick info about the show. Click here to check it out.

“I am so thrilled to begin this adventure with this incredible cast,” Bardugo wrote in her tweet, which included a photo featuring the show’s six primary cast members.

So who’s been cast?

Most notable may be Ben Barnes who’s most recently starred in HBO’s ‘Westworld’ and Netflix’s ‘The Punisher.’ YA fans will probably know him as Prince Caspian from Disney’s Narnia film series. Barnes has been tapped to play General Kirigan, according to Deadline.

Jessie Mei Li, who will star in Edgar Wright’s upcoming ‘Last Night in Soho’ will take on the role of Alina Starkov, the protagonist of Bardugo’s Shadow and Bone books.

The following actors have also been cast:

Actors Sujaya Dasgupta (‘Guilt’), Danielle Galligan (‘Game of Thrones’), Daisy Head (‘Guilt’) and Simon Sears (‘Winter Brothers’) have also been cast, according to Deadline. There’s been no report yet on who they’re portraying.

“I was so wary going into this process because these characters have lived in my head for so long,” Bardugo told Deadline. “Turns out I had nothing to fear. Watching these actors begin to inhabit these roles has been pure magic.”

Of course, this is just a handful of those who will be joining the series. Bardugo promised more cast revelations are on the horizon in a tweet Wednesday morning.

“I know you guys were hoping to see the full cast — this is just round one,” she explained. “More to come when we’re free to reveal it. Please be patient. And just to ease your pain: Nikolai is not in Season 1. Now let’s go celebrate because this magic is really happening.”

I know you guys were hoping to see the full cast—this is just round one. More to come when we’re free to reveal it. Please be patient. And just to ease your pain: Nikolai is not in Season 1. Now let’s go celebrate because this magic is really happening ✨🥂🖤

‘Bird Box’ writer Eric Heisserer is leading the project. Netflix has yet to announce a release date.