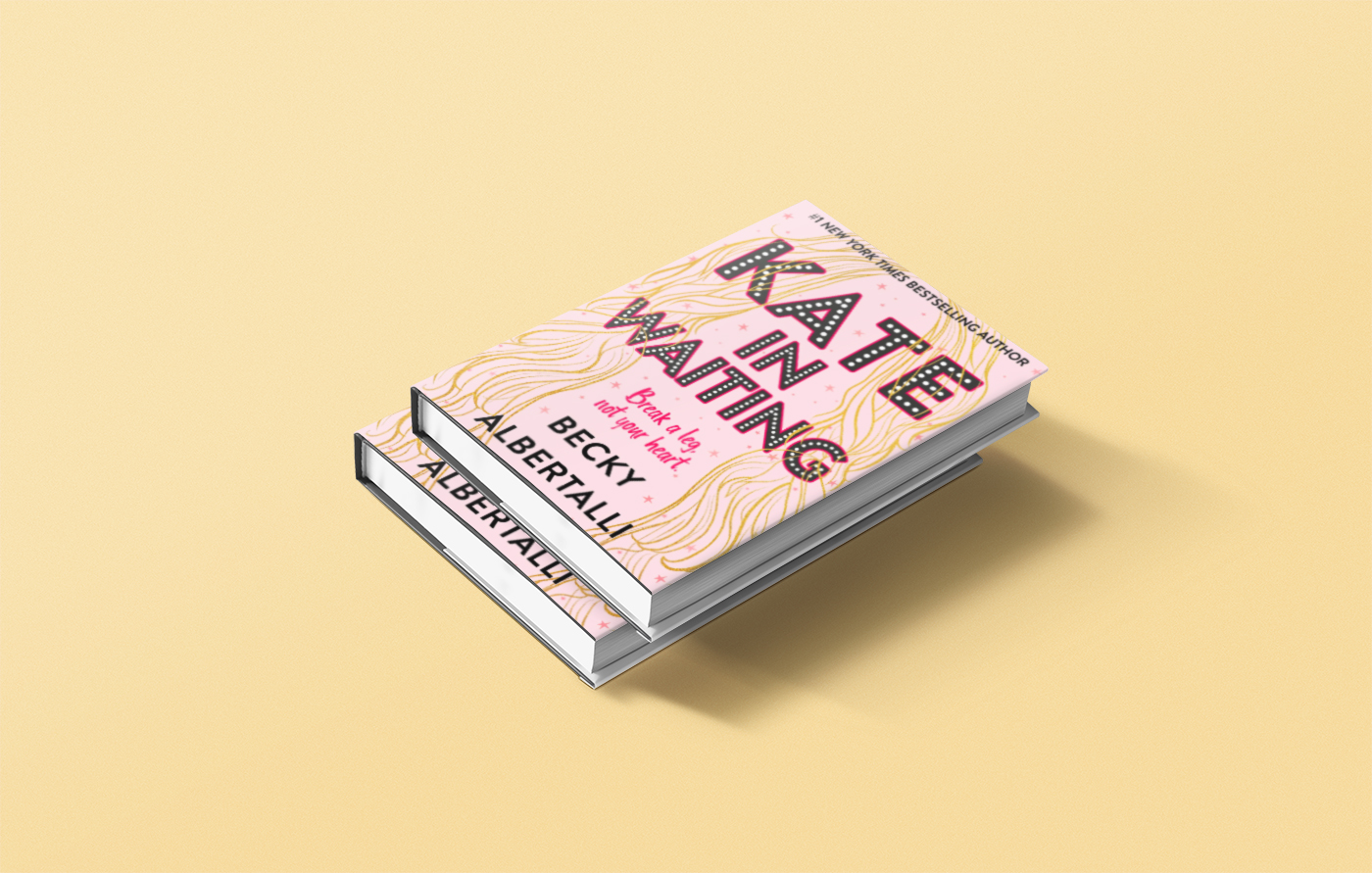 Composite of ‘Kate in Waiting' by Becky Albertalli (Balzer + Bray)

Here’s everything you need to know about Becky Albertalli’s latest solo book.

Becky Albertalli’s latest novel, Kate in Waiting, is much more than just a book about theater kids.

Kate and her longtime best friend Anderson find joy in sharing their crushes. They giggle, they squeal, they gush and it’s always been more fun to have a communal crush. Usually, they crush only at a distance, with no real expectations of ever actually hooking up. This is a system that works for them up until the moment their summer camp crush, “Coke-Ad” Matt, moves to their hometown, shows up at their school and joins the theatre club. Suddenly, serious feelings seem unavoidable and emotions begin to tangle, inserting a competitive element to their friendship for the first time.

But that’s not the only drama going on. Inspired by Albertalli’s own youthful experiences, this book is also about Kate finding her moment in the spotlight, literally. Kate lands a big role in the school musical and has to balance her growing feelings while acting alongside Anderson and Matt.

It’s a new addition to the incredible landscape of books we’ve enjoyed from Becky Albertalli.

All in all, we’ve been given so much. Starting with her smash-hit-debut Simon vs. the Homo Sapiens Agenda, Albertalli has been crafting loveable teen dramas for nearly a decade. She has created a whole YA universe (that occasionally crosses over into other popular YA series) and has collaborated with other YA favorites like Adam Silvera and Aisha Saeed. Her books have been successfully adapted to film (Love, Simon) and television (Love, Victor) with more on the way!

Becky has also been a champion of queer representation and a big supporter of queer authors and youth.

Not to mention the fact that she’s a maestro of writing teen relationships. Her books, featuring characters of diverse sexualities, dive deep into the dynamics of all different types of relationships — romantic, familial, friendships, etc. Throughout all of her projects, Albertalli delivers a consistent message — love yourself and love the people around you! She has a way of guiding her protagonists into the spotlight and into readers’ hearts.

Her new book, Kate in Waiting, is different than anything she’s written before. Although it follows some familiar patterns from Albertalli’s previous books — close friends, cute crushes and theatre drama — it has a very different energy behind it.

In a letter to readers in the opening pages of the book, Albertalli explains her own personal history as a theatre kid or, as she calls it, her “great unrequited love story” with acting. She shares the true story of how, after years of waiting on the sidelines, she finally landed the lead role in the winter play her senior year of high school. This personal moment from her own life became the starting point for Kate in Waiting. For this reason, it might be said this is Albertalli’s most personal story yet.

“I can never seem to make myself disappear. I don’t have the imagination for it. All I can do is unmask my own heart — and with every single book, I open the curtains a little wider,” says Albertalli in her letter.

But that’s part of the magic of Kate in Waiting — and all of Becky Albertalli’s books. The curtains open and the spotlight shines on the true nature of her characters in each story — whether it be Simon, Victor or Kate. These books never fail to inspire, to encourage us to be our true selves, to embrace the “unmask[ing]” of our hearts.

Kate in Waiting is now available for purchase.