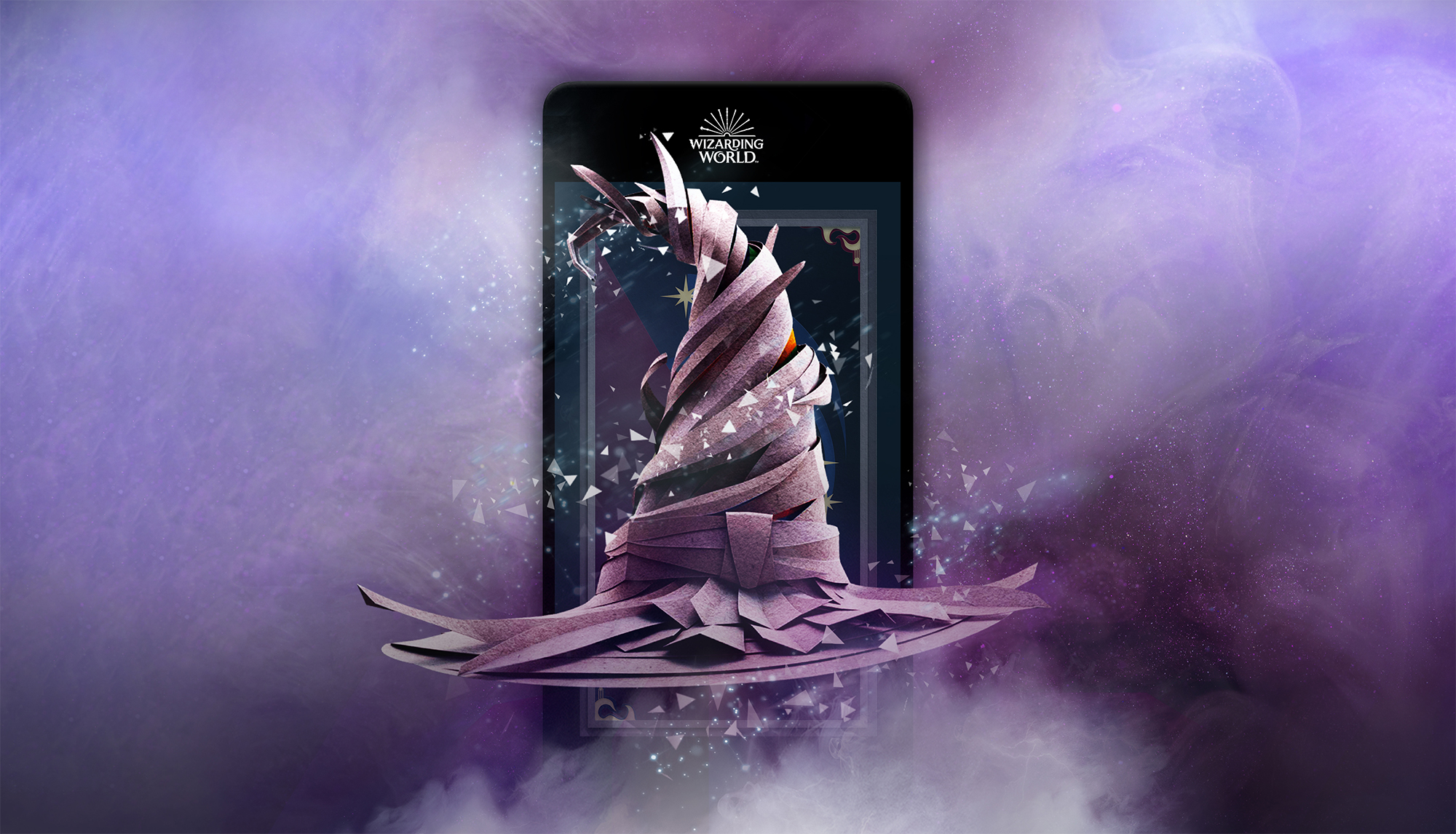 Others among us were perfectly fine with their results.

Pottermore is gone but Wizarding World has taken its place. And with the new digital experience comes a brand new Sorting Hat quiz.

The official Sorting Ceremony has seen several tweaks since it first debuted online in 2011. This time, it’s returned via the Wizarding World app and is filled with neat augmented reality features. Users can wear the hat on their head by making use of their smartphone cameras. The Sorting Hat quiz can also be taken as many times as wanted, in case someone isn’t happy with their house results.

That said, the Bookstacked writers took some time to try out the new Sorting Hat quiz this week to see if it granted us new houses or verified its previous sortings. The results were … mixed. While some were at peace with the new sortings, others weren’t.

Addie Alvarez: I’ve always considered myself a Gryffindor, mainly because I could relate to Hermione in many ways and saw myself in her. When Pottermore announced we could “officially” be sorted into a Hogwarts House, I was excited, even more so when I was placed in Gryffindor. It made me feel like it wasn’t just wishful thinking anymore, but “official.” However, I made a new account and took the Sorting Hat Quiz again and I was placed in Hufflepuff. That being said, I can’t say I’m disappointed to be sorted as a Hufflepuff. Hufflepuffs have lots of traits that I see in myself, as well as the traits which personify Gryffindor House. I guess it’s the best of both worlds, being a Gryffinpuff. (That is the term, right?)

Mary Dempsey: I had always identified with the Hufflepuff house even before the test came out. I had more qualities of a Hufflepuff than any of the other houses, so when Pottermore originally sorted me into Hufflepuff I was ecstatic. I was so nervous after taking the new test because I wanted to stay a Hufflepuff so badly. I can proudly say I was and still am a Hufflepuff in the Sorting Hat’s brain.

Spencer Miller: During Pottermore beta testing, I was sorted into Gryffindor. I was thrilled at the time. However, just like good ol’ Albus Dumbledore, I sometimes think we sort too soon. Over the past few years, I have been harboring a secret desire to be re-sorted into Hufflepuff house. I was really hoping this was my chance to officially join the ‘Puff Party. But alas, Gryffindor again. Maybe next time.

Saul Marquez: Since as long as I can remember, I’ve been a Gryffindor. When I finally sat down to take the quiz on Pottermore several years ago, I was dying of anxiety, worried I’d be sorted into anything but. Thankfully, I wasn’t disappointed. Fast forward to 2019: I’m disappointed. Forget the new sorting. I’m still a Gryffindor.

Britani Overman: Um, no. When I first took the quiz, shortly after Pottermore initially came out, I was a Hufflepuff. Sure. Then I grew up a bit and became a Slytherin which DEFINITELY fit me better. I’ve taken the test several times since then and I’ve always been a Slytherin. Now it’s saying I’m a Gryffindor? I look at the House Bingo they offer and I cannot check off any of the boxes. The old test, I think, understood the inner me a lot more. I could probably act like a Gryffindor if I needed to. But inside, I’m a Slytherin through and through.

Eleanor Maher: I’ve taken the Pottermore sorting quiz multiple times throughout my life, and every time I was sorted into Gryffindor. To be sorted into Slytherin after all these years came as a surprise, to say the least! I find it amusing more than anything. I’ve never thought I had any Slytherin qualities and I only relate to one of the items on the House Bingo. All in all, I think the original quiz was better (although I never thought I was a perfect fit for Gryffindor either!)

Did the Sorting Hat place you in your desired house?