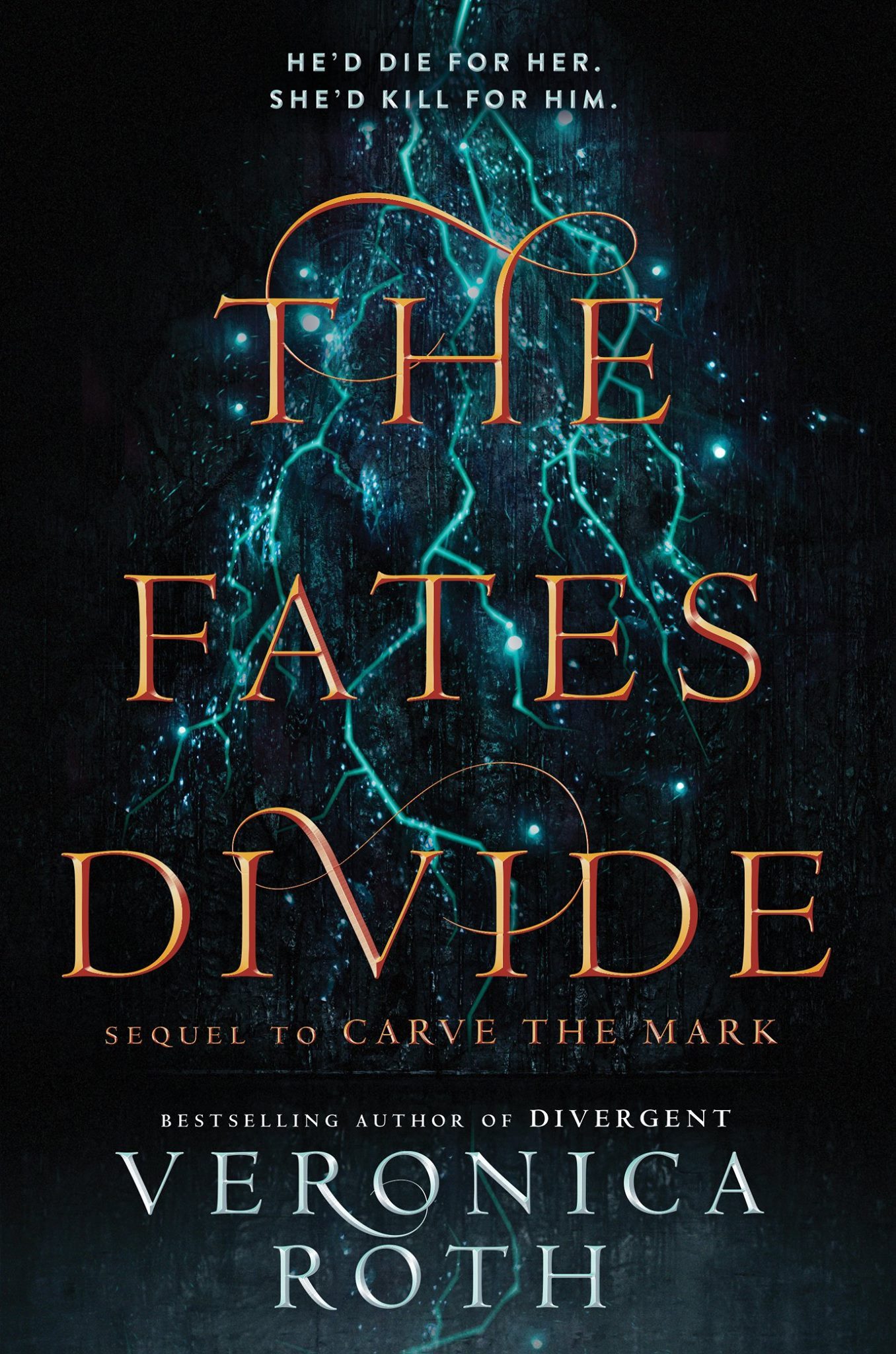 Fates brought them together. Now it will divide them. The sequel to Carve the Mark is here, find out what we think!

The lives of Cyra Noavek and Akos Kereseth are ruled by their fates, spoken by the oracles at birth. The fates, once determined, are inescapable. Akos is in love with Cyra, in spite of his fate: He will die in service to Cyra’s family. And when Cyra’s father, Lazmet Noavek – a soulless tyrant, thought to be dead – reclaims the Shotet throne, Akos believes his end is closer than ever.

As Lazmet ignites a barbaric war, Cyra and Akos are desperate to stop him at any cost. For Cyra, that could mean taking the life of the man who may – or may not—be her father. For Akos, it could mean giving his own. In a stunning twist, the two will discover how fate defines their lives in ways most unexpected.

When we last left Cyra and Akos in Carve the Mark, they were on the run, having escaped their nation-planet after having a type of coup against Cyra’s tyrant brother, Ryzek Noavek (leader of the Shotet) and rescuing Akos’s brother Eijeh, on a renegade ship. But being aboard the ship doesn’t mean they have found peace. On the contrary, more questions arise, especially after the revelation made to Cyra by Ryzek before leaving Thuvhe and the joining of Akos’s family in this journey, his mother Sifa (an Oracle), his older sister Cisi, and his older brother Eijeh, who was kidnapped by Ryzek’s soldier in the first book of the duology.

In Carve the Mark, the story is told from Cyra and Akos’s point of view, but in The Fates Divide, author Veronica Roth has provided the readers with an additional two points of view: The first being that of Cisi, Akos’s sister, whose currentgift allows her to influence the emotions or moods of those around her. The second point of view belongs to Eijeh, Akos’s brother, who was chosen by fate to be an Oracle, like his mother and through his point of view we’re able to see the effects that were left upon him as a result of being tortured by Ryzek in Carve the Mark and how or if he deals with it.

One would think that having all of the different points of view, switching from one character to another would be confusing, but it really isn’t. In fact, I actually found it to be helpful because there is a continuity which gives the reader a better understanding about the events that were happening and how each individual character was influenced or affected by these events.

Characters which played a minor role in the first book are further introduced to the story and we learn more about them. For example, Cisi, Akos’s sister whose currentgift, we learn, is a double-edged sword and we see her transform from a secondary character into a more influential one. Sifa, Oracle and mother to Cisi, Eijeh and Akos, has a more prominent part in this book and we find out what her role in the lives of Cyra and Akos truly was.

One of my favorite parts about the book isn’t a particular scene, it’s the emotions and dialogues and thoughts throughout the book. They feel real and sound, not just written for the sake of reaching a word count. As a reader, you can feel and picture the scenarios in the real world setting and they would still work, they wouldn’t sound out of place.

I don’t think I’ve mentioned it yet but Veronica Roth has done it again. In my review of the first book to this series, Carve the Mark, I mentioned that I was overwhelmed (in a good way) at the amount of detail and description in the book.  However in The Fates Divide, the description was amazing, there is no other way to explain it. The detail that Veronica Roth provides to describe the new nation-planet our characters visit is so good! That’s one of the things I love most about Veronica Roth’s writing, the descriptiveness of it all and how it makes it allows the reader to visualize the setting.

I’m still not sure what the exact or central theme of this two book series is, if there is one at all, which to be honest, makes this series all the more interesting. One could say that there are several themes throughout the books: loyalty, perseverance, sacrifice but also self-discovery in the sense that a person isn’t defined or bound by the perception of others.

The writing in The Fates Divide is rich and bold and attention-grabbing. It’s detailed and action-packed, but not overwhelmingly so. The ending of the book is something that I very much enjoyed and to avoid spoilers, I won’t say how it ends, only that the ending it completely fitting to the plot and the characters.

Overall, I have to admit that I did enjoy reading the book more than I did the first one. The pace and flow of The Fates Divide was smoother than it’s predecessor, Carve the Mark. I like that it’s different from the usual trends that seem to be popular in YA books at the moment.