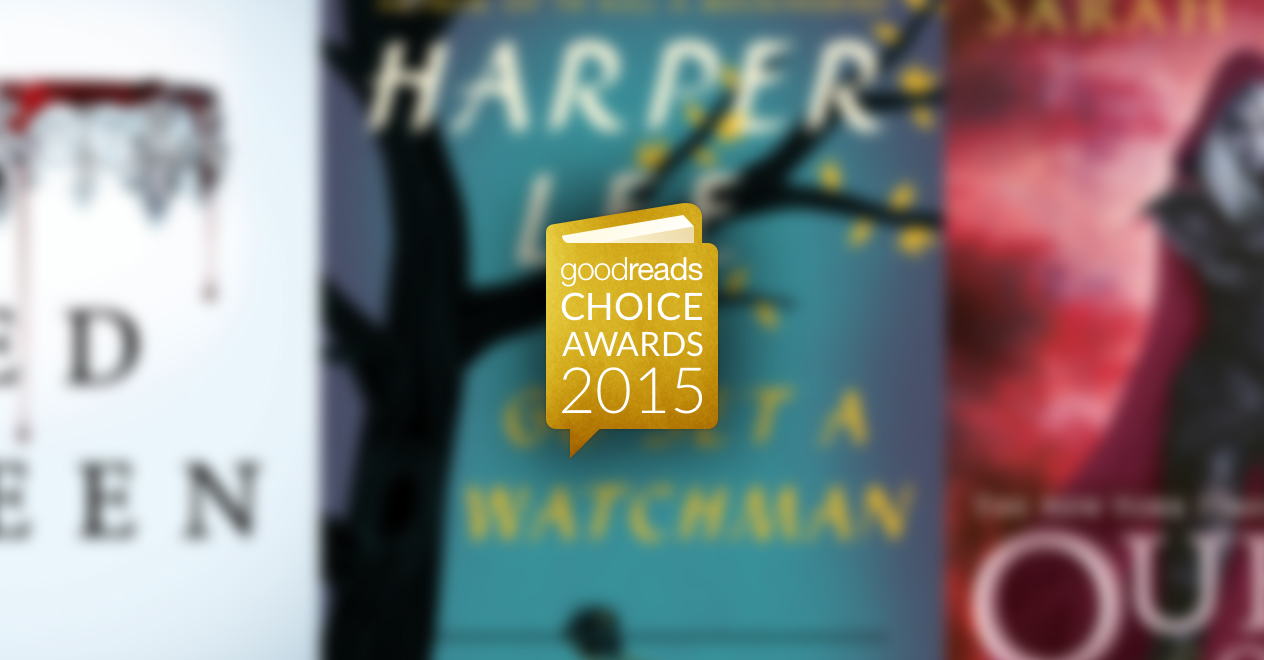 The winners have been chosen! Can you guess which YA author and book got the most votes?

After weeks of voting, the Goodreads Choice Awards have reached their end and the winners have been announced.

This year’s big winner is Harper Lee’s Go Set a Watchman which snagged the crowning prize of Best Fiction with 31,093. Watchman is the sequel to Lee’s classic To Kill a Mockingbird. It was published last July and was met with both excitement and controversy. Bookstacked writer Michael reviewed Go Set a Watchman upon the book’s release.

Big winners in the Young Adult and Children’s categories included authors Victoria Aveyard and Sarah J. Maas. Readers chose Aveyard, whose novel Red Queen was published in the Spring, as this year’s best Debut Goodreads Author. She snagged a whopping 46,698 votes, making her the most-voted author in all of the YA and Children’s categories. Maas’s Queen of Shadows was chosen as the best Young Adult Fantasy with 35,770 votes. Rick Riordan’s Magnus Chase: The Sword of Summer garnered 43,363 votes and was voted as the best Middle Grade & Children’s book of the year while All the Bright Places by Jennifer Niven went home with the title of Best Young Adult Fiction with a total of 31,978 votes.

Who got the most votes in the Goodreads Choice Awards? That would be Paula Hawkins’s The Girl on the Train which was chosen as the best Mystery & Thriller novel. The book has received massive amounts of attention in the past year and even beat out J.K. Rowling’s Career of Evil.

2015 marked Goodread’s seventh annual Goodreads Choice poll and it saw more than 3 million votes throughout the month of November. The process consisted of three rounds: the Opening Rounds, the Semifinal Rounds, and the Final Rounds. There were 300 original nominations for the awards with 20 nominees in each category.

Goodreads listed 20 books and authors as winners of the awards. We have the full list below, although you can also check it out on Goodread’s website.

ARE YOU HAPPY WITH THE WINNERS? LET US KNOW IN THE COMMENTS!