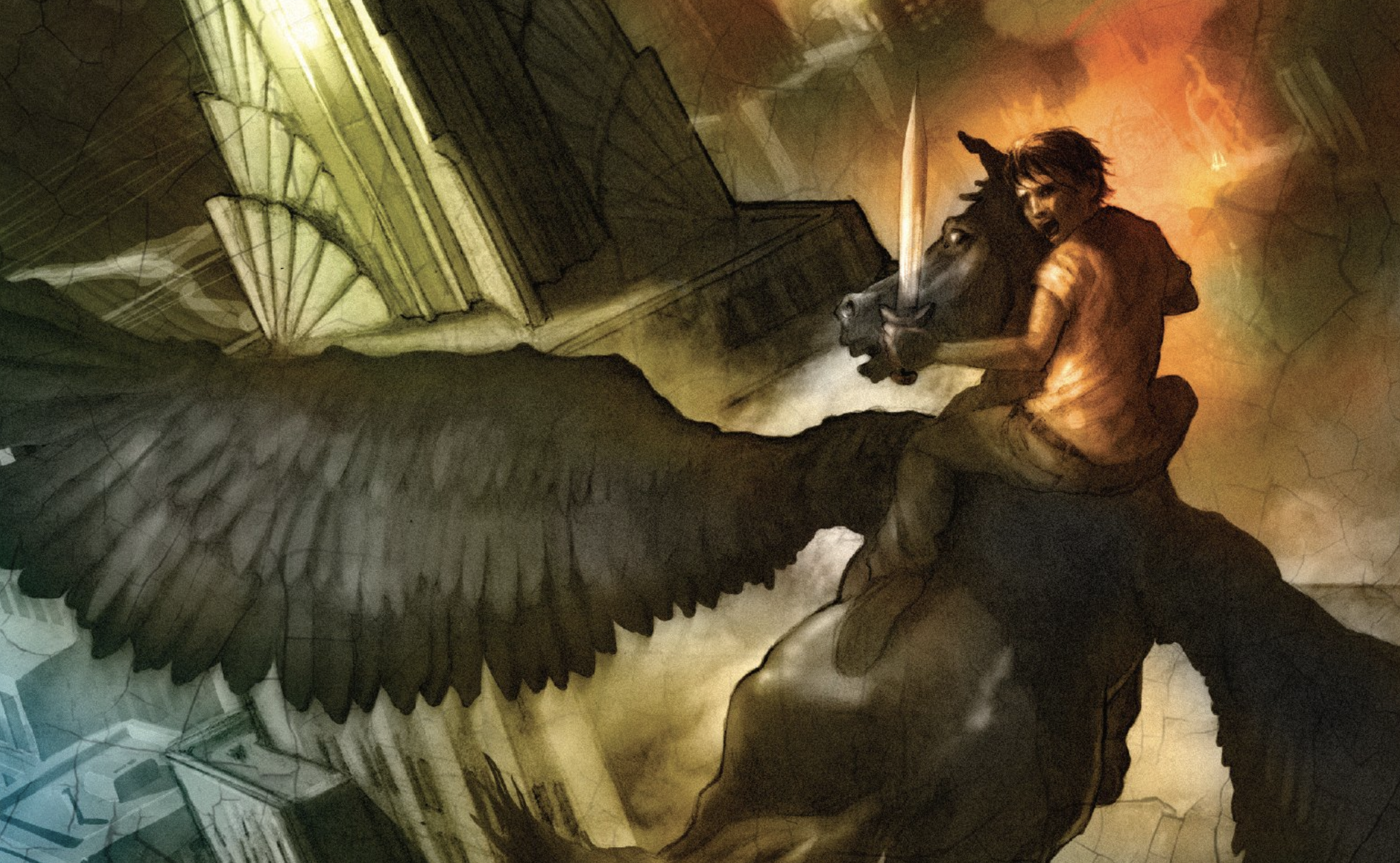 “After a lot of hard work and a lot of support from you guys, Percy Jackson is coming to Disney Plus.”

The Percy Jackson TV show is officially good to go at Disney!

Disney has greenlit the show, according to an announcement made by Percy Jackson author Rick Riordan via a short video on Twitter.

“With Rick Riordan, Jon Steinberg and Dan Shotz leading our creative team, we’re deep into creating a compelling TV series worthy of the heroic mythological characters that millions of Percy Jackson readers know are well-worth caring about,” said Ayo Davis, president of Disney Branded Television, according to Variety. “We’re eager to invite Disney Plus audiences into stories that are true to the blockbuster franchise and full of anticipation, humor, surprise and mystery.”

In May 2020, Riordan announced that Disney Plus was producing a TV show based on the books. While Riordan has been very vocal and transparent about the show’s development, Disney has been tight-lipped up until now, save for unveiling a logo during an investor call in December 2020.

Riordan has been hard at work at adapting the first novel for the screen ever since.

“After a lot of hard work and a lot of support from you guys, Percy Jackson is coming to Disney Plus,” Riordan told fans in 2020.

RELATED: Want the latest on the Percy Jackson TV show? Follow @PercyJacksonTV on Twitter to stay up to date!

Since fans generally agree that the 2010 adaptation of the same name turned out to be a disaster, as well as the follow-up 2013 movie ‘The Sea of Monsters,’ many have been begging for another chance at an onscreen adaptation of Riordan’s books. The popular consensus has been a television show would be best, but the closest until now we ever got was the musical, “The Lightning Thief: The Percy Jackson Musical” (read our review here).

The May 2020 announcement came via a video on Rick Riordan’s Twitter account after months of speculation of a possible adaptation and a personal message from Rick himself.

Mary Dempsey
I read, fangirl and sing a lot. Harry Potter is my absolute favorite.
Saul Marquez
Saul Marquez founded Bookstacked in 2014 and serves as the site's Editor-in-Chief. He primarily covers news for Bookstacked. He also co-hosts Bookmarked: A YA Book Podcast.
Related Reads • You'll enjoy these too ...