Why Stephenie Meyer’s ‘Midnight Sun’ is important to Twilight fans 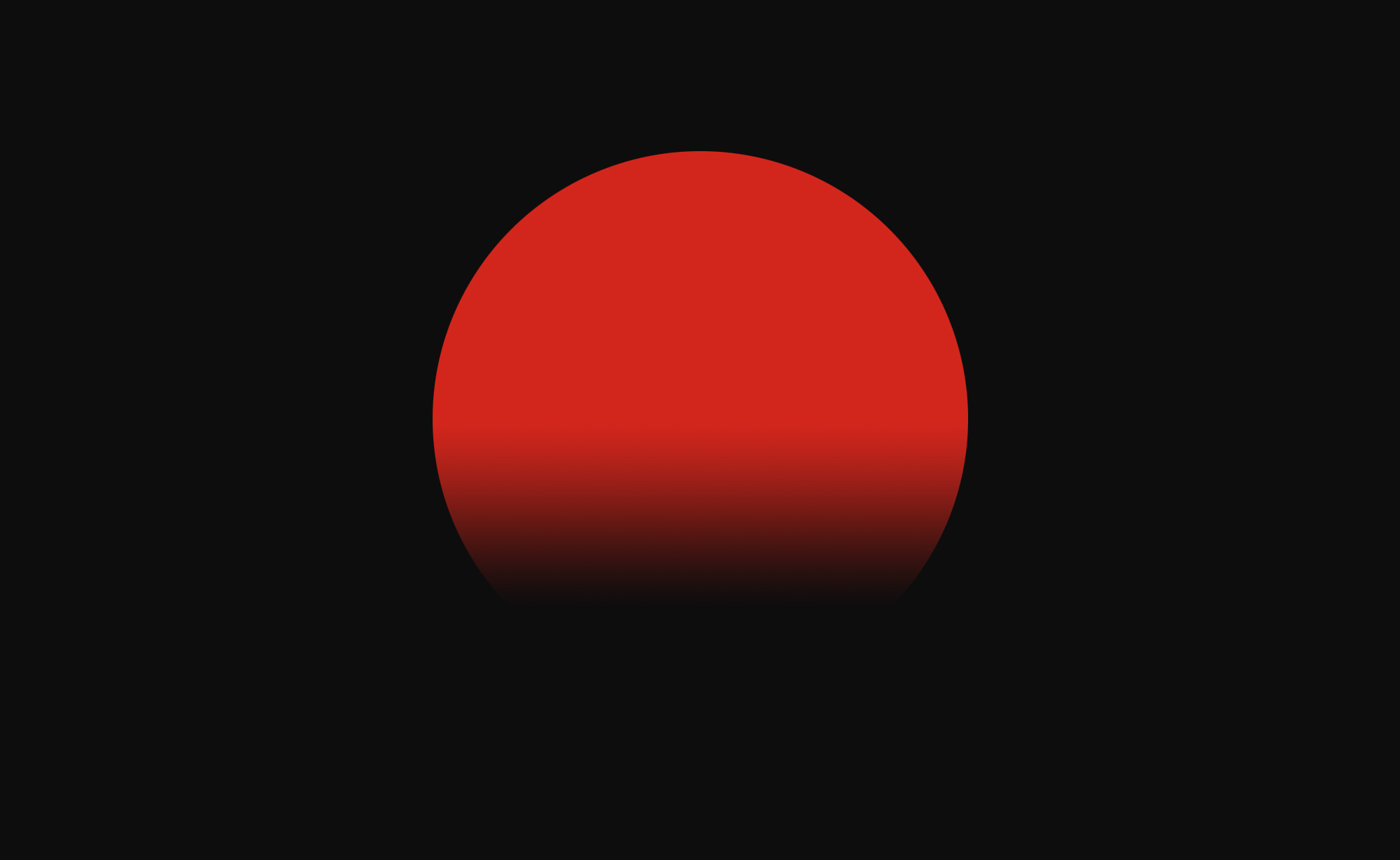 ‘Midnight Sun’ seemed like a faraway dream for many fans. Here’s the book’s road to publication.

The announcement of Stephenie Meyer’s Midnight Sun is massive.

The publishing world was already going to have a heyday with Suzanne Collins’ Hunger Games prequel, but now a new Twilight novel is being thrown into the 2020 mix as well.

So why all the fuss? Why do Twilight fans care about Midnight Sun so much?

For Twi-hards, the book’s publication is a bit of a miracle. Over the years, Meyer faced multiple setbacks as she attempted to re-write the Twilight story from Edward’s perspective. There were moments when it seemed like Meyer had scrapped plans to release the book altogether.

That appears to have changed.

Here’s a look back at the long history of Midnight Sun.

Fans first became aware of the project during the height of Twilight’s popularity in the latter half of the 2000s. During the early days, Meyer’s website was filled with behind-the-scenes nuggets about the Twilight novels. The website included her early ideas about who could be cast in the upcoming Twilight films and even information about her other book projects, including The Host and, yes, Midnight Sun.

“Midnight Sun is an exercise in character development that got wildly out of hand,” Meyer wrote at the time. “I started to wonder how the first chapter of Twilight would read if it were written from Edward’s perspective. There is so much more to his side of the story than there is to Bella’s in that first chapter.”

With the height of the Twilight craze underway, fans were immediately intrigued by Meyer’s project. The fact that she released the first unedited chapter on her website certainly added to the hype.

“When a story demands to be written, there’s no way to resist,” she wrote. “Because I just can’t wait out the years it will take to reach publication for people to begin to understand Edward, here is my original character development exercise, Edward’s version of Bella’s first day at Forks High School, the first chapter of Midnight Sun.”

Nestled beneath the download link was this note in bold: This material is copyrighted by Stephenie Meyer. Any retranscription or reproduction is illegal.

Little did fans know that this little note would be a precursor for the controversy that was to come.

While Meyer wanted to share the book with fans and went out of her way to give them a sampling, she was clearly very protective of the project.

Work on the first Twilight movie was well underway in 2008. To help develop the characters on screen, Meyer reportedly gave copies of Midnight Sun, which was still incomplete at the time, to director Catherine Hardwicke and actor Robert Pattinson. Meyer is said to have given the manuscript to others as well.

But that August, before the first film could make it to the silver screen, the manuscript had been leaked online. Meyer to this day hasn’t said who leaked the script.

“I have a good idea of how the leak happened as there were very few copies of Midnight Sun that left my possession and each was unique,” Meyer wrote on her website on Aug. 28, 2008. “Due to little changes I made to the manuscript at different times, I can tell when each left my possession and to whom it was given. The manuscript that was illegally distributed on the Internet was given to trusted individuals for a good purpose. I have no comment beyond that as I believe that there was no malicious intent with the initial distribution.”

Meyer went on to say that the leak was a “huge violation of my rights as an author, not to mention me as a human being.”

She then wrote, “As the author of the Twilight Saga, I control the copyright and it is up to the owner of the copyright to decide when the books should be made public; this is the same for musicians and filmmakers. Just because someone buys a book or movie or song, or gets a download off the Internet, doesn’t mean that they own the right to reproduce and distribute it … This has been a very upsetting experience for me, but I hope it will at least leave my fans with a better understanding of copyright and the importance of artistic control.”

She responded by releasing the partial manuscript on her website and bringing the project to a halt.

“After this incredibly busy year, I am now focusing on spending more time with my family and working on some other writing projects,” she said.

From that point, it was a waiting game.

In the years following the leak, Meyer indicated that she hoped to eventually continue writing Midnight Sun, but the ordeal made it difficult for her to pick up the project.

In an Entertainment Weekly interview leading up to the release of the first Twilight movie, the following exchange took place:

ENTERTAINMENT WEEKLY: Is Midnight Sun still dead to you, or can you see finishing and publishing it in the future?

STEPHENIE MEYER: It’s really complicated, because everyone now is in the driver’s seat, where they can make judgment calls. “Well, I think this should happen, I think she should do this.” I do not feel alone with the manuscript. And I cannot write when I don’t feel alone. So my goal is to go for, like, I don’t know, two years without ever hearing the words Midnight Sun. And once I’m pretty sure that everyone’s forgotten about it, I think I’ll be able to get to the place where I’m alone with it again. Then I’ll be able to sneak in and work on it again.

But the possibility of Midnight Sun hitting shelves seemed even dimmer in 2013. When asked in an interview about returning to the world of Twilight she said, “For me, it’s not a happy place to be.”

But she indicated the door wasn’t completely shut on Twilight.

“What I would probably do is three paragraphs on my blog saying which of the characters died,” she said. “I’m interested in spending time in other worlds, like Middle-Earth.”

Fifty Shades of No

Seven years after the initial controversy, Meyer indicated that she had picked the project back up again only to come to a halt for a second time.

“Midnight Sun is kind of cursed,” Entertainment Weekly reported she said to a Comic-Con crowd. Some bad news came her way just as she had started working on the novel again. “What do you think was the top story on Yahoo the next morning? … Grey.”

But what did that have to do with Twilight and Stephenie Meyer?

The Fifty Shades of Grey novels started off as Twilight fan fiction, originally titled Master of the Universe.

“This did start as Twilight fan fiction, inspired by Stephenie Meyer’s wonderful series of books,” James’ agent said in 2012. “Originally it was written as fan fiction, then Erika decided to take it down after there were some comments about the racy nature of the material. She took it down and thought, I’d always wanted to write. I’ve got a couple unpublished novels here. I will rewrite this thing, and create these iconic characters, Christian and Anna.”

“It was a literal flip the table moment for me,” Meyer said of the news. She released a gender-bent version of Twilight instead.

Fast forward to 2020 when a countdown timer mysteriously appeared on Stephenie Meyer’s website. Fans could only speculate at what the countdown meant, but many were convinced that when the clock hit zero, news about Midnight Sun would drop.

The prospect of news about Midnight Sun was so hyped that Meyer’s website crashed and was unresponsive for several hours on the morning of the announcement.

But the announcement did come.

“I am very excited to finally — finally — announce the release of Midnight Sun,” Meyer said in a video that aired on Good Morning America on May 4, 2020. “It’s a crazy time right now and I wasn’t sure if it was the right time to put this book out. But some of you have been waiting for so, so long. It just didn’t seem fair to make you wait anymore.”